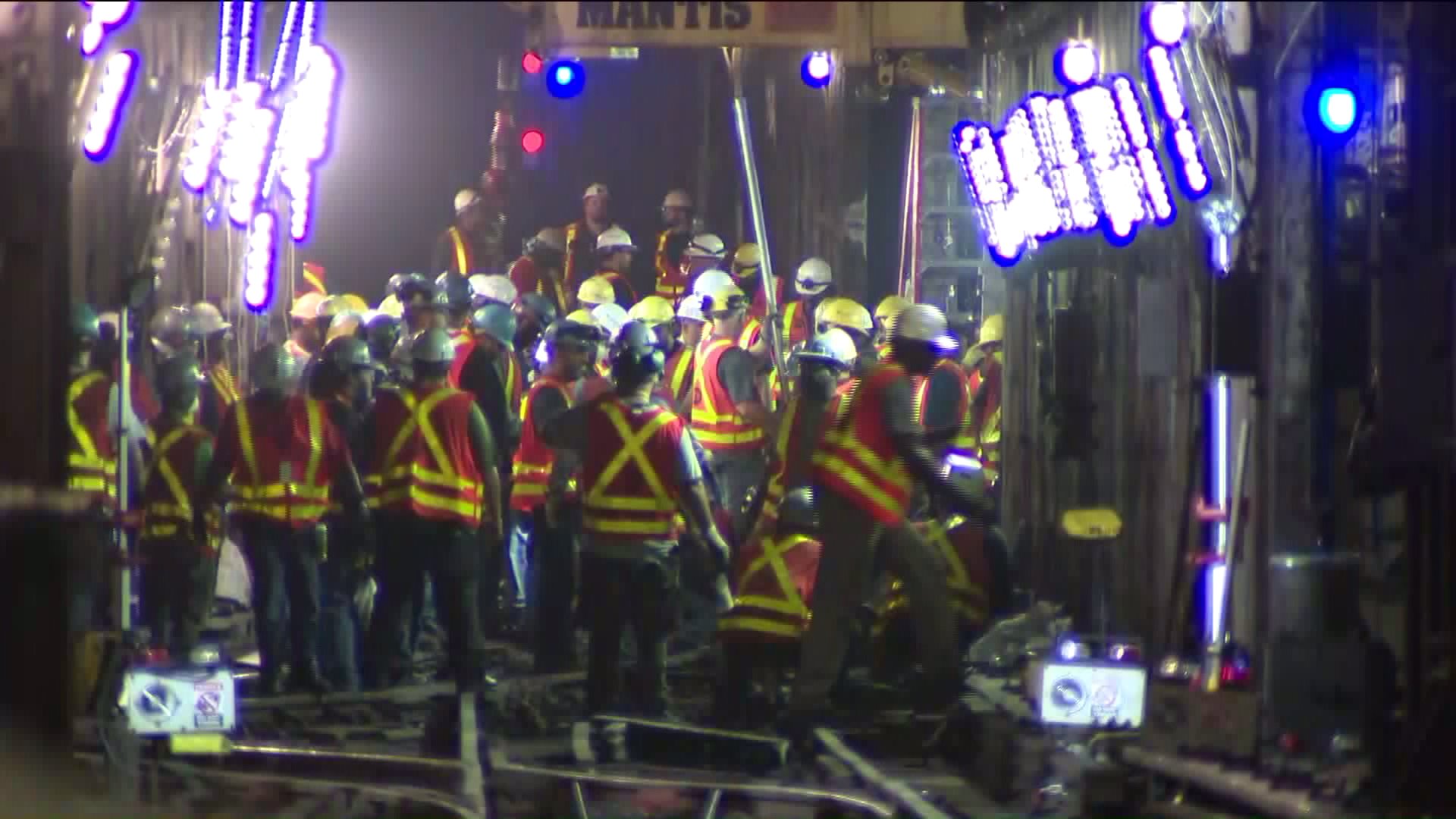 NEW YORK — Investigators probing the derailment of a New York City subway train said the accident was caused by an improperly secured spare rail, left on the tracks to make it easier to fix breakdowns quickly.

MTA Chairman Joe Lhota and Interim Executive Director Ronnie Hakim said in a statement that storing equipment between tracks is a common practice employed by railroads across the country to accelerate repairs.

"The key to this being an effective and safe practice is making sure that the extra equipment is properly bolted down, which does not appear to have happened in this case," they said.

The derailment on Tuesday in Harlem caused an A train to list and scrape along a tunnel wall, tossing people to the floor and forcing hundreds of passengers to evacuate through dark tunnels. About three-dozen people were hurt, though not seriously.

Crews were inspecting "every inch of rail" in the system Wednesday to ensure that all replacement parts left near the tracks were properly stored and secured, MTA officials said.

David B. Clarke, director of the Center for Transportation Research at the University of Tennessee, said it was unlikely vibrations from passing trains could have moved such a rail, since it weighs approximately 100 pounds per yard.

"You have to make sure employees are aware that whatever is near the track is not a hazard. In this case, somebody apparently failed," he said.

The derailment followed a winter and spring marked by mechanical failures, power outages and several episodes in which passengers were trapped on stuck trains for an hour or more.

"The pressures and problems of maintaining an older system while still operating 24/7 can lead to something like this," said Jim Gannon, spokesman for Transit Workers Union Local 100, which represents subway workers but not the suspended supervisors. "Every night, hundreds of them are out doing needed maintenance. They're under a lot of pressure."

Service on the four affected subway lines was restored Wednesday morning, though riders were told to expect residual delays.

An MTA track worker died last year after he was struck by a subway train in Brooklyn while working on a track project.