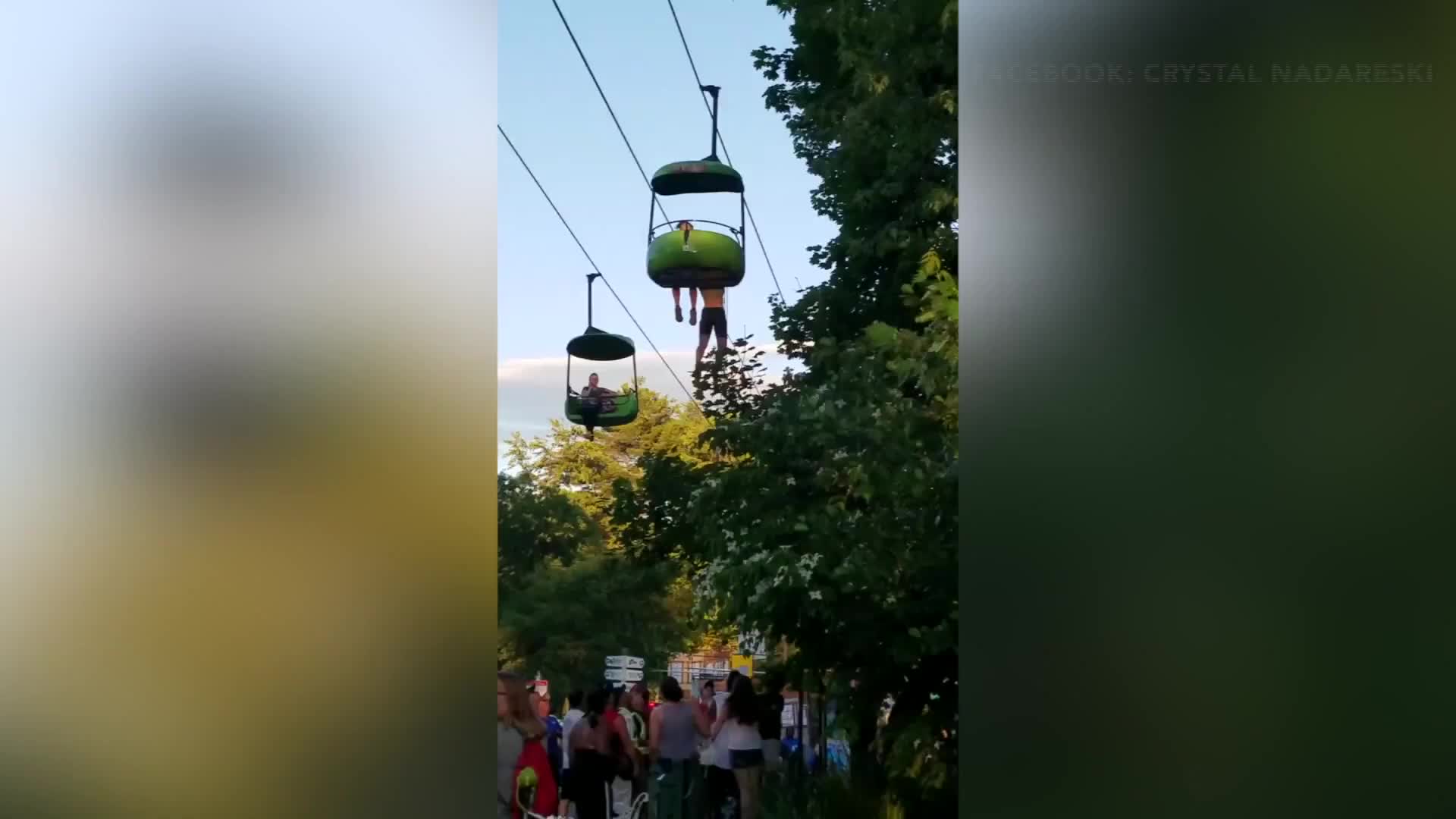 QUEENSBURY, N.Y. — A teenage girl's actions, not mechanical malfunctions, caused her to slip under a restraining bar on an amusement park gondola ride before falling into the arms of bystanders below, police said Monday.

Warren County sheriff's Lt. Steven Stockdale told The Post-Star of Glens Falls that "human error" on the part of the 14-year-old Delaware girl caused her to slip out of the two-person gondola while riding with her younger brother Saturday at Six Flags Great Escape.

The ride was stopped, and the girl dangled briefly before dropping about 25 feet (about 8 meters) into a crowd poised to catch her.

Onlookers, many of them recording the incident with their cellphones, broke into cheers when the girl landed in the arms of several people. She was taken to Albany Medical Center for unspecified injuries.

Stockdale said in an email that the girl, whose name hasn't been released, "looks like she's going to be OK." She was hospitalized, but has since been released.

Authorities said further investigation was being done to determine the exact circumstances surrounding the fall.

State inspectors cleared the Sky Ride for resuming operation, but officials at the park 55 miles (88 kilometers) north of Albany said the gondolas would remain idle for at least a second day Monday, pending an internal review.

Dennis Speigel, president of International Theme Park Services, a Cincinnati-based industry consultant, said he was familiar with the Sky Ride from previous visits to the park.

"It's not something that you could just slip out of," Spiegel said. "If a rider wants to circumvent the safety stipulations, they can do it. It wouldn't surprise me at all if they put additional safety restrictions on this ride, maybe safety belts."

After the girl began dangling from the gondola, word was relayed to the operator to stop the ride. As the teen helplessly flailed her legs, people on the pavement below yelled for her to let go and they would catch her.

Matthew Howard Sr., a contractor from Schenectady visiting the park with his family, was among those who broke her fall.