Classes just let out today, but NYC schools Chancellor Carmen Farina has been on vacation since Tuesday 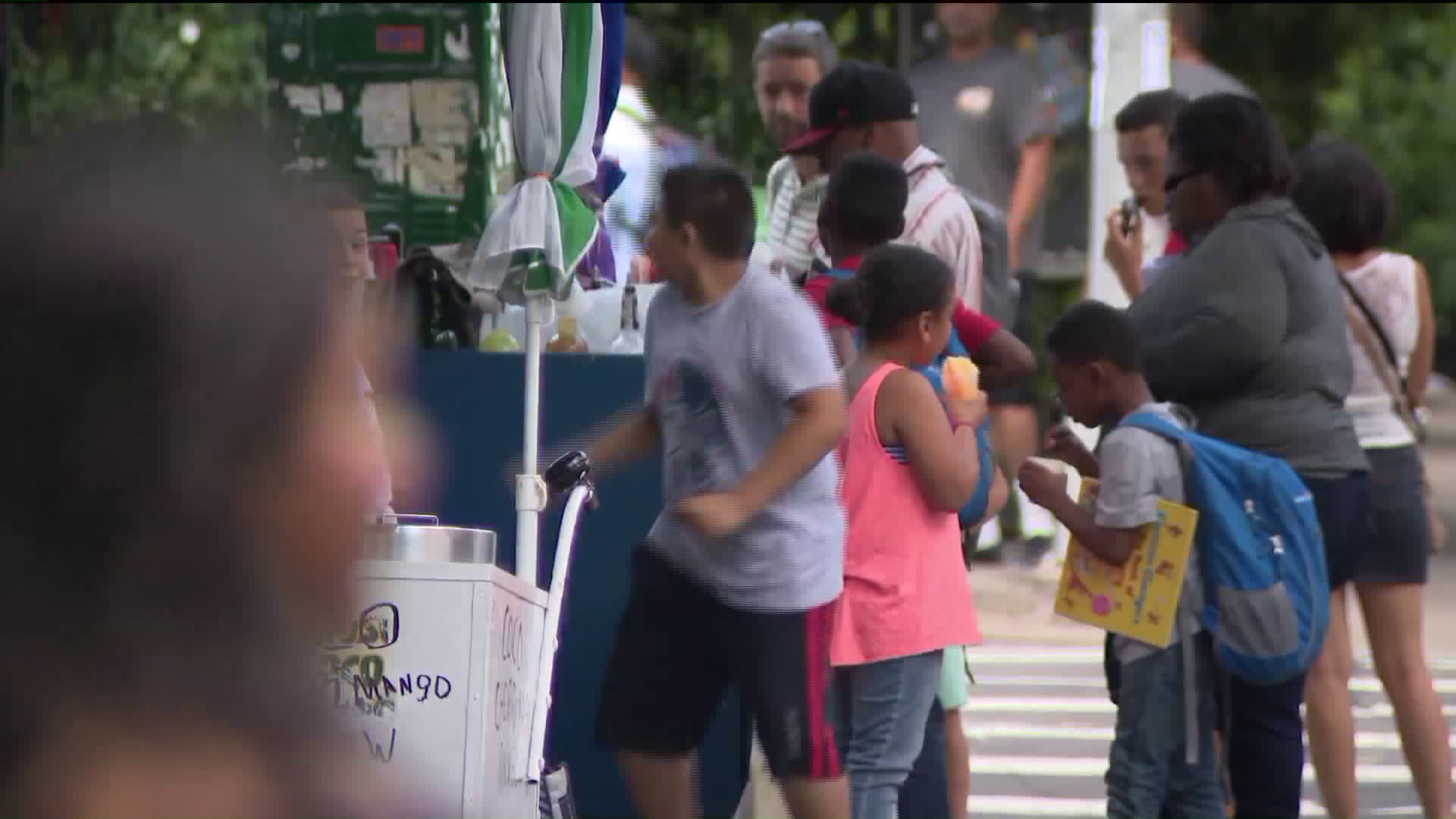 Parents were angered by the last week of school schedule and lack of attendance.

Among the no-shows this week is the person who runs all 1,700 schools in the system: Chancellor Carmen Fariña.  Her vacation at a time when families are expected to have their children in class, as well as the super-short final school week, raised questions among parents.

"We were off Monday," said Manny Soto, a parent of a rising fifth grader at P.S. 64 on the Lower East Side. "[We had a] half day yesterday and today," Soto continued.  "They should've just ended school on Friday."

Other parents, like Felicha Morales, the mother of a rising fourth grader, agreed.

"Some of the parents work, so its very inconvenient to leave work, then pick up the kid here," she said.

A fifth grade student pointed out the other issue with the way the last week of the school year has played out — low attendance rates.

"It was half empty of kids," Jayden Cadiz said about his classroom's attendance on Tuesday, which was also a half day.  Final numbers for Wednesday are not yet available.

Education professor and author David Bloomfied looks at the super-short final week from a policy perspective, and the view is not pretty.

"Making kids attend school when the building is half empty, and the students are not learning is ridiculous and loses credibility for the public schools and the mayor," Bloomfied said. "State aid flows with the number of school days. So we're getting money for that, even though the money will decrease because of a lack of attendance."

As for Chancellor Carmen Fariña's lack of attendance, Department of Education spokesperson Toya Holness told PIX11 News in a statement, "The Chancellor had a longstanding family commitment to be the primary caretaker of her grandchildren on a trip, and is in constant communication with her senior staff while she’s away.”

DOE attendance numbers also show that Tuesday's attendance was 69.4 percent, just a hair higher than the second to last day of school in 2016, which was 69.3 percent.

Regarding Fariña not being present on Tuesday or Wednesday, particularly at a time when state legislators in Albany are holding a special session now to see if Fariña's boss, Mayor Bill de Blasio, will retain control of public schools, Bloomfield said, "She should've been here for the image of it and because mayoral control is at risk."