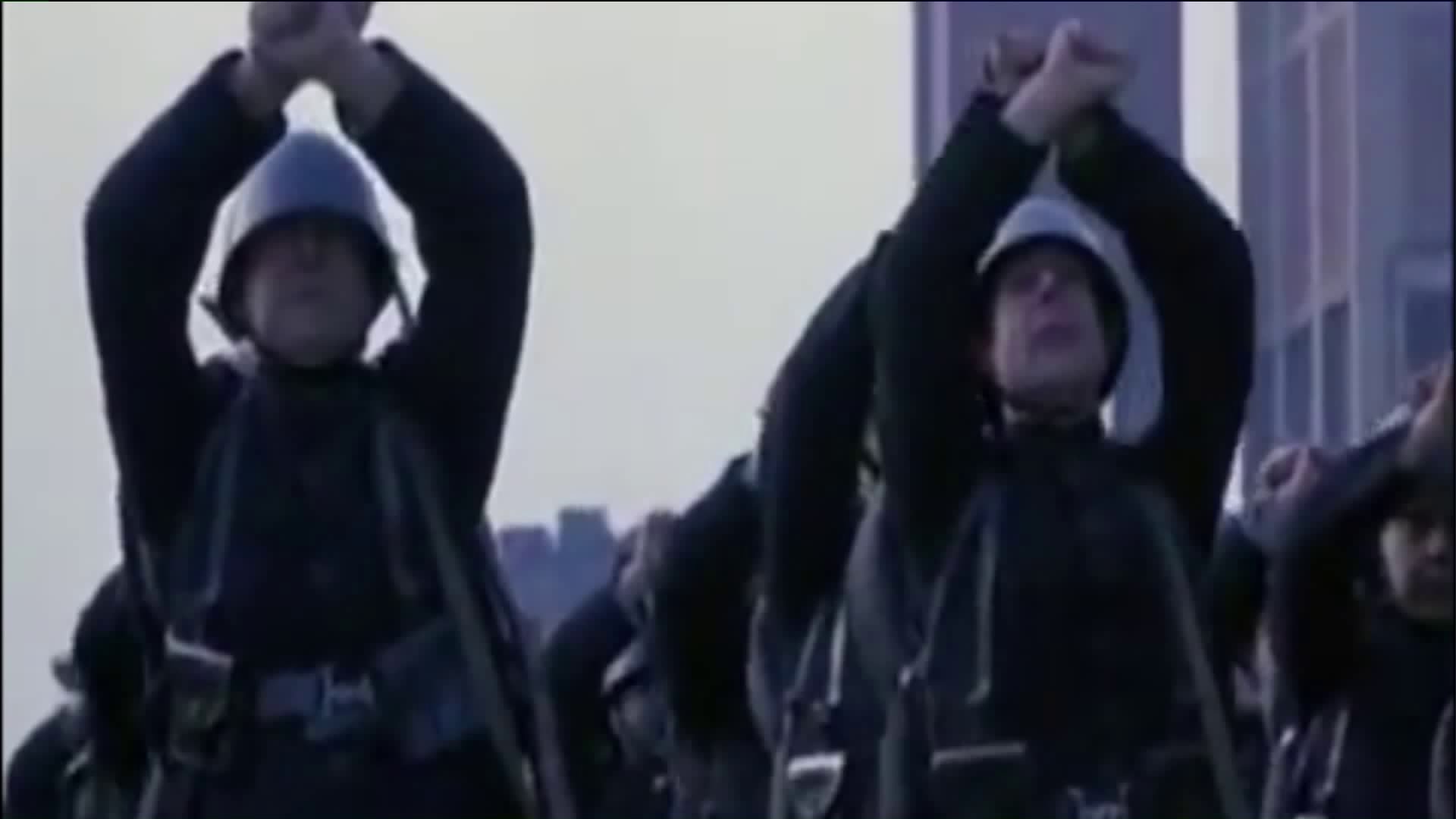 NEW YORK — "1984" has come to Broadway, and it's making theater-goers faint, vomit, scream at the actors from their seats, and get in fights.

"1984" was published in 1949. The fictional story describes a futuristic authoritarian state that is engaged in smothering surveillance of its citizens. (georgeorwell.org)

Jackhammers, strobe lights and sudden blackouts add to the play's provocative and shocking torture scenes. The most distressing and "increasingly queasy" torture scene — where actor Reed Birney calls on a team of men in hazmat suits to torture the character Winston, played by Tom Sturridge — had an attendee pleading with Birney to stop the torture.

The play previously ran in London, where these scenes caused some viewers to faint, and others to begin throwing up, according to The Hollywood Reporter.

"If people don't pass out, I hope they're reminded of our power as citizens, and our responsibility as human beings to each other," Birney told publication.

Matt Windman, who reviewed the play for amNY.com, said it is "more exciting and effective than this summer's other politically-oriented productions" like the controversial Trump-inspired staging of Julius Caesar.

Starring Sturridge as Winston, a man desperate but cautiously rebelling; and Olivia Wilde as Julia, a coworker who joins Winston and becomes romantically involved with him, the play focuses on themes of truthfulness and language. The novel, which was published 68 years ago, became a best-seller again earlier this year. The Broadway version opened on Thursday at the Hudson Theatre.

Director Robert Icke, told The Hollywood Reporter that, "If this show is the most upsetting part of anyone's day, they're not reading the news headlines. Things are much worse than a piece of theater getting under your skin a little bit."

His co-director, Duncan Macmillan added: "We're not trying to be willfully assaultive or exploitatively shock people, but there's nothing here or in the disturbing novel that isn't happening right now, somewhere around the world."

The play is off limits to children under 13, for good reason; during the previews, Sturridge broke his nose and Wilde broke her tailbone and dislocated a rib, according to The Hollywood Reporter. Security guards are placed throughout the theater during the play to manage the attendees' reactions -- the end of the play left two viewers in London so on edge that they immediately began to argue. Police were called, and charges were pressed.

The play "allows you to empathize in a visceral way, and that means making the audience physically and emotionally uncomfortable," Wilde said.