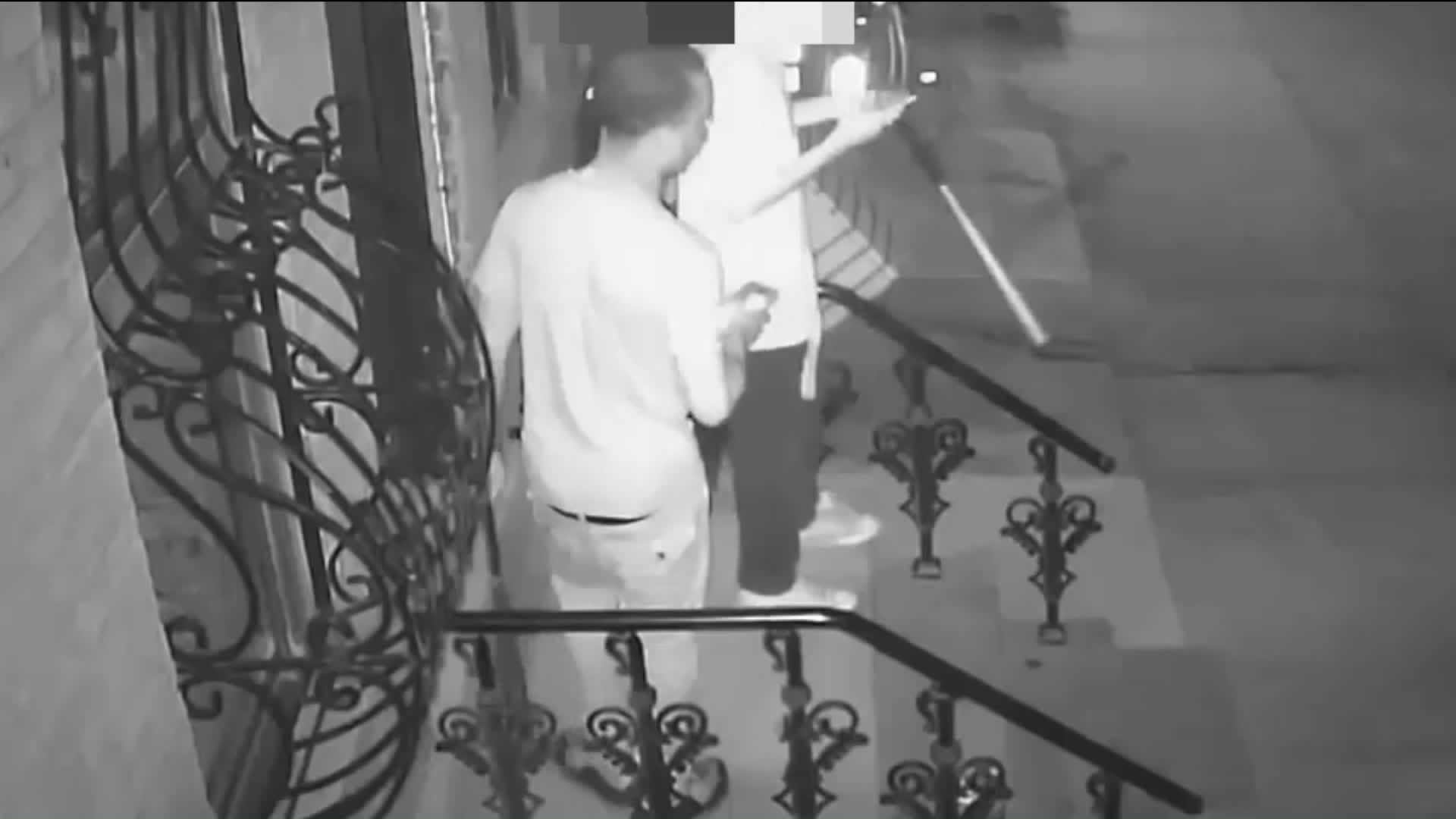 Video shows the unidentified man standing on a stoop next to a person holding a bat.

Police are searching for the man pictured after another man was killed in Park Slope on June 19, 2017. (NYPD)

Ikonomidis was found unconscious and unresponsive early last Monday, suffering a stab wound in his chest and trauma to his body.

Following the tryst, police say the woman told her boyfriend, who was not a participant in the sex act, that she was sexually assaulted. That man, along with some friends, then allegedly killed Ikonomidis.

From jail, Membreno tells the Daily News he was stunned to learn his girlfriend might not have been raped.

Gabriel Dos Santos, 24, of Brooklyn, has also been arrested in Ikonomidis' death. He faces charges or murder, gang assault and criminal possession of a weapon, police say.

The third man sought by police is described as standing about 5 feet 9 inches tall, weighing 165 to 170 pounds, and was last seen wearing a T-shirt, jeans and sneakers.