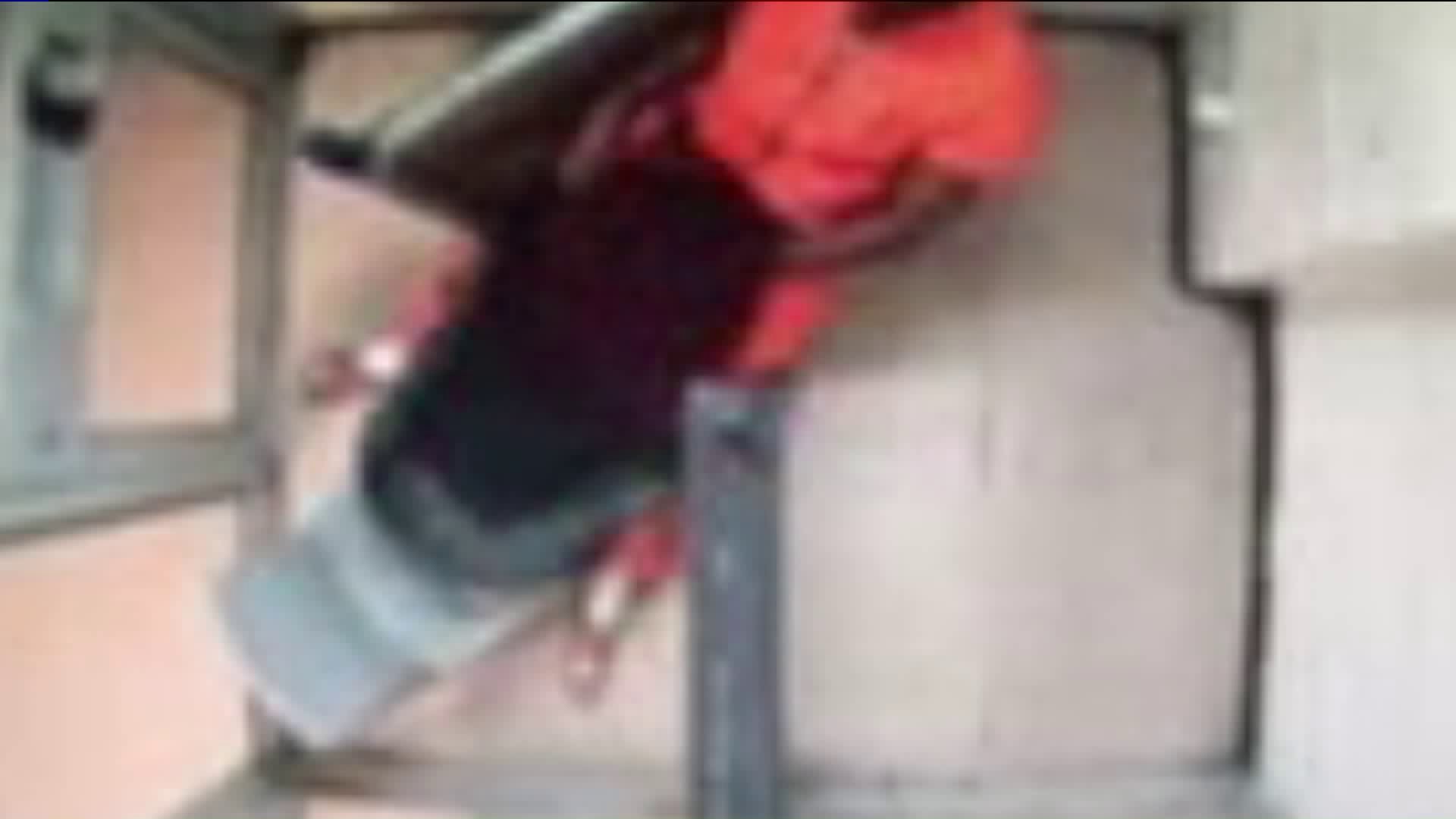 It is a PIX11 exclusive and the details may not be suitable for children, as this involves sex behind the walls of Rikers island, and we are not talking about just inmates here. In video sent to PIX11, an inmate is placed in a private room for his visit with a woman who then performs oral sex on him.

NEW YORK — It is a PIX11 exclusive and the details may not be suitable for children, as this involves sex behind the walls of Rikers island, and we are not talking about just inmates here.

Let's take you back inside the walls off the George Motchan Detention Center (GMDC) complex at Rikers Island earlier this month.

Sources said an inmate, whose name PIX11 has decided not to publish, was granted a request to see a visitor.

The inmate was behind bars for an armed robbery charge and is a known member of the Bloods gang. Sources told PIX11 that while at Rikers, he was placed in punitive segregation, also known as solitary confinement.

In video sent to PIX11, the inmate is placed in a private room for his visit. After a few seconds, the male inmate begins to grope the female visitor, with what looks like her approval. The inmate, at times, puts his hands into the visitor's pants.

The visitor then performs oral sex on the inmate. According to our source, a few minutes go by without any appearance from a Department of Correction employee.

In fact, department policy states that visits shall always be supervised and that physical contact includes a short embrace at the beginning and end of every visit.

In this case, the department would only say that the matter is "under investigation."

"The CO is on the floor," said Elias Husamudeen, president of the Correction Officer Benevolent Association. "He is not only responsible for the inmate in punitive segregation who gets a visit, but he is also responsible for 50 other inmates.

Husamudeen defended the actions of the officer who may have walked away from supervising this visit, saying his officers are short staffed when it comes to visits.

In the past two years, PIX11 has published numerous videos showing inmates with weapons and cellphones, some of those videos demonstrating how inmates will go to extremes to hide those weapons in their body cavities.

In this case, Husamudeen said this is an example of how contraband can find its way inside of the jail complex.

"A visitor like this should be banned for the rest of her life," Husamudeen said.