Raccoon rides on No. 6 train in latest bizarre viral video from NYC subway 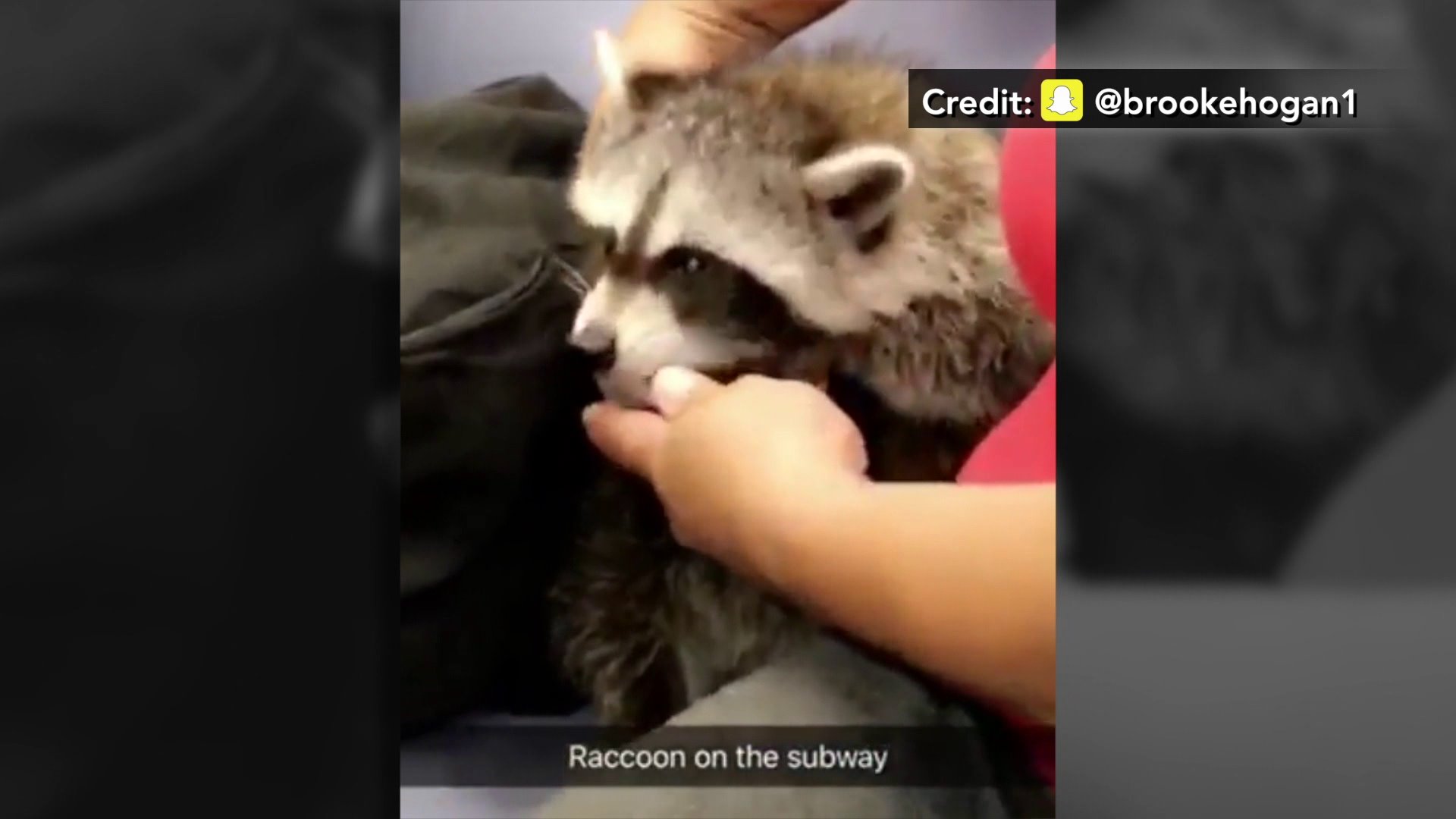 A raccoon was seen traveling on an uptown 6-train last week. The bizarre scene was captured on video by model Brooke Hogan.

NEW YORK — A raccoon was seen traveling on an uptown No. 6 train last week as it was being fed and cradled by an unidentified woman.

The bizarre scene was captured on video by Australian model Brooke Hogan and later posted on Snapchat.

The episode, which prompted a slew of comments and views on social media, is just the latest in a series of head-scratchers to unravel in the city’s underground.

At the helm of it all is TV producer Rick McGuire whose made it his goal to spotlight all the crazy and surreal sights the New York City subway has to offer via his popular Instagram account Subway Creatures.

“When I moved here about 6, 7 years ago. I started to notice all the stuff that was going on down there,” McGuire told PIX11 News. “I realized that there was no platform for this stuff to be documented, so I decided to take it in my own hands and do that."

A majority of the featured content is user-generated and is brought to McGuire’s attention through submissions, including the raccoon subway rider.

Despite an array of weirdness, including a few weeks back when a subway rider's head became stuck in a train's doors, it’s animals traveling underground that bring that viral magic.

“Just recently someone else had an iguana," McGuire said. "A lot of reptiles, as far as snakes, and a woman walking a peacock a few weeks ago, which almost trumps the raccoon to me.”

What McGuire says he won’t feature on his page are any videos or photos that exploit children or the homeless.

Now as far as the raccoon goes, it remains unclear who brought it onboard the subway last week.

What’s crystal clear: it is illegal to have a raccoon as a pet in the city of New York.