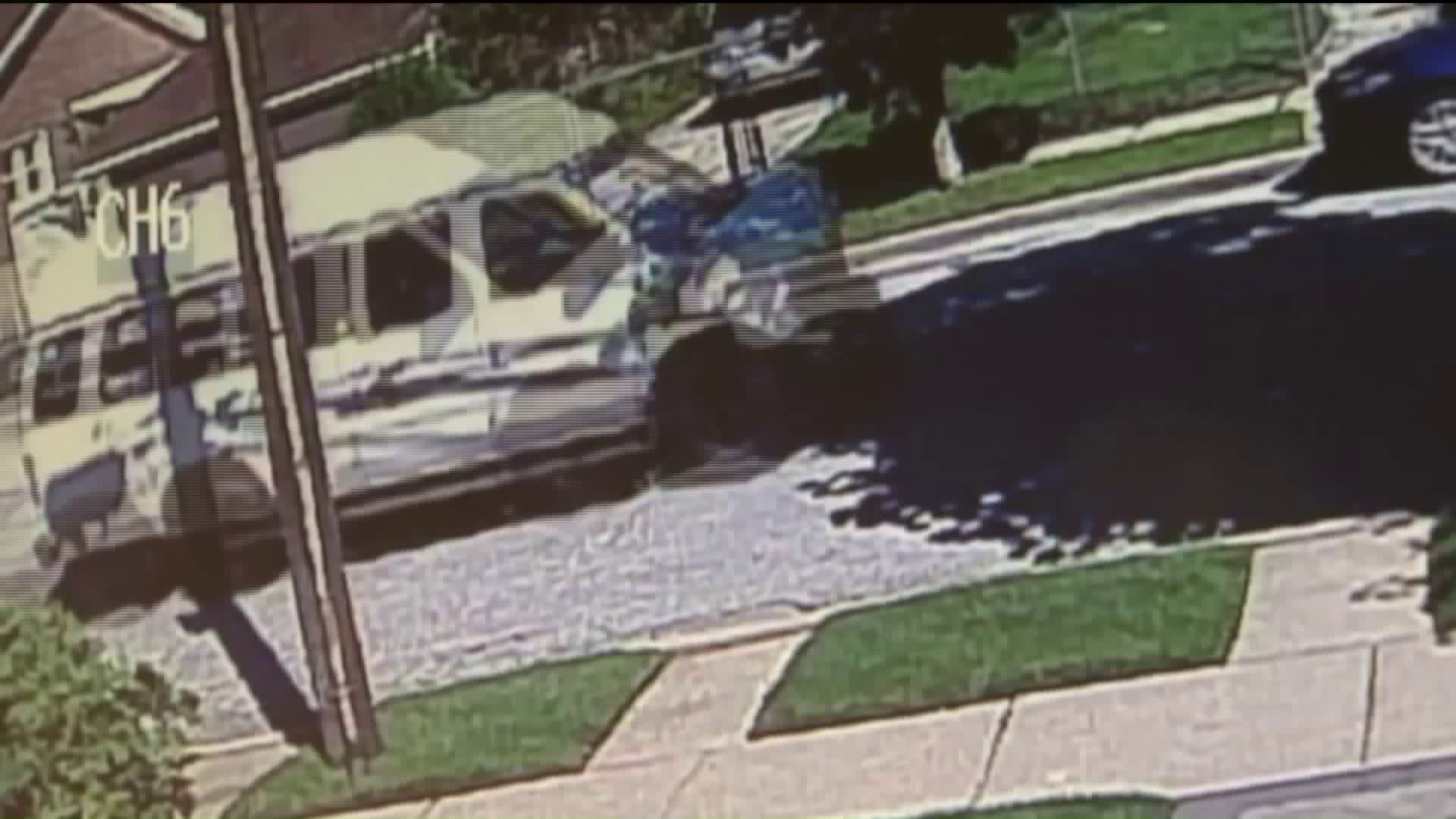 Pedro Aponte, 45, allegedly struck a utility pole and then drove off, police said. He crashed into another pole less than a mile down the road.

A 77-year-old dialysis patient was in the back of the ambulete, police said. His ribs were injured in the two crashes. The injuries were not life-threatening, but the patient was treated at a local hospital.

Police found Aponte lying on the ground next to the ambulette on E. Greenwich Avenue, officials said. It was heavily damaged and the utility police was fractured. A parked car was also damaged.

Aponte, who was admitted to the hospital after he complained of chest pains, was charged with criminal mischief, reckless endangerment, driving while intoxicated, driving while ability impaired and leaving the scene of an incident.

He has not yet been arraigned.