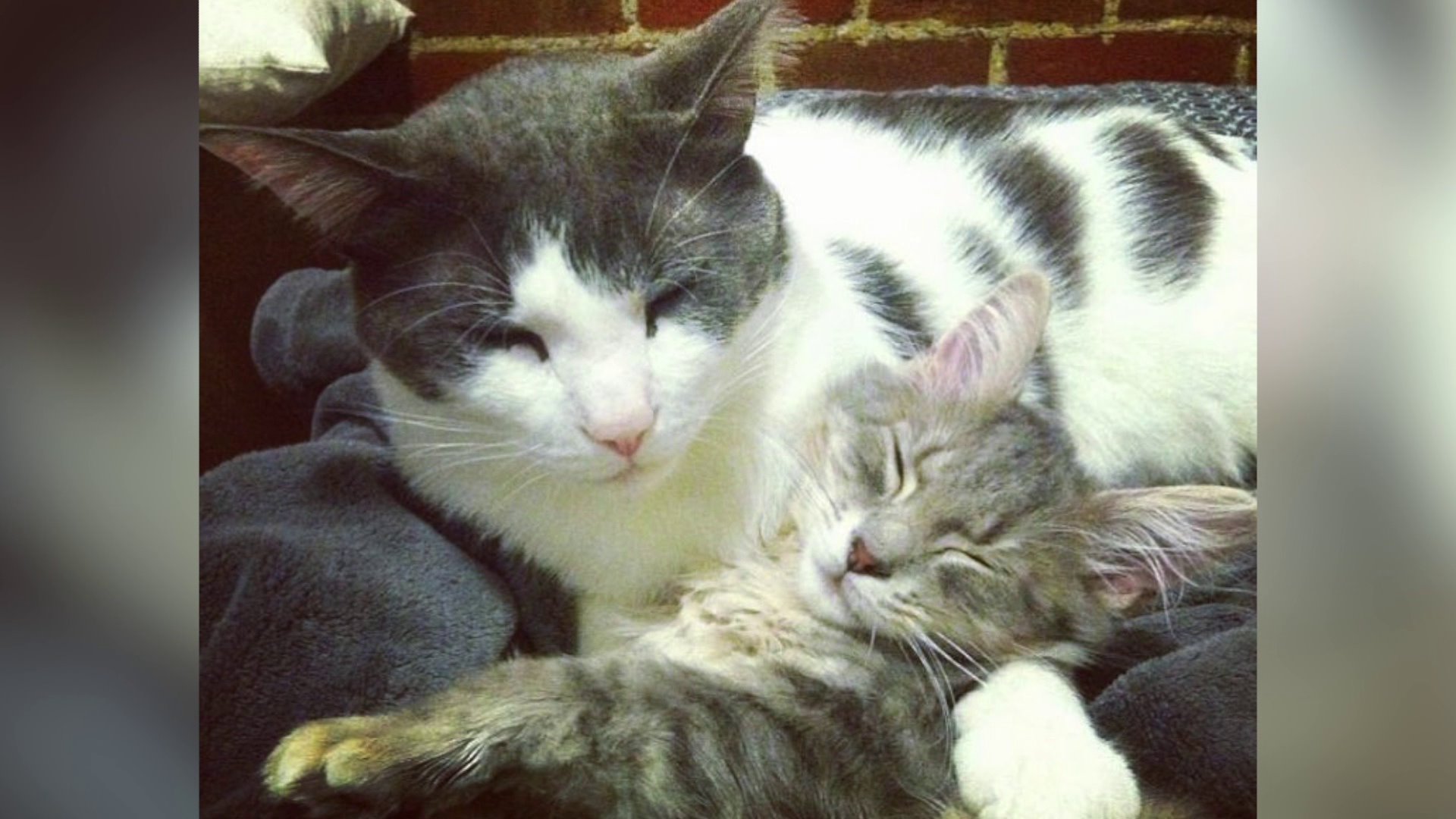 He`s fostered dozens of cats and kittens, but there`s a catch: he`s a house cat himself.

UPPER WEST SIDE, Manhattan —He's fostered dozens of cats and kittens, but there's a catch: he's a house cat himself.

Charlie and his human - Chandler Alteri - live on the Upper West Side and regularly take in felines in need. The duo has taken in and fostered 25 cats over the last few years and Charlie seems to love being a foster dad to feline after feline.

Boing is in for the Chandler treatment.

"He bathes them, he kisses them," said Alteri. "He will sometimes pick them up with his mouth and bring them to his bed and cuddle with them. He's super nurturing and very very precious with them."

Charlie, who turns seven next week, had a rough start to life. He was rescued himself after he was found abandoned in a box at a Tennessee campground.

Chandler and Alteri's  goal is to temporarily care for animals and get them emotionally ready to be adopted. Fostering also frees up shelter space for other animals.

"We try to create most adoptable pet," Alteri said.

The pair take on foster cats for an average of two months and Charlie plays a big role each time. Alteri calls him her Southern Gentleman.

“He’s never been afraid of a kitten, never met another animal he didn’t like. Charlie is the best to come home to, like coming home to your best friend!”