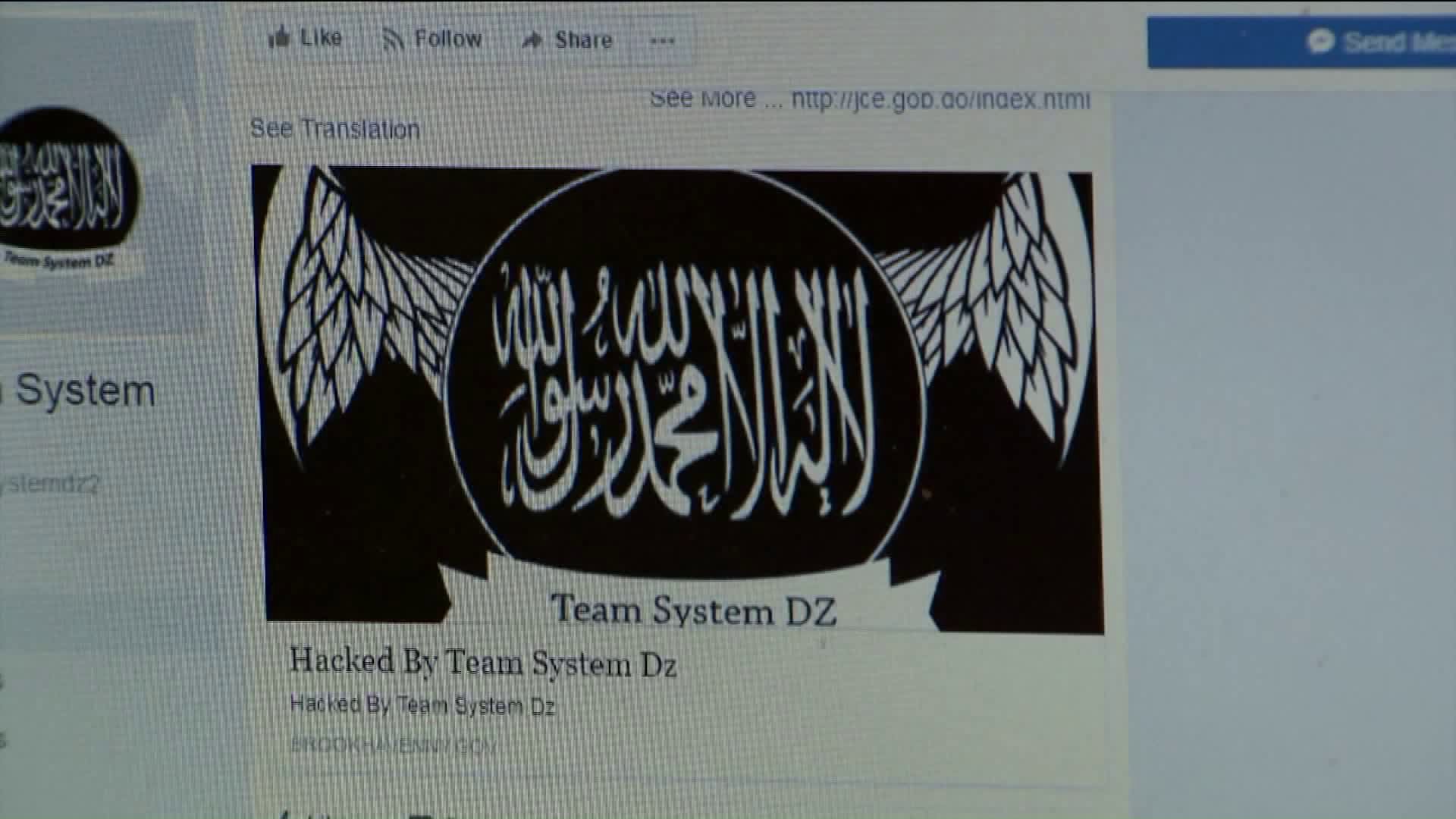 A message posted on the website of Republican Ohio Gov. John Kasich said, "You will be held accountable Trump, you and all your people for every drop of blood flowing in Muslim countries."

COLUMBUS, Ohio — Government websites, many of them in Ohio, were hacked Sunday with a message that purports to be supportive of the Islamic State terrorist group.

A message posted on the website of Republican Ohio Gov. John Kasich said, "You will be held accountable Trump, you and all your people for every drop of blood flowing in Muslim countries."

The same message also infiltrated government websites in the town of Brookhaven, New York, according to news reports in that state, as well as the website for Howard County, Maryland. In the past, the group also claimed responsibility for similar hacks in the past in Richland County, Wisconsin, and in places such as Aberdeen, Scotland, and Sweden.

Several other government websites were hacked in Ohio, including that of first lady Karen Kasich, Medicaid, the Ohio Department of Rehabilitation and Correction and the Casino Control Commission.

Tom Hoyt, chief communications officer for Ohio's Department of Administrative Services, was among Ohio officials who confirmed the hack.

"All affected servers have been taken offline and we are investigating how these hackers were able to deface these websites," he said. "We also are working with law enforcement to better understand what happened."

He said the hacking in Ohio happened at about 11 a.m. EDT. He hoped the websites would be up and running sometime Monday.

The websites in Brookhaven and Howard County also remained down on Sunday. When asked about the outage on the Brookhaven site, a spokeswoman who answered the phone at the New York town's police department simply offered a "no comment."

The hack is part of ongoing cyberterrorism that has impacted governments and corporations across the globe.

Some see these types of hacks — sometimes called "defacement" — as simply a nuisance, though in some instances, they have been disruptive to work and government life.

But others see cause for alarm. "Wake up freedom-loving Americans. Radical Islam infiltrating the heartland," Josh Mandel, the Ohio treasurer and a Republican candidate for U.S. Senate, said in a tweet Sunday.

Authors of the website "Cryptosphere," which tracks hackers worldwide, have detailed dozens, if not hundreds, of similar hacks in recent years by the so-called Team System DZ, which they called a "pro-ISIS hacker crew" and claim are based in Algeria.

Impacted websites, they said, have included those for a synagogue in Florida, the student union at the University of New Brunswick in Canada, for UK Rugby and a number of websites on WordPress.