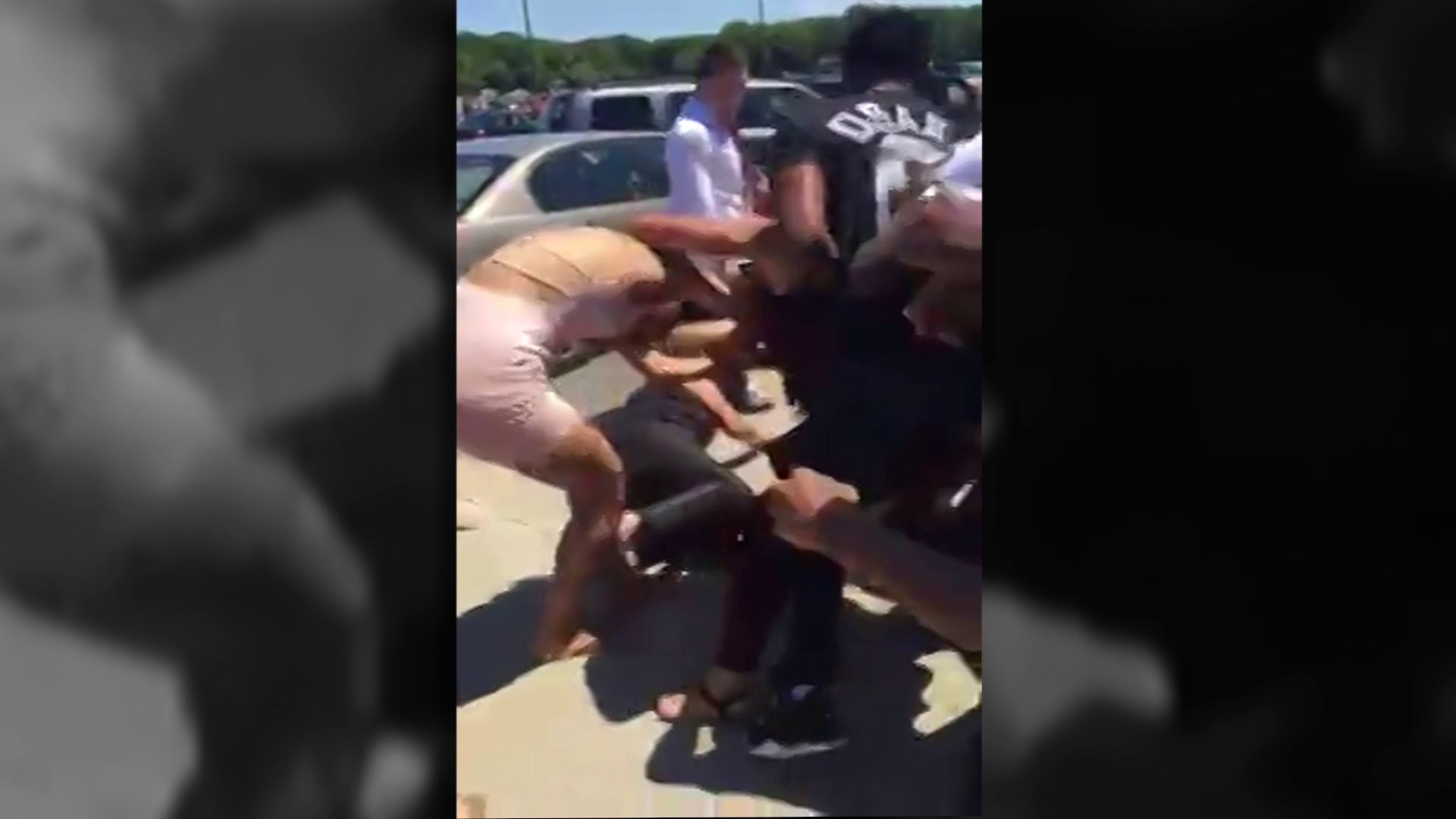 The bloody brawl was caught on camera.

MASTIC BEACH, Suffolk County — A melee broke out at a graduation celebration at William Floyd High School in Mastic Beach over the weekend when a fight between two women escalated into an all-out brawl caught on cellphone video.

Video of the incident was posted to Facebook. It shows two women punching each other and wrestling on the ground.

Several people tried to separate them but another woman ran up and started kicking one of the brawlers. The two were finally separated but not before one of the women had blood pouring down of her face.

Witnesses said the women had an ongoing problem. Police were called but no arrests have been made.

In a statement a spokesperson for the district said:

"We are disappointed by the actions of those who instigated the incident on what was a joyous occasion for our students and their families. District officials have met with law enforcement and we are pressing charges.

"As a school and community, we won't let the small number of spectators involved in inappropriate behavior overshadow the accomplishments of so many wonderful students and their families celebrating graduation day.

"Many of our students are headed to the finest colleges and universities in the world, will serve honorably in the armed forces or begin the initial steps of their careers after learning valuable skills in one of our career and technical education academies. Graduation day is about them."