Drunk driver faces slew of charges for mowing down bicyclist after Pride: police 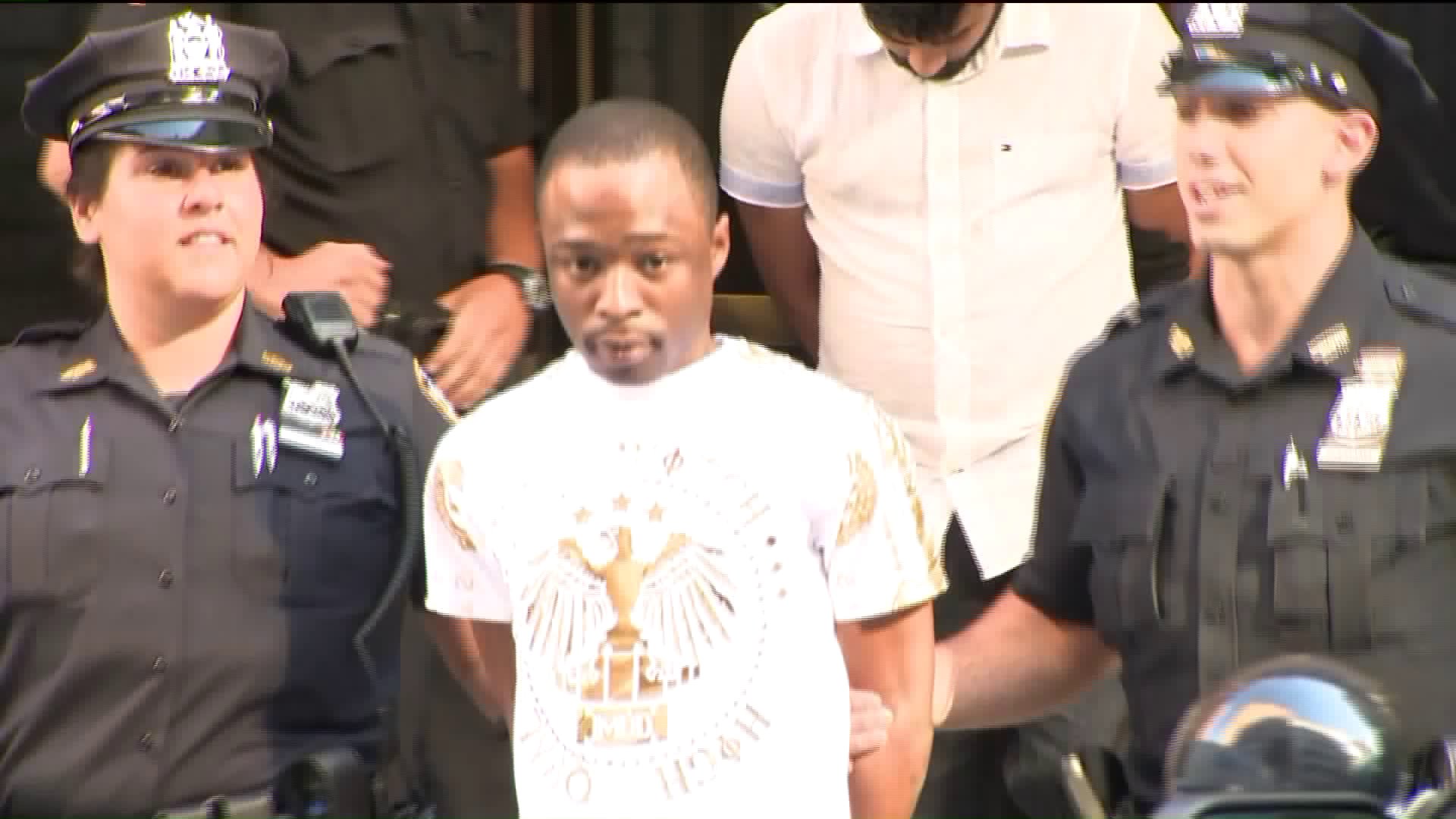 Raheem Addison, 28, of Brooklyn, faces charges ofvehicular assault, driving while impaired and without a license. Police initially said he was believed to have a suspended license.

MIDTOWN, Manhattan — A man with a lengthy arrest record faces a slew of charges for allegedly driving drunk after reveling at the weekend's Pride March, then striking a bicyclist, leaving the victim seriously injured, police said Monday.

Raheem Addison was arrested after a crash in midtown injured a bicyclist on June 25, 2017. (PIX11)

Raheem Addison, 28, of Brooklyn, faces charges of vehicular assault, driving while impaired and without a license. Police initially said he was believed to have a suspended license.

Addison was allegedly partying at the Pride March Sunday before getting behind the wheel, according to police.

He was spotted driving recklessly in a parking garage Sunday night, officials said. That's when an attendant called 911, reporting the driver appeared unstable and aggressive.

The car crossed over Eighth Avenue onto 34th Street and police attempted to pull the car over, but the driver turned left onto Seventh Avenue and up to West 36th Street, where he made a U-turn.

A family, including a child, were among those able to avoid being struck, but a bicyclist was hit, police say.

The cyclist, 32, was thrown from the bike, and initially hospitalized in critical condition. Officials later said he is in serious condition.

Following the crash, the driver fled into a store and attempted to hide, but was apprehended, police say.

Addison had more than double the legal alcohol limit in his system at the time, and has 21 prior arrests, mostly for driving infractions, police added.