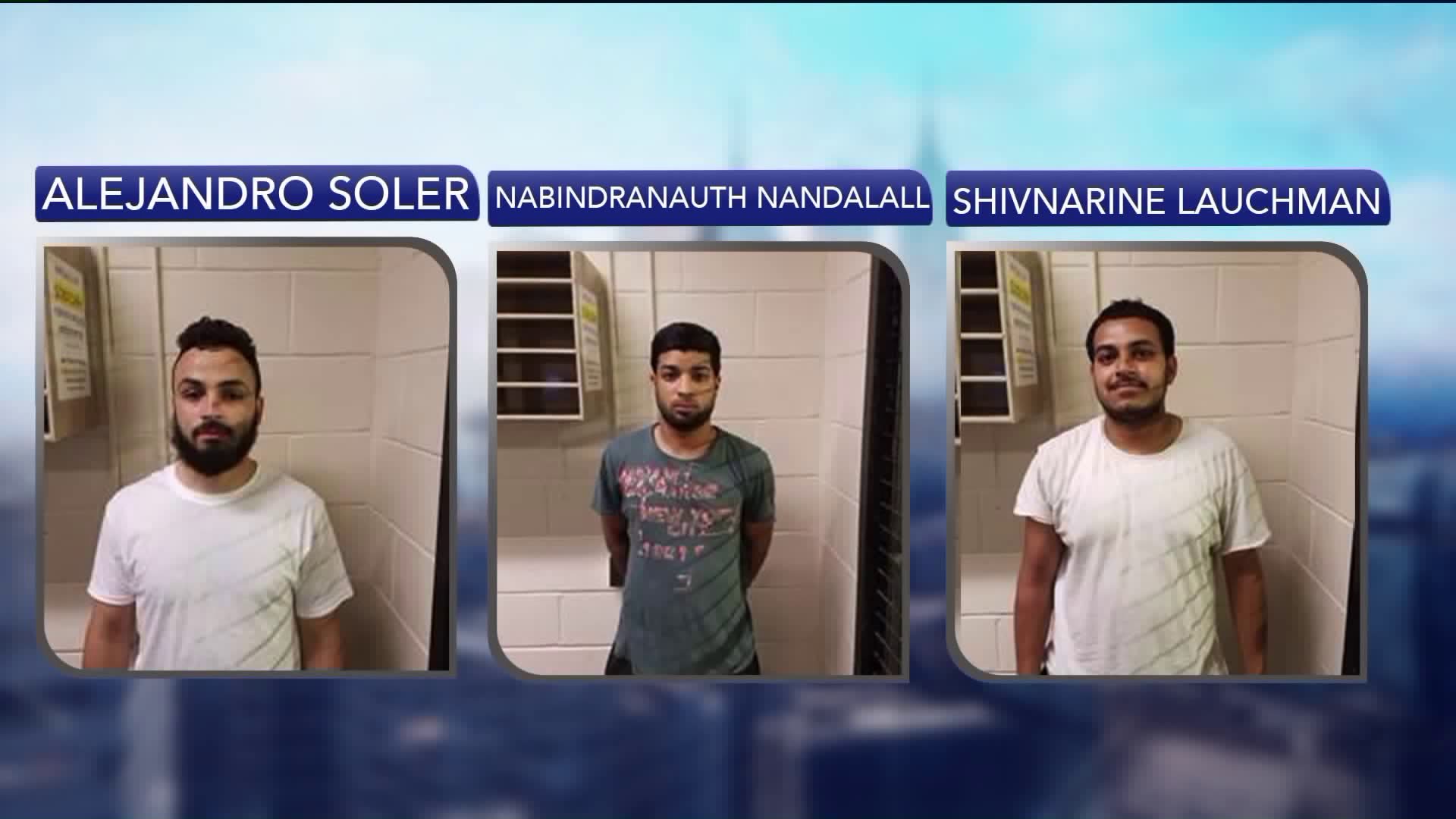 Fire Marshals have arrested three men who set off fireworks that sparked a huge Bronx blaze.

UNIONPORT, the Bronx —Fire Marshals have arrested three men who set off fireworks that sparked a huge Bronx blaze.

A 27-year-old, and two 23-year-olds were charged with illegal possession of fireworks, arson and criminal mischief. Marshals say the men admit they were having a "fireworks fight."

Firefighters were called to the scene at about 3:40 p.m. Thursday and arrived in five minutes. The blaze started in the rear of one building but spread quickly to six other homes and vehicles parked nearby. One person was injured, and seven firefighters suffered non-life-threatening injuries, including one who was briefly hospitalized.

Some people said they heard fireworks when the blaze began.

"I did hear quite a bit of fireworks in the area," said Roseanne Ramdhan, a woman whose home was damaged in the fire. "Not like your normal fireworks - it was massive. When it exploded it went off like an orange light."