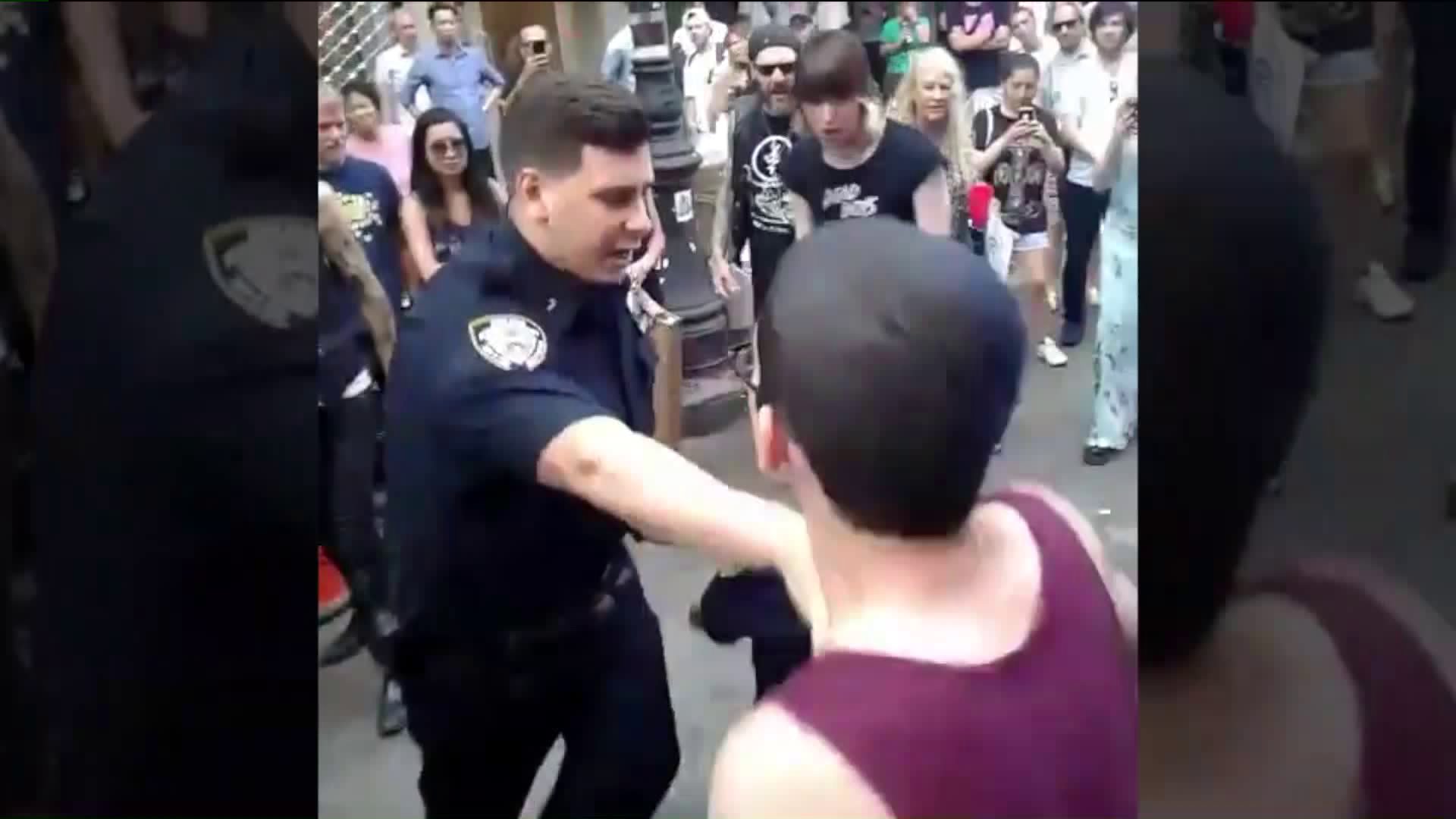 It was part of Make Music NYC on the summer solstice.

LOWER EAST SIDE, Manhattan — It was a beautiful day on the first day of summer and the classic rock 'n' roll band Beachwood was playing before a crowd of 50 to 60 people on the sidewalk in front The Cast on Orchard Street.

It was part of Make Music NYC on the summer solstice.

The leather shop owner had a permit for the outdoor music concert as he has for the past six years.

But this year, according to band members and their supporters, police used aggressive and overly abusive tactics on the musicians.

"I was just about into my second song when I was completely blindsided," Isa Dorrian Tineo, the band's drummer, told PIX11. "They threw me against the window, handcuffed me and arrested me."

A volunteer with The Cast pulled out his phone and took pictures of the arrest.

"Cop rolled up, turned on lights and sirens, se figured they were here to clear the road," Ian Casey, a volunteer with The Cast Store, told PIX11.

"Then they made a beeline for this gentleman here," gesturing to the drummer.

They said the drummer picked up a cup of beer and hurled it at the police car, striking the passenger window and spraying the officer with beer.

Police also claim the drummer resisted arrest and pushed the officer in the chest causing him to fall backwards.

Another band member, according to police, spat in an officer's face as he tried to let the drummer out of the back of the police car.

Police threatened to use a taser but it is unclear if it was ever used.

"Regardless of shat they thought happened, what they thought they saw, whatever their perspective was," the drummer Times said, "they way they went about it, it was a ridiculous abuse of power.

The other band member, Sidney Simons, is being charged with resisting arrest aggravated harassment disorderly conduct and and obstructing governmental administration.