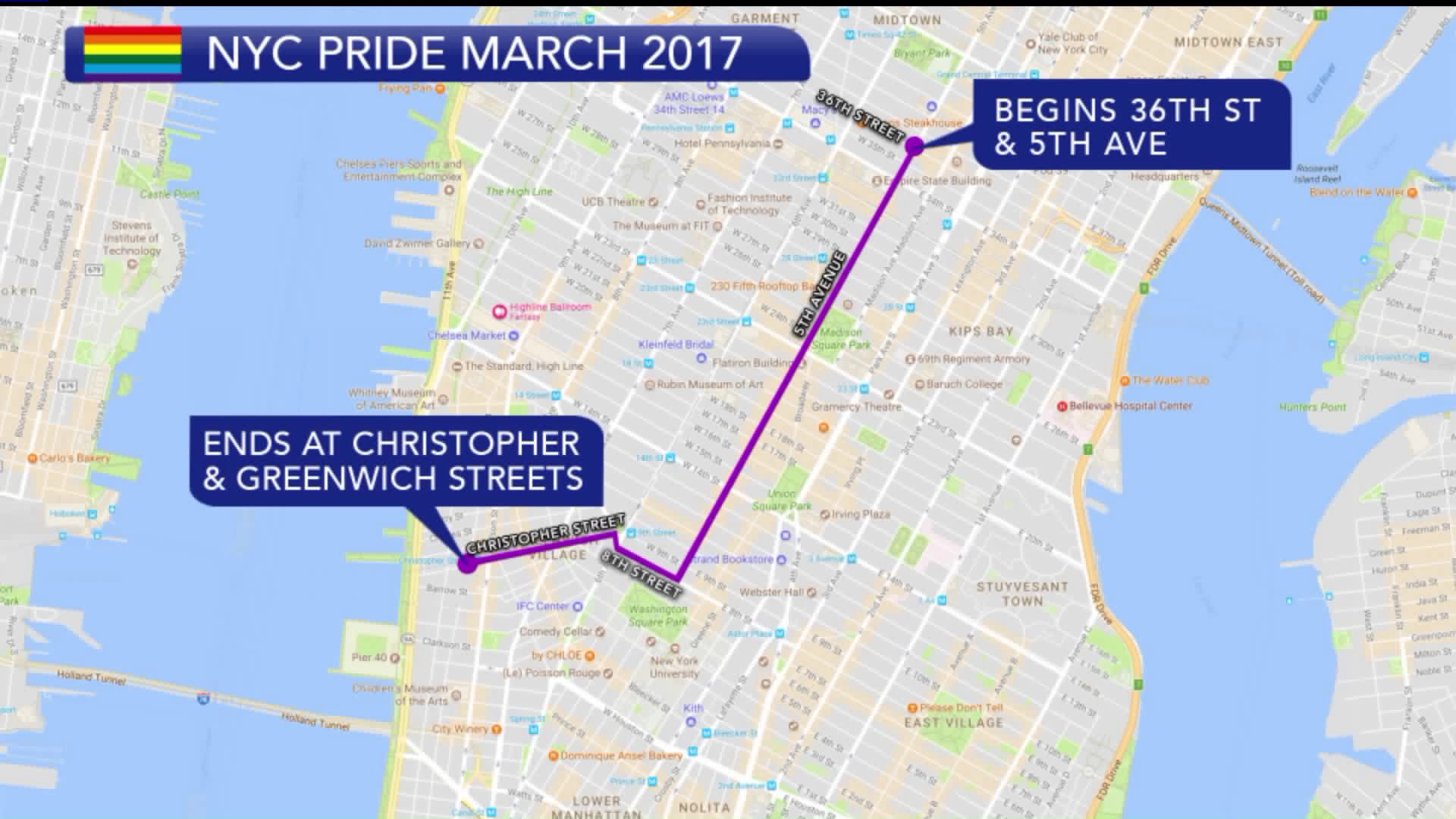 Pride March is set to take place Sunday at 3 p.m.

Tegan and Sara,  lesbian twin sisters from Canada, were the headliners for Pride Island this crowd went wild on Pier 26,  otherwise known as Queer on the Pier,  as the sign says.

"It's really rejuvenating to be on a pier with so many gay people," Lia Hagen, a Pride Island participant, told PIX11.

Many of the Pride Island participants say they are thrilled that one of the grand Marshals is the FDNY's first transgendered woman.

And whether gay or straight, this year's gay pride parade has special meaning for the millions who'll be either marching or watching.

"Whether gay, lesbian, bisexual, transgendered of queer, we have to send a message to the current administration," Dan Garmon, Pride Island participant, told PIX11.