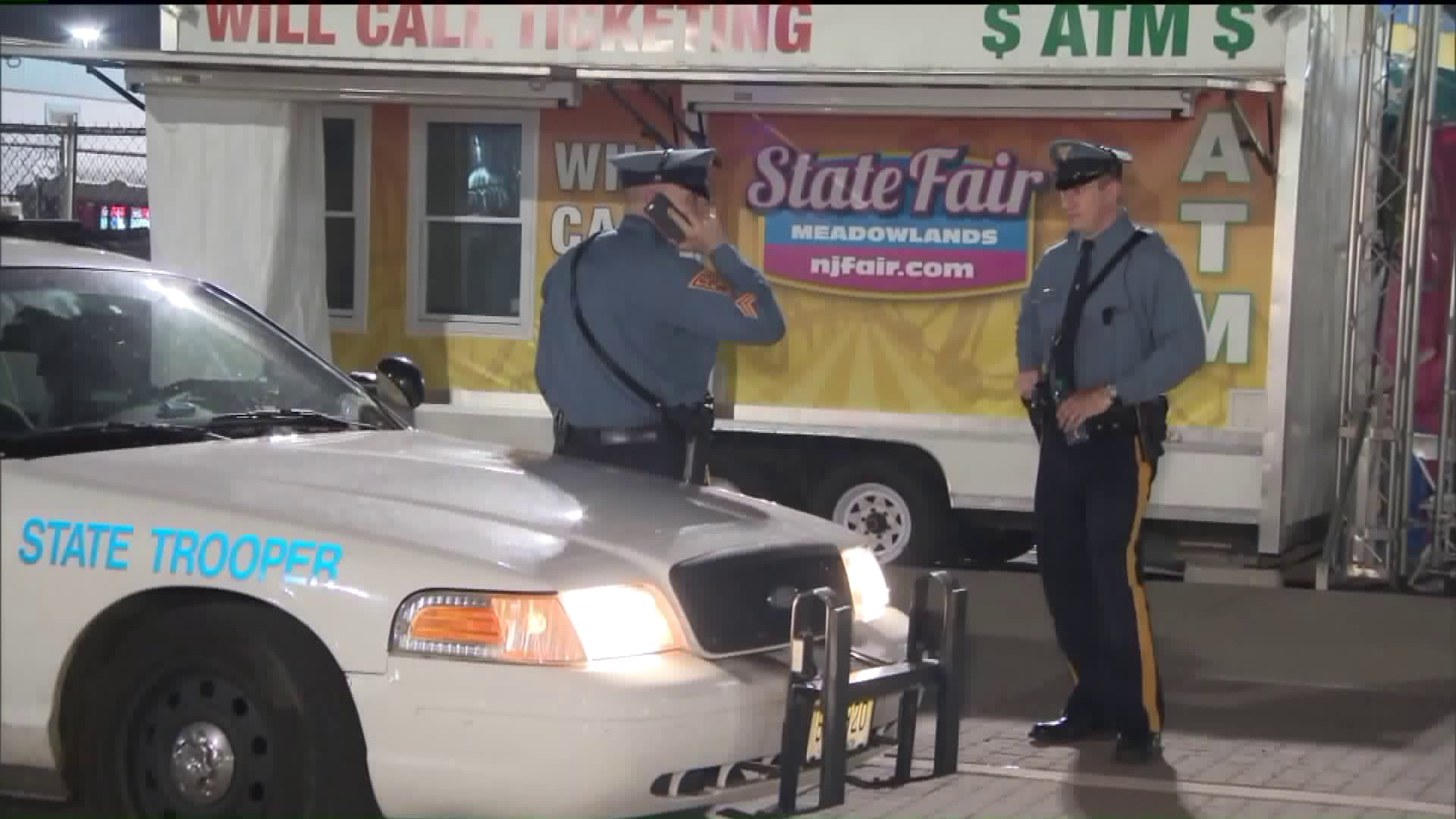 It happened about 11:30 p.m. when shots were fire into a crowd of thousands outside Metlife Stadium.

It happened about 11:30 p.m. when shots were fire into a crowd of thousands outside Metlife Stadium.

The terrifying and tense moments were caught on camera by Michael Rosero, of Seacacus, who was at opening night of the state fair with his wife and their 8-year-old and 9-year-old children.

"People said gunfire. I looked to see if it was a terrorist shooting [and] everyone started running," he said. "There was a stampede. People were jumping over fences."

There were at least three shots fired. No one was hit.

Fairgoers describe it as pandemonium as parents frantically tried to find their kids.

"I was afraid of them getting run over especially since I couldn't ID the shooter," Rosero said. "It was chaotic. I grabbed the wrong child first."

Ama, who was visiting from Houston, Texas, quickly looked for cover anywhere.

"I ran into the port-a-potties and everybody was panicking, running kids in strollers," Ama said.

Many were running out in tears as state police evacuated the complex and took multiple individuals into custody, witnesses said.

Fortunately no one was hurt, but the most troubling part of the shooting for Rosero was that the shooter was able to sneak in a weapon.

"How is it guns got into the fair in the first place?" he said. "The fact no checking of body parts or metal detectors. Anyone can walk here with a gun."

Despite the violence, he said it won't keep his family from coming back to this annual event.