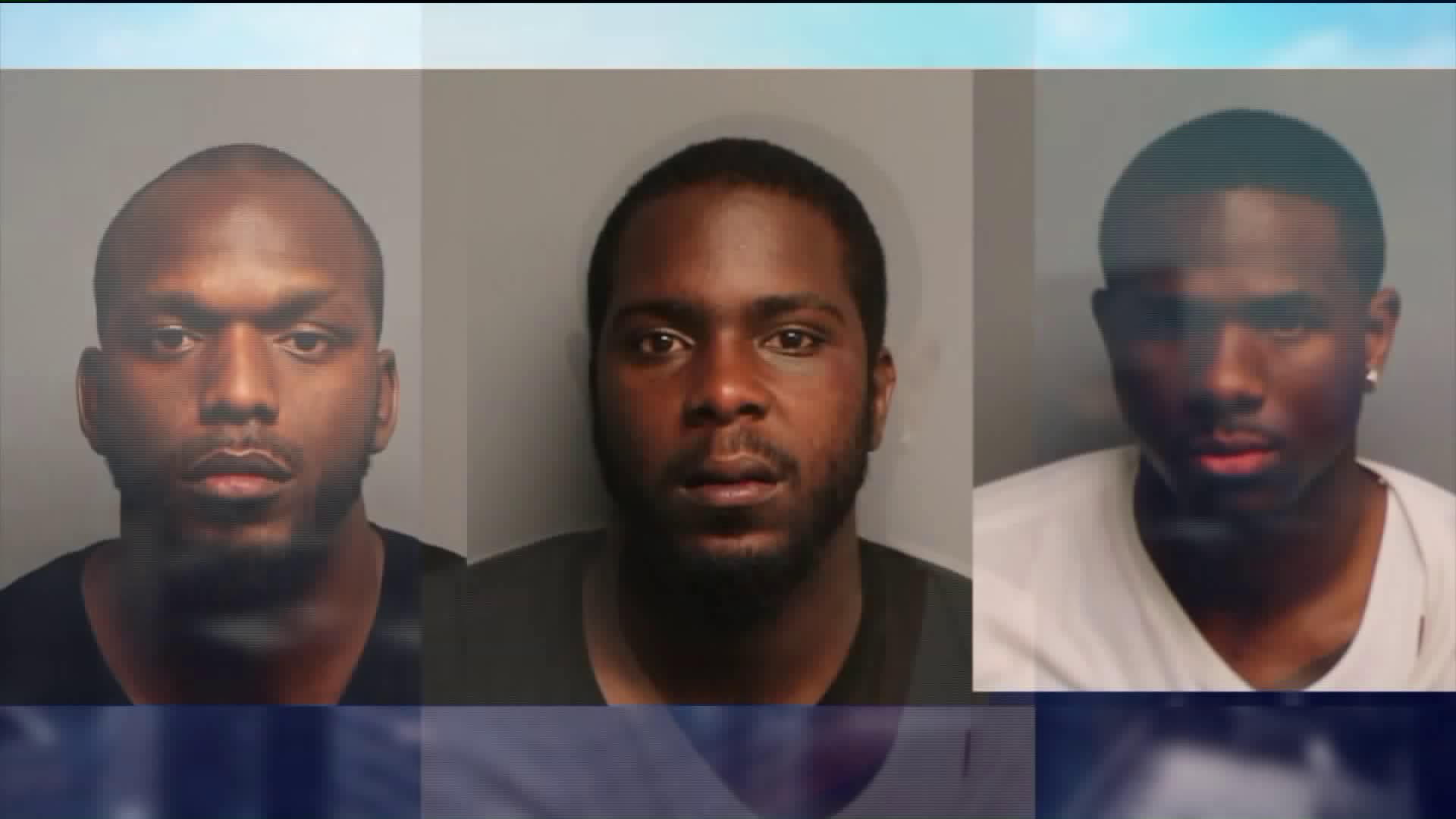 The new security measure was put into place on Friday evening, a day after opening night, on Thursday, proved violent.

MEADOWLANDS, N.J. — The New Jersey State Fair has reopened, but not without the Garden State joining the small but growing ranks of states that use metal detectors to screen fairgoers before they enter the fairgrounds.

The new security measure was put into place on Friday evening, a day after opening night, on Thursday, proved violent.

Three men are now in custody, accused of being part of an altercation in which gunshots rang out, sending thousands of fairgoers running for safety, just a half hour before the midnight closing time.

"People started saying, 'Gunfire!'" said Michael Rosero, who recorded some of the fleeing crowds on his cellphone. He said that his first instinct was to try and ensure that this wasn't an act of terrorism. It wasn't, so, he said, "We just started running."

Nobody ended up getting hurt, but as other eyewitnesses pointed out, it was still potentially deadly.

"We hid under our tables," said Laura Pinzo, a food vendor, whose concession was right next to where the shots were fired. Her fellow worker, Erica Cruz, was there also when the gunfire sent fairgoers running.

"We jumped under our tables," Cruz told PIX11 News, "because you don't know" whether or not a bullet can hit a person."

State police made three arrests minutes after the incident. Matthew Smart, 33, Lamir Bradley, 24 and Robert Terry, 23, all of Jersey City, are in custody.

Meanwhile, security screening tents are now set up in front of the state fair entrance, and security guards are in place to inspect bags. The guards are also armed with metal detecting wands.

Organizers of the New Jersey State Fair say it's all meant to ensure a safe time that still feels the way it always has.

"People who've come in the past know it's a good family atmosphere," said Michele Tartaglione, the fair's managing director. "As they say, the show must go on, and it will."

"I'm going to try to enjoy myself," said Ken Gathers, who was at the fairgrounds from Newark, "and not focus on all the other outside things that are going on," he added.

Mustafa Koksol was on the grounds from Clifton. "If someone wanted to get stuff in here," Koksol told PIX11 News, "they probably could. Either way," he added, "at least they upped the security a little bit."

The New Jersey State Fair at the Meadowlands runs through July 9.