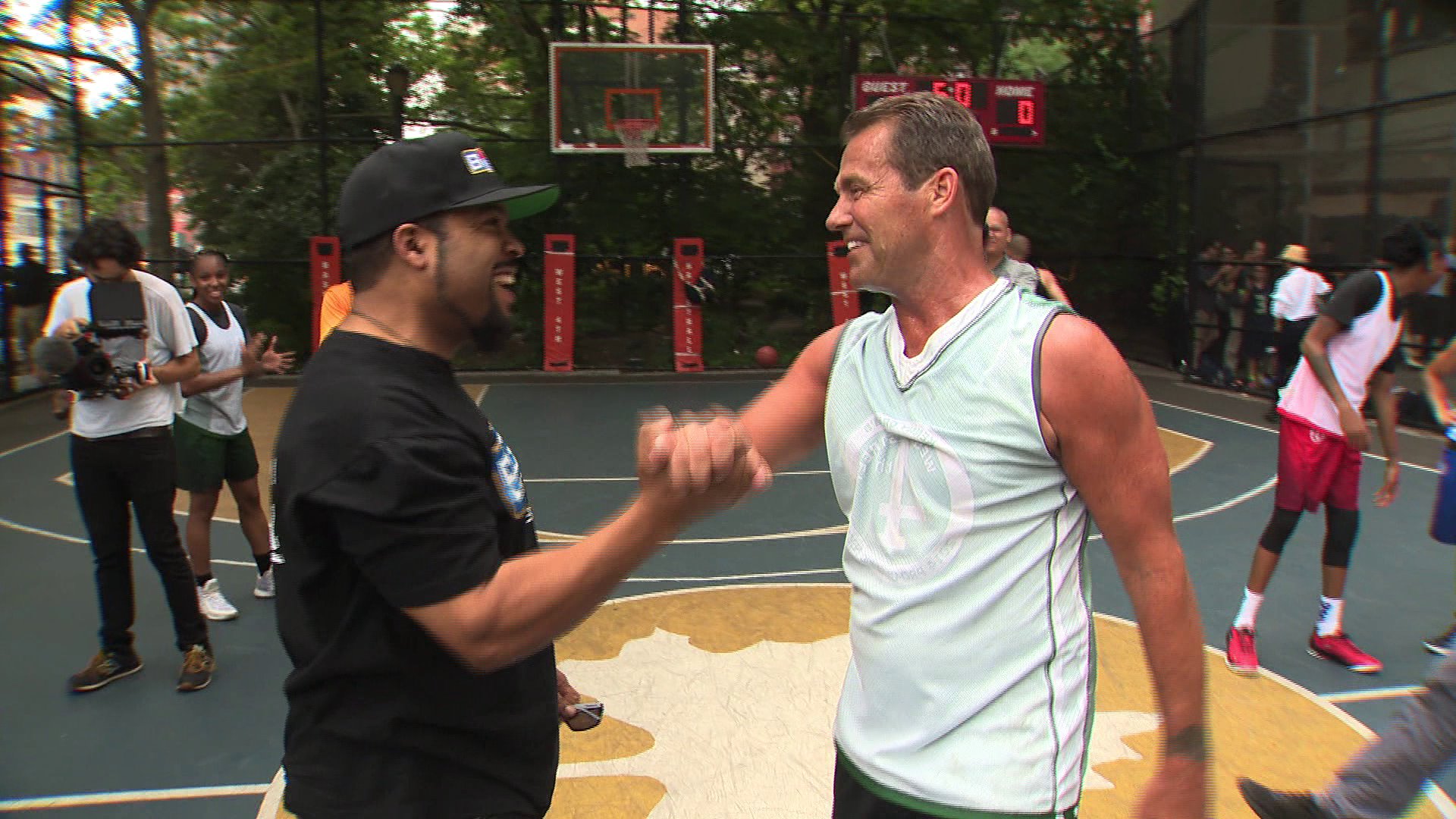 WEST VILLAGE, New York- Rapper and actor, Ice Cube, hit the hardwood at one of the city's most iconic streetball courts. He was at the West 4th Street Courts in the West Village to help celebrate its summer league's 40th anniversary and to promote his own basketball endeavor, the BIG3. The BIG3 is a new professional 3-on-3 league featuring former NBA stars such as Allen Iverson and Charles Oakley that combines players and fan interaction before and after the games. The entire league is operated and managed by the players.  The BIG3 season tips off this Sunday at Barclays Center. Regular season games will follow each Saturday for 10 weeks. Games are played on centered hardwood courts in the best arenas and venues in the country. Individual player introductions add a new level of personality to this team sport. Instead of a tip off, each game starts with a half-court do-or-die shootout. 4 games per day with fan events, halftime shows, exhibits and after-parties.