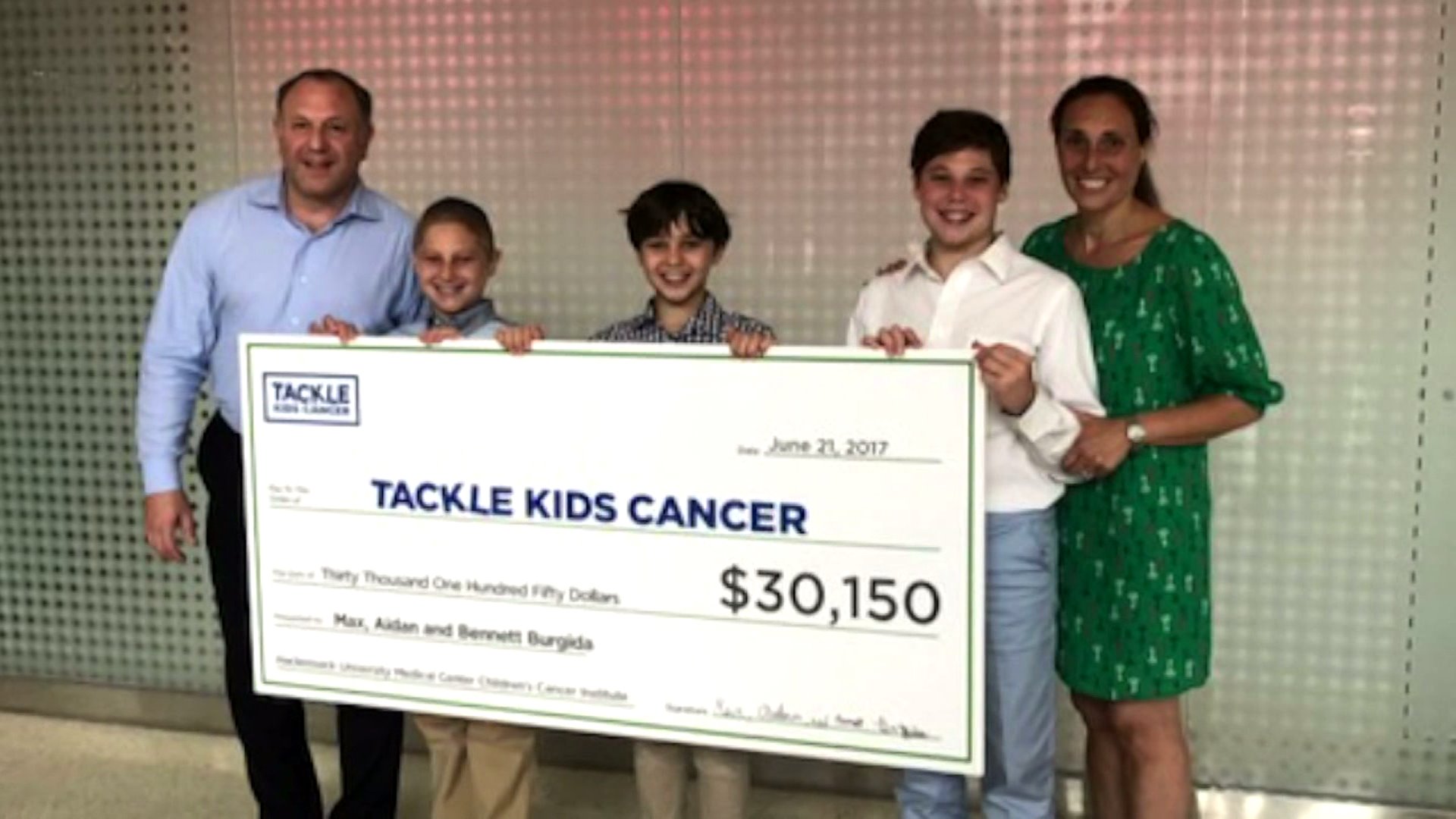 When Aidan, 12 and Max Brigida, 14, found out their little brother had cancer they were devastated, but they decided to do something about it.

ENGLEWOOD, N.J. — When Aidan, 12 and Max Brigida, 14, found out their little brother had cancer they were devastated, but they decided to do something about it.

He was diagnosed with non-Hodgkin lymphoma, specifically Burkitt lymphoma, on February 10.

He had surgery to remove a part of his intestine after struggling with severe stomach aches. Doctors discovered a blockage. Turns out, it was cancer.

"I think it's one of the most difficult things I've ever gone through," said Bennett's dad, Jake Brigida.

It was Aidan's idea to start a GoFundMe page. The boys set out to raise $1,000. They started the page and went to bed. The next morning, almost $10,000 had been raised and climbing.

"The money just came piling in," said Bennett. "We weren’t expecting that."

On Wednesday, the Burgida family presented Tackling Kids Cancer, an initiative based out of the Children’s Cancer Institute at Hackensack University Medical Center with a big check. In all, their GoFundMe page raised $30,150.

It was Bennett's goal to get rid of cancer by summer, so he could go to sleep-away camp with his brothers. Tonight, they are on their way to Pennsylvania.

"Even though it was extremely like, bad and hard. So many good things came out of it," said Aidan.