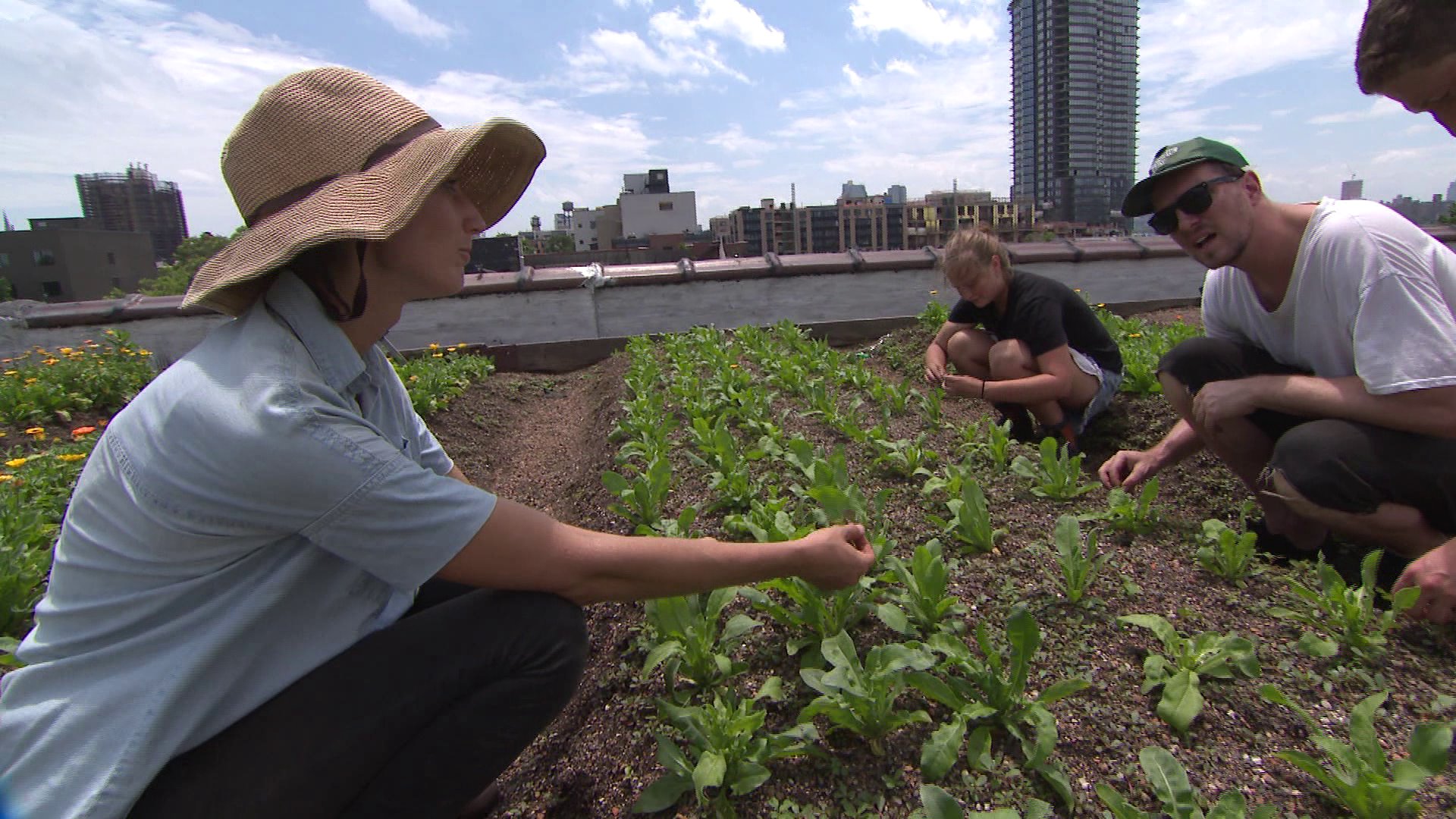 PIX11 chats with the co-founder of the nation`s first commercial green roof farm about her contributions to urban agriculture.

GREENPOINT, New York- There’s nothing more pleasing to the palette than fresh picked veggies for Annie Novak. A foodie and a farmer, she's made growing produce her life’s work. “The problem with our food system today is people don’t know where their food comes from," she said. In 2009, she co-founded this groundbreaking 6,000 square foot ‘ Eagle Street Rooftop Farm ’ in Brooklyn. The breathtaking garden sits above a film and television facility run by Broadway Stages. ”Broadway Stages okayed the first commercial green roof farm in the country," Novak said. "We thought that this was a perfect fit of reutilizing a rooftop," Gina Argento, president of Broadway Stages , explained. “This is a whole new industry a whole new way of life.“

From chiles to radishes to leafy greens, vegetables grown here end up on the plates of people all across the tri-state area. Annie feels proud to be at the forefront of the urban farming movement that has led to more than 900 similar spaces in New York City. “When I try to calculate how many people have been influenced by the work we’re doing, it’s a hard number to think about because for me the bigger impact I was concerned about is how do you take that trend and really sink it into policy," Novak said.

The initial spark for the now 34-year-old came during a college trip to West Africa. Her friend’s dad was a chocolatier in Ghana and she asked to see how it was made. “As a lifelong chocolate eater, it was humiliating to be in front a plant and not recognize it as that food source," she explained. "So in that moment as a 20-year-old I decided to completely change career trajectories.”

Not long after, a personal tragedy gave her a sense of clarity and purpose. “About a month away from graduating college, my father passed away in a car accident and it was a moment real thoughtfulness for my family," she remembered. Her first job was at the New York Botanical Garden. More than a decade later, she’s still there, as the manager of its healthy food program, Edible Academy . “I think about where am I not seeing enough trees and how does that affect childhood asthma rates and where am I not seeing enough green roofs and how is that affecting street flooding," she said of her outlook. “These are all the other things that food spaces do for us."

So, Annie travels and works tirelessly to teach budding farmers through her book, a rooftop training program and her nonprofit, Growing Chefs . “What I wanted to do was give kids a compelling way to see food through from field to fork," she said. The summer is peak produce season making for long days and 70 hour work weeks. “It’s hard to be tired when you eat vegetables all the time and it’s really hard to be tired when you love what you do," Novak smiled.

You can taste and get a closer look at Annie's work if you visit or volunteer at her farm market this Sunday at the Eagle Street Rooftop Farm from 1-4pm.