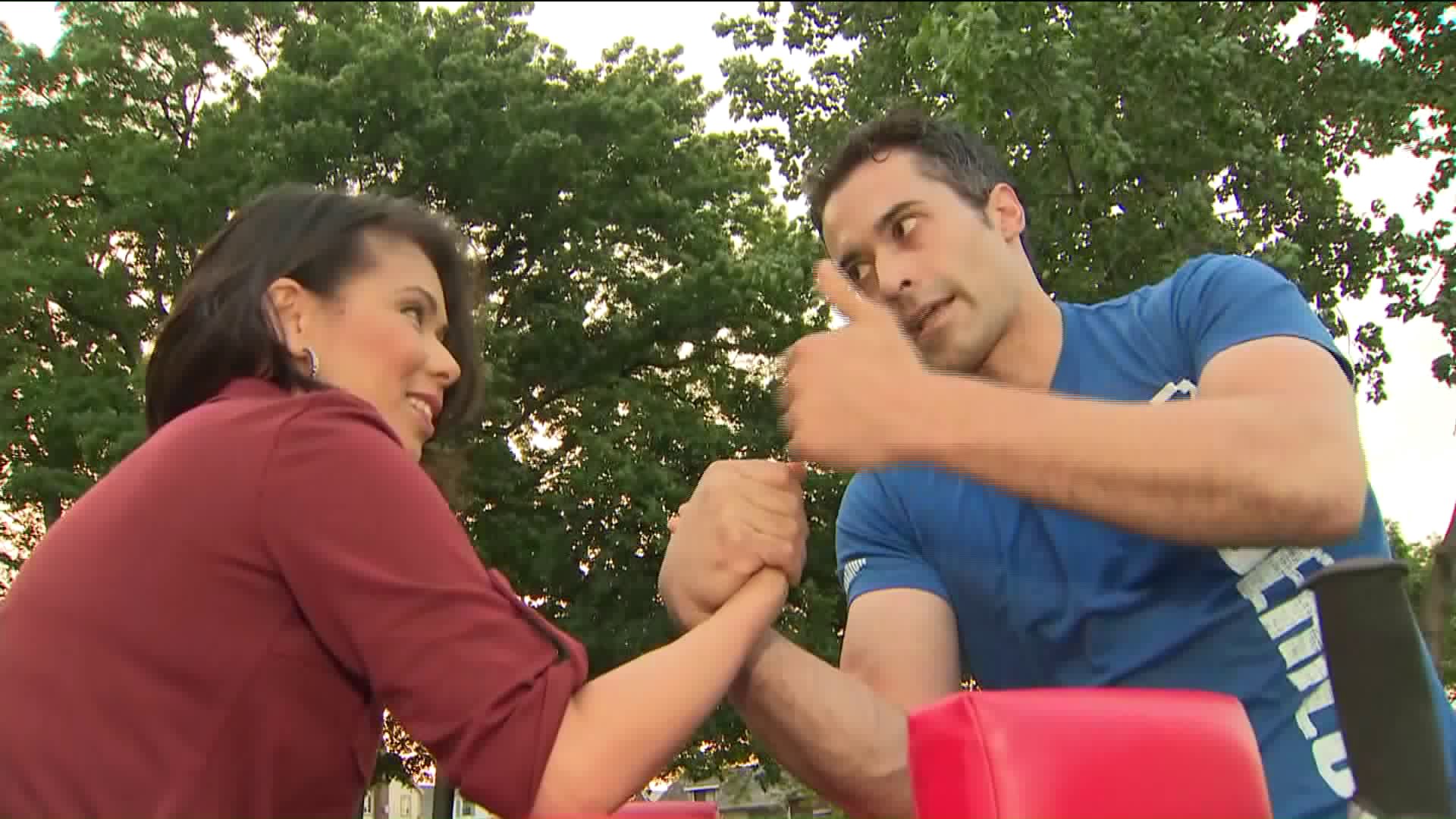 The 33-year-old plumber is the only New Yorker headed to the elite competition.

WHITESTONE, Queens — A Queens man becomes the only athlete from New York City heading to an elite armwrestling tournament in Las Vegas at the end of this month.

It might bring back memories of school yard challenges, but armwrestling is actually a professional sport.

The World Armwrestling League Championship will be held in Las Vegas on June 29.

His love of armwrestling started early.

"I used to start arm wrestling with my father in the house, he noticed I was stronger then I would go to grammar school and it would be the number one thing we did in the lunch hour. In high school I beat the whole football team one day," said Baffa.

Baffa, who grew up in Bayside, started competing in professional tournaments in the early 2000s. Then took a break before getting back into it for “Game of Arms,” a reality show on armwrestling that aired on AMC Network.

Over the years, Baffa has won countless tournaments.

"There are tournaments in all five boroughs called New York City Arms, that's how we all got our start," said Baffa.

His biggest challenge lies ahead in the World Armwrestling League (WAL) finals. Baffa lost 30 pounds to compete in the lightweight 0-165 category.

He is right-handed but competes in both arms. For the WAL event in Vegas, he qualified for left-hand competition.

Baffa has been in intensive training.

On most evenings, you'll find him at Little Bay Park in Whitestone, where he met our PIX11 crew.

His training partner tonight is Steve Black, who also competes and referees professionally.

Baffa feels good about his chances in Vegas and has the utmost respect for his fellow competitors.

"Men and women coming from all walks of life, armwrestling is more than people in a bar joking around. The level of preparation involved and the dedication involved," said Baffa.

Baffa demonstrated for us the various techniques involved in armwrestling. Baffa, like so many other athletes in his field, tells PIX11 the ultimate goal is for armwrestling to become an Olympic sport one day.