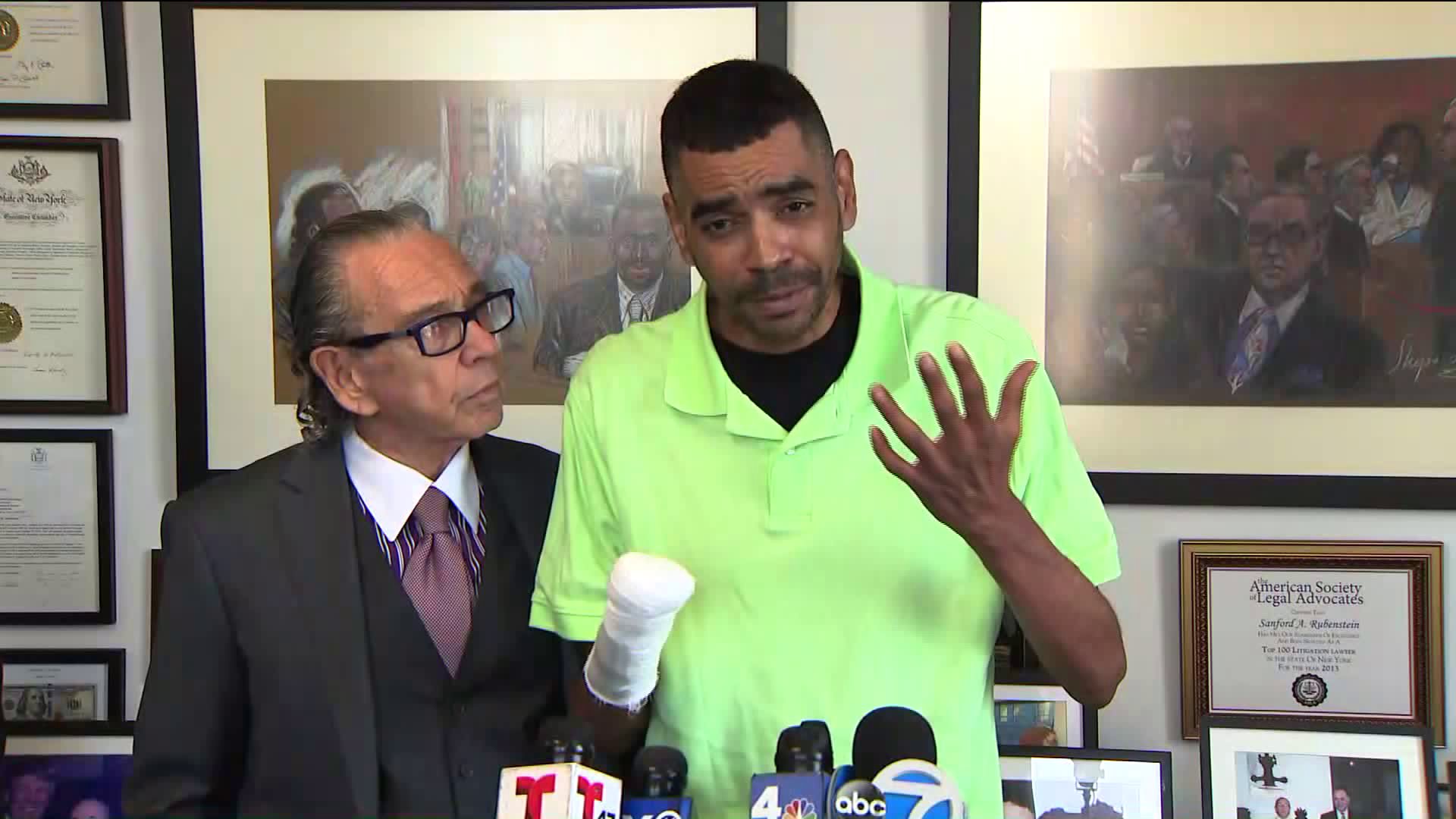 It all started with a case of pneumonia.

QUEENS — A Queens man entered Elmhurst Hospital with pneumonia and left with gangrene in his arm.

Months later his right hand had to be amputated.

"I don't know how to do everything with my left hand. I was right handed. I cannot use my hand no more," Jose Polanco said Thursday.

Polanco's lawyer, Sanford Rubenstein, filed a notice of claim with the city Wednesday. They plan to sue for $100 million. Elmhurst Hospital is run by NYC Health and Hospitals.

"The line that was put in to monitor his blood pressure was either not put in properly, not monitored properly, which resulted in the sepsis, as well as the infection," Rubenstein said.

Polanco, 40, was admitted to the hospital for pneumonia in November 2016. He was discharged in late December, but continued to receive treatment for his arm and hand infection.

By May, the gangrene had gotten so bad, his hand had to be amputated.

Polanco can no longer work as a parking attendant. He also said he has a hard time caring for his young daughter.

"I can't even carry her, haven't been able to see her that much because of my whole situation," Polanco said.

“We are reviewing the notice of claim. NYC Health + Hospitals is committed to providing high-quality care for all New Yorkers, and we extend to Mr. Polanco our heartfelt sympathies for the challenges he faces regarding the complex health issues he has described publicly.”