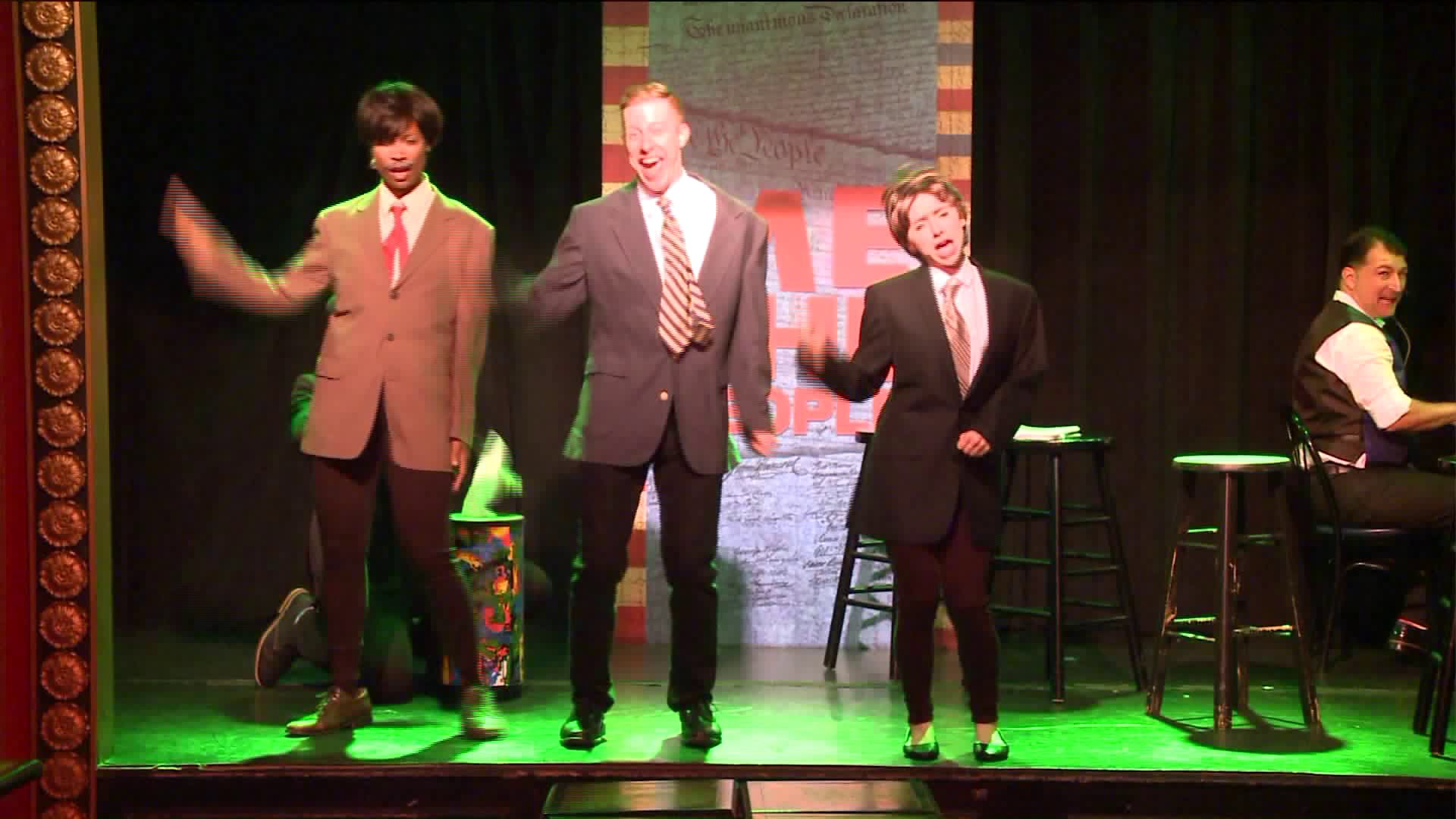 Healthcare, ethics and Russia they`re all topics tackled in the new Off-Broadway production "Me The People: The Trump America Musical."

NEW YORK –– Healthcare, ethics and Russia – they’re all topics tackled in the new Off-Broadway production “Me The People: The Trump America Musical.”

The topical show pulls directly from the headlines, putting a spotlight – and at times a glossy filter – on what producers call the “self-dealing trump agenda intent on tearing down our government.”

“It examines issues we feel are very serious and are very passionate about and it does it in a funny way,” writer Nancy Holson told PIX11 News.

Producer Jim Ressek had a simple way of putting it.

“He may be president but comedy is king,” he said.

In the 90-minute production, four actors take on numerous roles of prominent figures in the Trump administration including Mike Pence, Paul Ryan, even Melania Trump.

One character missing is Trump himself, and its not by accident, according to Holson and Ressek.

“If we put Donald Trump on stage in some way to make him accessible, we are doing a disservice to what our mission is,” Holson explained.

Amid a tense political climate where some say art is being challenged and silenced by its critics, the production isn’t shying away from addressing issues as well as those exhausting headlines consuming the news cycle.

“A really important thing especially in today’s sociopolitical spirit is that we talk about these things,” actress Aiesha Dukes said. “You know we talk about where is the disconnect between the different cultures and stuff like that and humor is a good way to put that on the table.

“Me The People: The Trump America Musical” is playing at the Triad Theater on 72nd Street starting on June 22 through Labor Day.