Legislature fails to give Mayor de Blasio control of schools 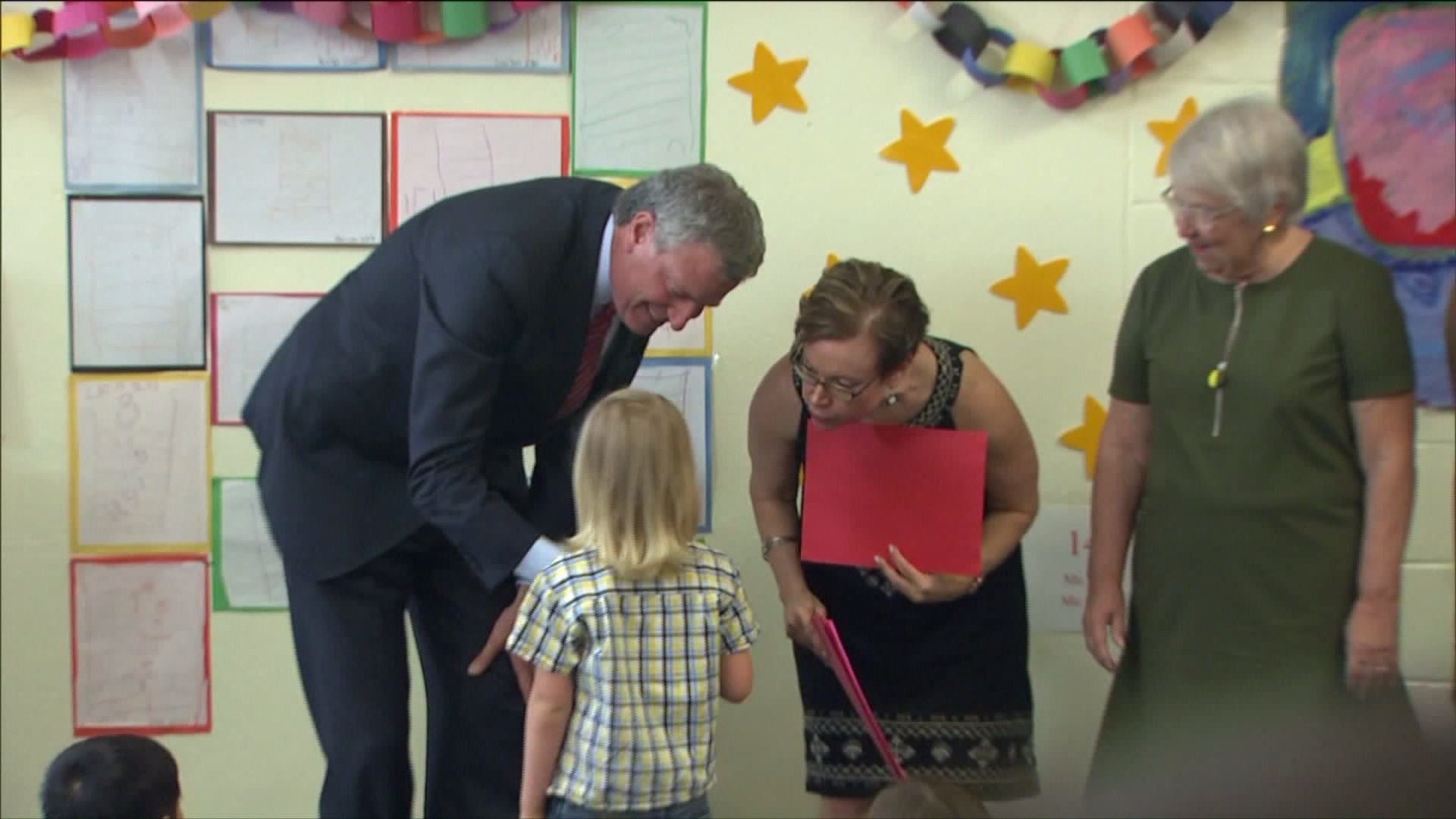 NEW YORK — It came as another blow to the embattled mayor. Bill de Blasio fought hard right down to the wire to get the legislature to extend his control over city schools, but it wasn't to be.

The legislature wrapped up business around midnight and unless there is a special session, the lawmakers won't be back until next year.

Despite his attempt at horse trading, Mayor de Blasio was unable to budge the lawmakers to see things his way — that mayoral control was more beneficial for the city's 1.1 millions school kids than the old system of school boards.

He noted in a statement: "Denying charters the ability to grow and preventing parents' ability to choose would shut the door on 20 years of proven gains in academic achievement."

Hee said 50,000 more kids are waiting to get in to charter schools.

The mayor voiced disappointment on Brian Lehrer's radio show, but said he hopes the legislature will change its mind

"The fact that it didn't get done should worry everyone because it's the only way to keep our school system moving forward," he said. "Parents all over the city need to send a very clear message to Albany: get back there and finish the job."

Unless the lawmakers return to Albany to reconsider, the mayor's control of the school system will end a week from tomorrow and the new school year will revert to 32 different school systems. De blasio feels that it would be be disastrous.

The old boards had no accountability and they were often fraught with corruption and patronage, de Blasio said at a news conference Wednesday.

Governor Cuomo, who prides himself on deal making, intervened at the late hour, but failed to lead the parties to an acceptable agreement. After years of attempts by his predecessors, it was Mayor Bloomberg who finally succeeded in gaining control of the schools from what was described as a dysfunctional school board.

The loss of mayoral control and reverting to the old school board system would cost the city in excess of 1.5 billion dollars over 10 years.

Getting the state legislature to regroup after adjourning can be a challenge unless the governor demands they return for a special session. Mayor de Blasio remains hopeful.