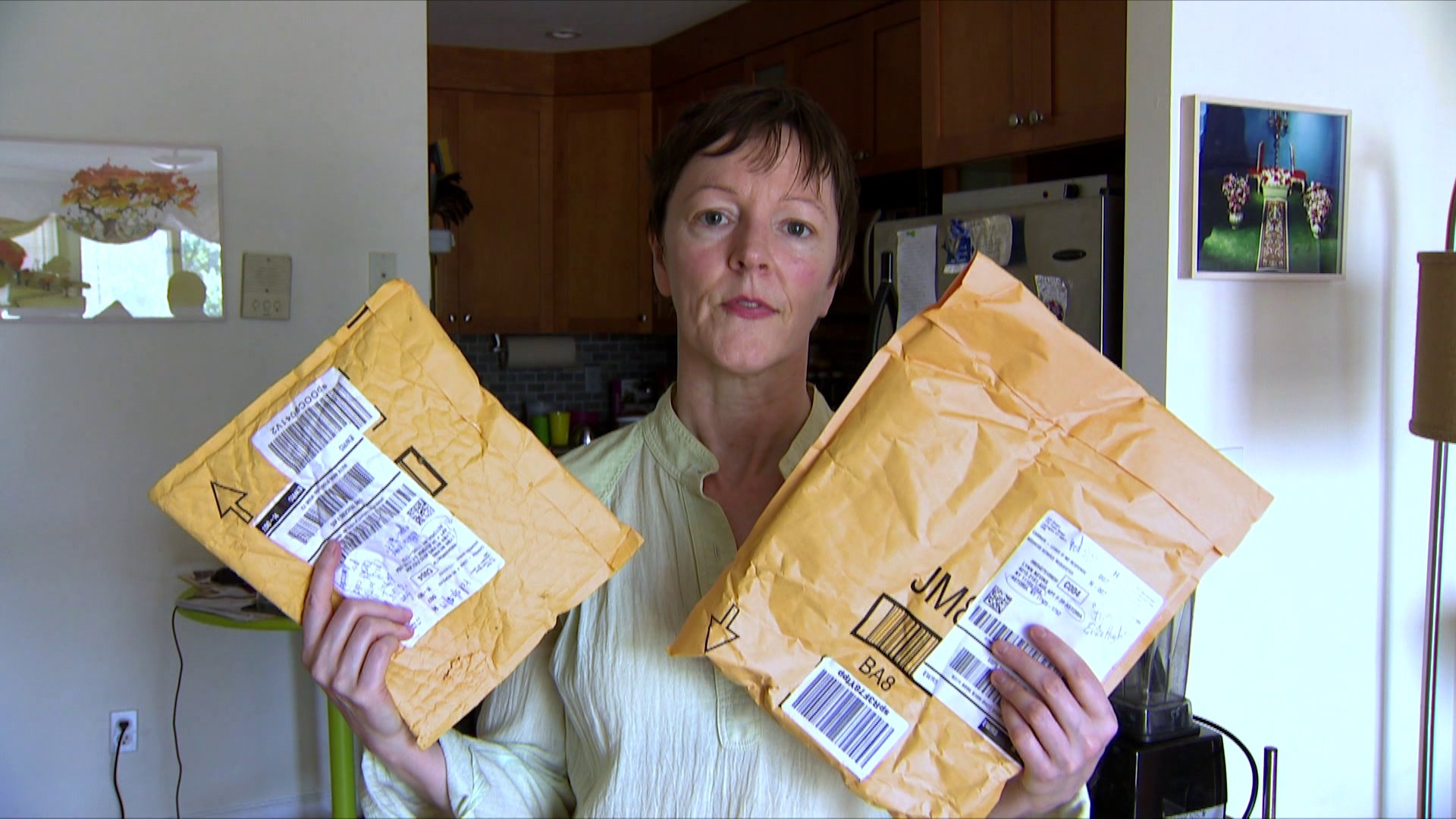 A woman keeps getting mystery packages filled with things she didn`t order.

QUEENS — Lynn Nevins of Astoria is living a big mystery.  She keeps receiving packages in the mail: Items purchased on Amazon that she didn’t order and doesn’t want. It's mostly cheap junk.

It’s been going on for about four months.  She’s contacted Amazon but hasn’t been able to stop this.

“After a number of calls I found out that they were coming from a particular person in California,"Nevins said. " I have no idea who the person was.”

All she knows is that the sender is some guy named Kevin who uses Amazon gift cards.  Late,r she was told at least one package came from someone else using a credit card.

She thinks she’s become some part of a scam plot. And she’s reported the packages to the NYPD, the FBI and the Better Business Bureau since Amazon hasn’t made the deliveries stop.

“You need to make this go away,” I said to her while we were in her home.

Far be it from me to ignore that kind of a request for help.  So we contacted Amazon.  But all the company told us is that they would work with the customer - and they ignored the questions we asked.  Nice service. Even worse is the fact that four days later, Lynn told us she still hadn’t heard another word from Amazon.

So we contacted a real expert.  Alan Brill has been doing cyber security since 1974 - back when the only computers were giant main frames. He’s now managing director for Cyber Security at Kroll, Inc. in New York.

"It may be that they're using her as a good address for testing credit cards, Amazon cards, debit cards." Brill said.

“Typically what will happen is the perpetrator will make a small transaction and if that works they know the card is good and they’ll make a big transaction.”

According to Brill, Lynn may just be someone they selected at random to test the cards.  Lucky her.

In any case, Lynn tells us she hasn’t received any packages in about three weeks.  She hopes it’s over.

If something like this ever happens to you, Alan Brill advises that you should complain to Amazon and every appropriate agency, just the way Lynn did.  Your situation alone may not mean anything.  But it could help them find a pattern, tie together other complaints and maybe bust some fraudsters.  Maybe.