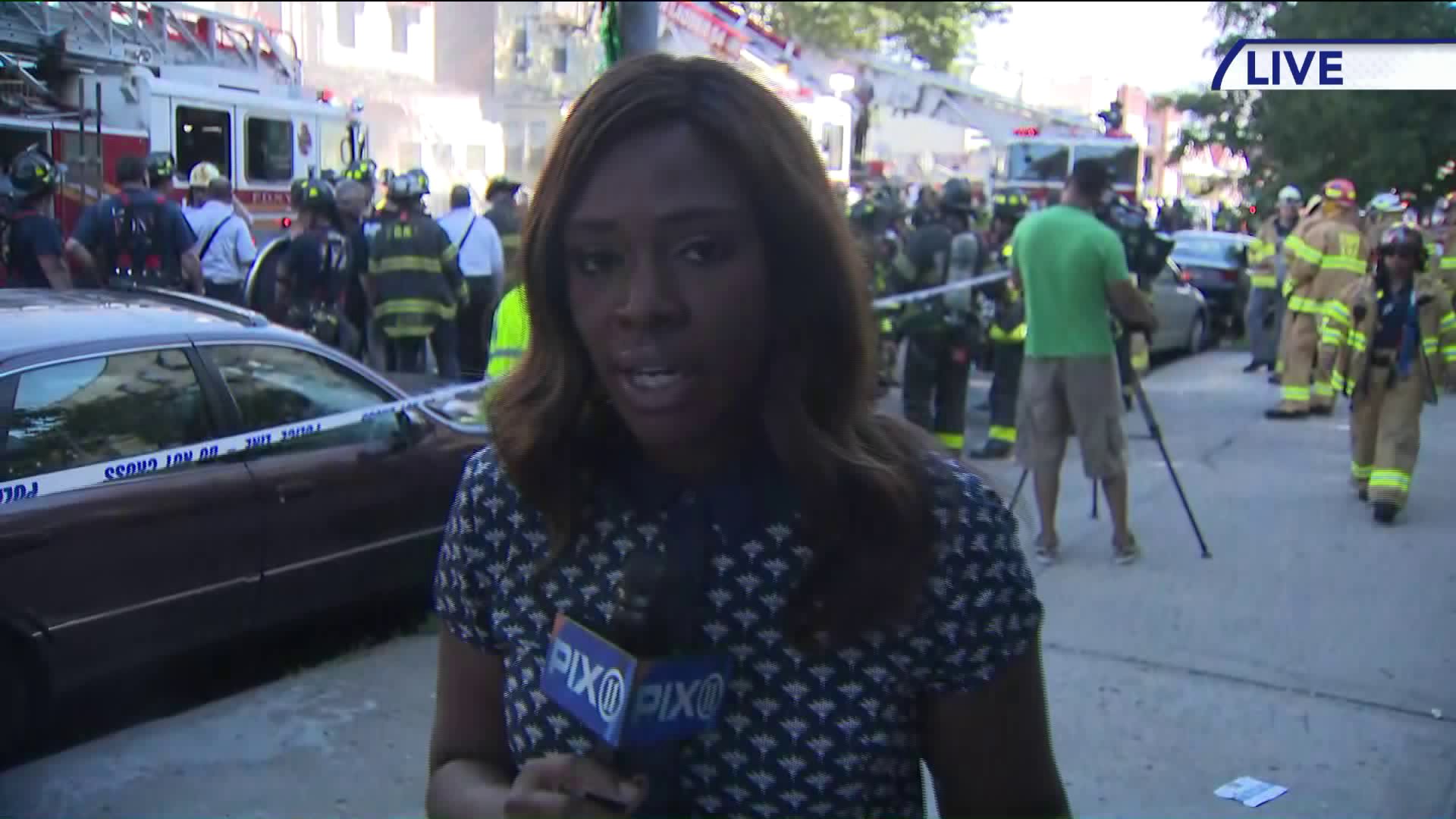 The four-alarm fire broke out around 4:10 p.m., officials said. At least two of the buildings on fire are houses. 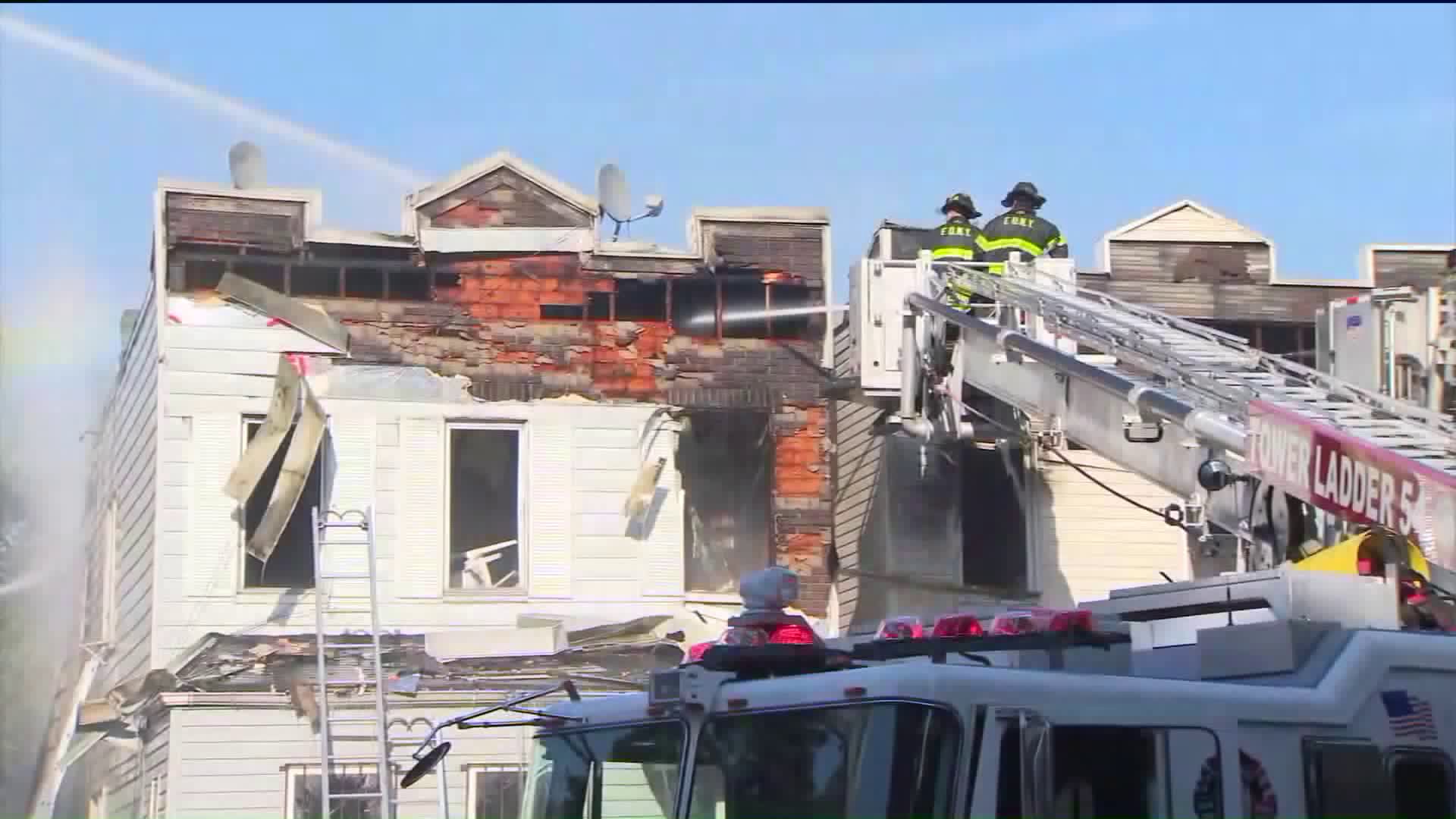 The five-alarm fire broke out around 4 p.m., officials said. It sent residents running out of their homes

"We ran out, left everything," said Michael DeJesus.

His home was destroyed in the fire.

Sandra Rodrigues was home with her two sons when the flames broke out.

"My son told me 'Mom, there's smoke coming into the house," Rodrigues said. "And then all I see is black smoke and fire right outside my windows."

Flames spread quickly because the houses had wood frames, fire officials said. Two of the homes were damaged beyond repair.

The huge fire took more than two hours and about 200 firefighters to put out. One of those firefighters is in serious condition, officials said. Seven other firefighters and a civilian suffered a non-life threatening injuries at the Olmstead Avenue fire.

It is not yet clear what caused the fire, although some people said they heard fireworks when the blaze began.

"I did hear quite a bit of fireworks in the area," said Roseanne Ramdhan, a woman whose home was damaged in the fire. "Not like your normal fireworks - it was massive. When it exploded it went off like an orange light."