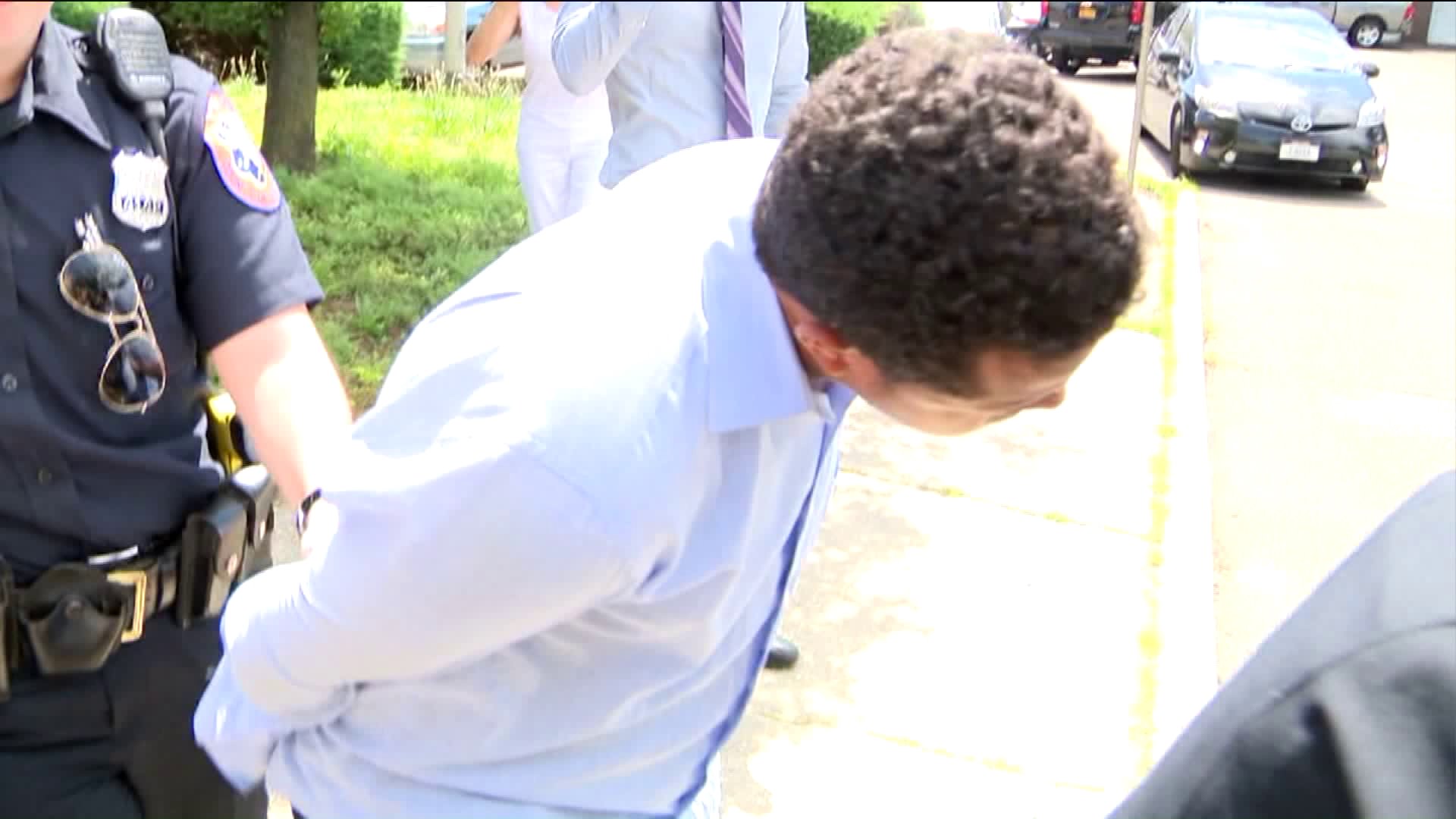 He allegedly hit his girlfriend while a child was present.

Solages, who represents the 3rd Legislative District,  faces third-degree assault and endangering the welfare of a child charges, according to police. He was arrested early Wednesday morning after he allegedly hit his girlfriend while a child was present in her Valley Stream home, police said.

Prosecutors said Solages grabbed his girlfriend by the neck and threw her against a living room wall.

Their three-year-old son apparently witnessed the incident. The girlfriend's teenager tried to intervene.

Solages pleaded not guilty. He was released without bail Wednesday, but the charges against him are serious.

At least one Long Island Republican is calling for Solages' resignation.

"Legislator Solages must step down immediately," said Jack Martins, nominee for Nassau County executive. "There is zero tolerance in society for domestic violence. And there is no place in public office for anyone who would raise their hand to a woman."

Solages has served Nassau County's third district for three years. His constituents say he's been good for the community and very supportive of schools in that time.