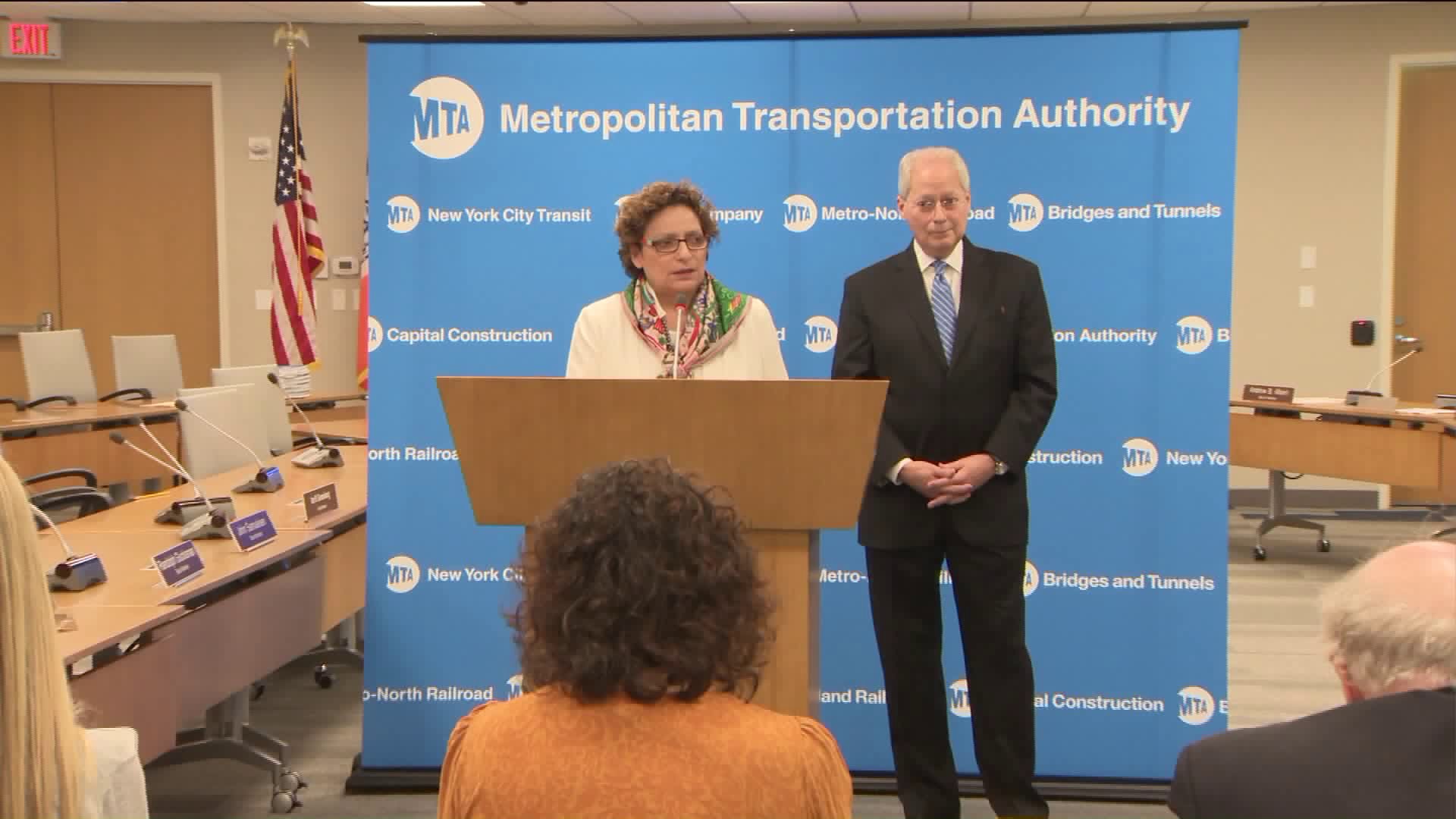 The announcement came Wednesday during a MTA board meeting on the heels of many recent incidents of delayed trains and frustrated commuters during rush hour.

NEW YORK — The MTA has called for a "top-to-bottom review" of how the agency handles subway delays.

The announcement came Wednesday during a MTA board meeting on the heels of many recent incidents of delayed trains — and frustrated commuters during rush hour.

MTA Acting Executive Director Ronnie Hakim said she would be ordering the review of the delays and MTA's response to them — adding that she understands that "everybody is frustrated with this."

Hakim said the MTA is working on improving the tracks, replacing aging signals and switches.

Long-term shutdowns of some subway lines — similar to an expanded "Fastrack" which schedules late night and weekend closures — are also on the table to help improve the system, MTA officials say.

"Are we building the infrastructure to accommodate them, the answer is no," said acting MTA chairman Fernando Ferrer, said of commuters' options during shutdowns.

In mid-May, the MTA initiated a 6-point plan to address concerns. It started along the 8th Avenue corridor from 125th Street to Fulton Street on the A C and E lines and also in the Bronx at 149th Street and 3rd Avenue-138th Street.

Crews are stationed in those areas to respond to problems.

The MTA says the plan includes significant spending included in the record $29.5 billion Capital Plan for new projects. It include money for improving the signal system.

The stress of a crumbling subway system with more passengers than ever — 5.6 million weekly in 2016 — has caused the number of train delays to triple in the past five years, to 70,000 per month.

A straphanger on a subway train stalled in a tunnel during Tuesday's morning rush hour jumped off the cars and walked on the tracks.

Signal problems continued to plague the system, and in recent months brought the F train to a stop for nearly half an hour outside Manhattan's 34th Street station, near Macy's. The glitch at about 6:30 a.m. spread through the system, causing major delays.

Earlier this month, riders were trapped on a sweltering F train for about 45 minutes, with no lights or ventilation.

And in April, a power outage backed up trains around the city and closed a key Manhattan station for 12 hours. Riders were stranded on packed platforms, some stuck in dark trains.