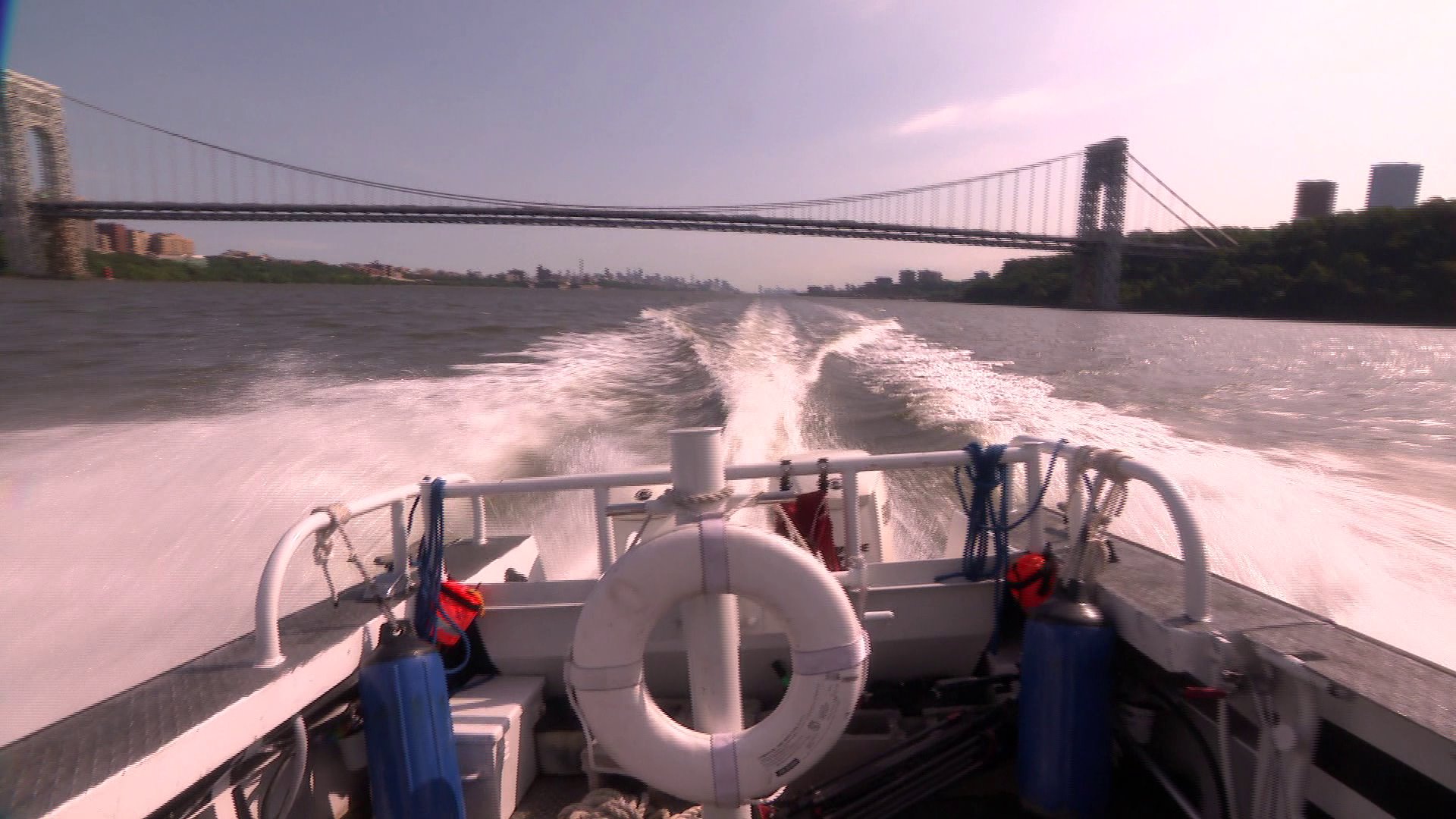 The work they do is crucial because they monitor a 42 mile loop including 6 potential security points, like the George Washington Bridge.

NEW JERSEY — One hundred twenty hours of training got the members of the Palisades Interstate Parkway Police to where they are today.

Their skills, four vessels and eyes are trained to police just a portion of the 315 mile long Hudson River for any and all threats.

In May 2016, a vintage single engine plane from the Bethpage Air Show on Long Island crashed into the Hudson River just two miles south of the George Washington Bridge and the PIPP marine unit was among the first to respond.

Just two months later, when a crane involved in the construction of a new Tappan Zee Bridge collapsed onto the existing bridge – Chief Michael Coppola and his crew quickly arrived to help.

PIX11's Narmeen Choudhury got an up close glimpse into the work conducted by the Palisades Interstate Parkway Police. It is a unit that is part of a multiple agencies patrolling our waterways.

The work they do is crucial because they monitor a 42 mile loop including 6 potential security points, like the George Washington Bridge.

"They always talk about the airports and different ports, bridges and tunnels but in between all that you do have the waterways. That is a crucial part of this area," said Detective Lieutenant Roman Galloza.

This department’s history dates back to the early 1900s, but it’s Maritime Operations Bureau was only re-established, thanks in part to federal funding, back in 2015.

While all marine units are on high alert when it comes to potential terror threats, day to day sweeps result in responding to environmental hazards, rescues and emergencies even on land, saving lost or injured hikers.