Pun intended! Pun-masters duke it out in Brooklyn at the Punderdome 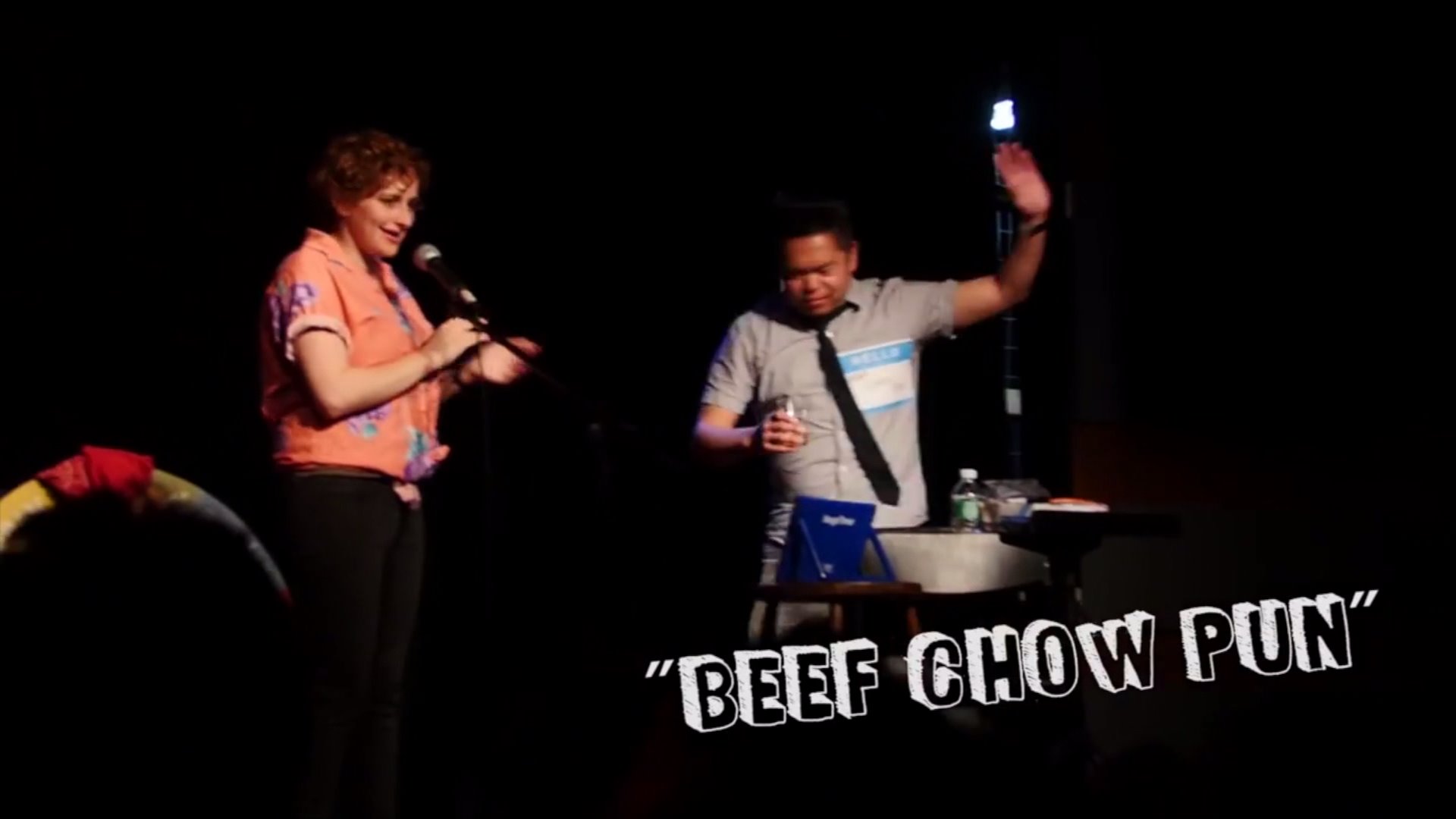 Pun-masters from across the area gather once a month in Brooklyn to duke it out for bragging rights at Punderdome "NYC`s most Puntastic competition."

BROOKLYN — It’s a world not often seen or even talked about – the world of competitive punning.

This is a real thing where word junkies face-off, spewing pun after pun on a specific subject before a raucous crowd.

While this so-called “dad humor” may be lost on some, it’s a trend on the rise.  Pun-masters from across the area gather once a month in Brooklyn to duke it out for bragging rights at Punderdome – “NYC’s most Puntastic competition.”

“There’s kind of a natural marriage between computer programming and punning, believe it or not.”

“The atmosphere at a pun competition – they celebrate it,” Berkowitz said. “They just try to be as clever as possible and sometimes there are just these truly funny things that come out.”

Despite some dismissing the practice, pun shows are selling out across the country and It’s harder than it looks.

Learn more about the world of competitive punning by picking up a copy of Berkowitz’ new book “Away With Words.”