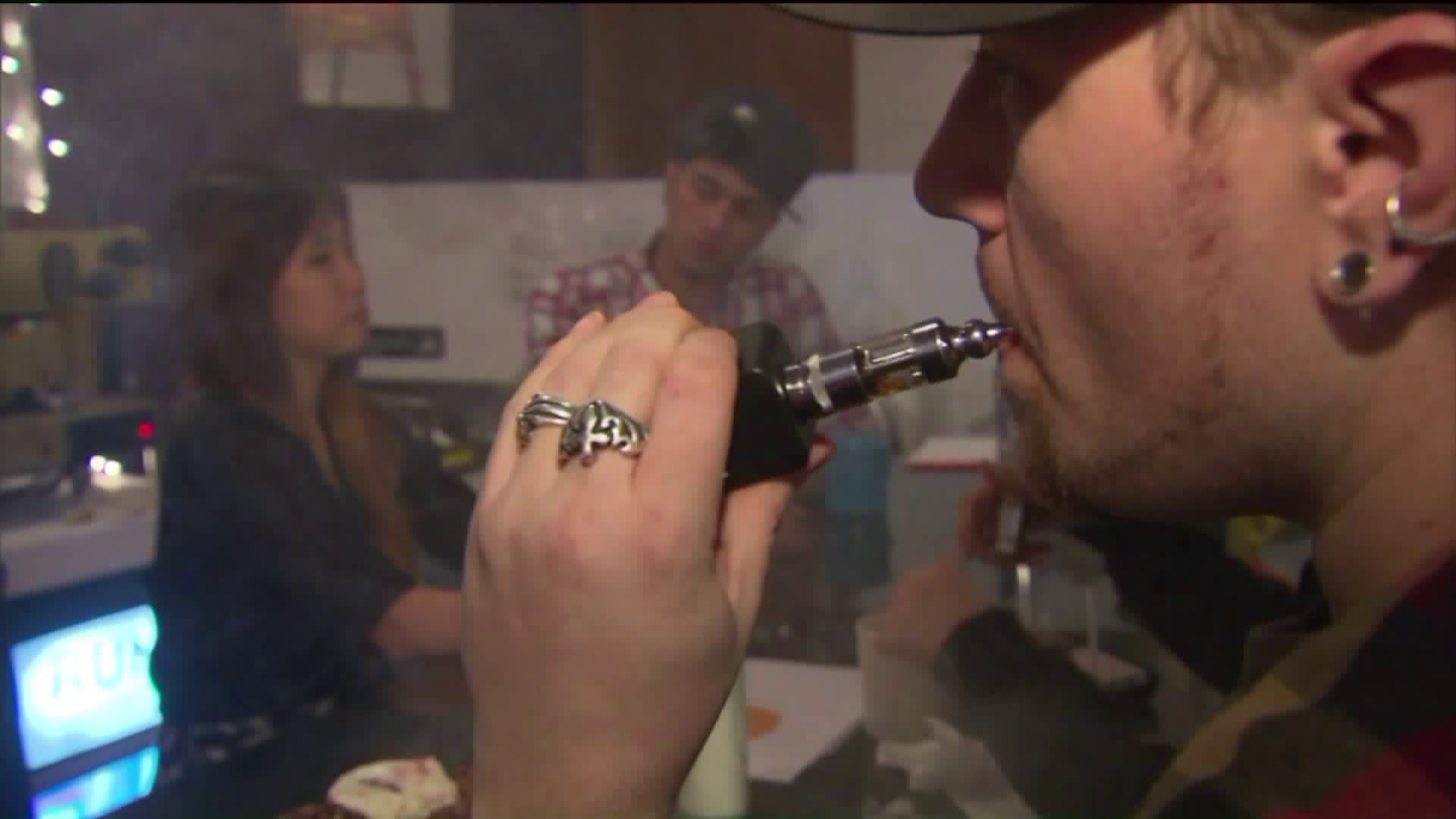 The New York state Senate has approved a ban on using e-cigarettes in numerous locations, such as bars, restaurants, workplaces and parks.

NEW YORK —  We've come a long way since the first surgeon general warning about smoking in 1964,  and now New York State is on the brink of snuffing out vaping and e-cigarettes.

New York City already banned this under their Smoke Free Air Act  — not allowing the use of e-cigarettes in areas such as bars, restaurants, offices, parks, and beaches. The act also restricts retailers from selling tobacco products and electronic cigarettes to anyone under 21.

The state version was proposed in Gov. Cuomo's budget in January.  The bill was passed by the assembly, then unanimously in the senate with a few tweaks.

Now, it goes back to the assembly where it is expected to sail through.

New York state is joining numerous other municipalities, states and countries that ban the devices.

Joe, a city sanitation worker running alongside his truck, had enough time to chime in: "It's a good idea to ban it. Whether it's a cigarette or e-cigarrette.  It's the same."

Lucy Fleming of Astoria, while on her way to get her morning coffee, shared what her workplace policy is:  "I work at Memorial Sloan Kettering.  They don't let anyone smoke outside because they say there haven't been enough long term studies to see what the effects of e-cigarettes are on you."

The Food and Drug Administration is taking aim at these devices as smoking has declined in the under 18 set, but e-cigarette usage have taken a drastic leap — and the FDA sees tobacco use as a significant public health threat as the leading cause of preventable disease and death.  Tobacco is blamed for roughly half a million deaths annually in U.S.