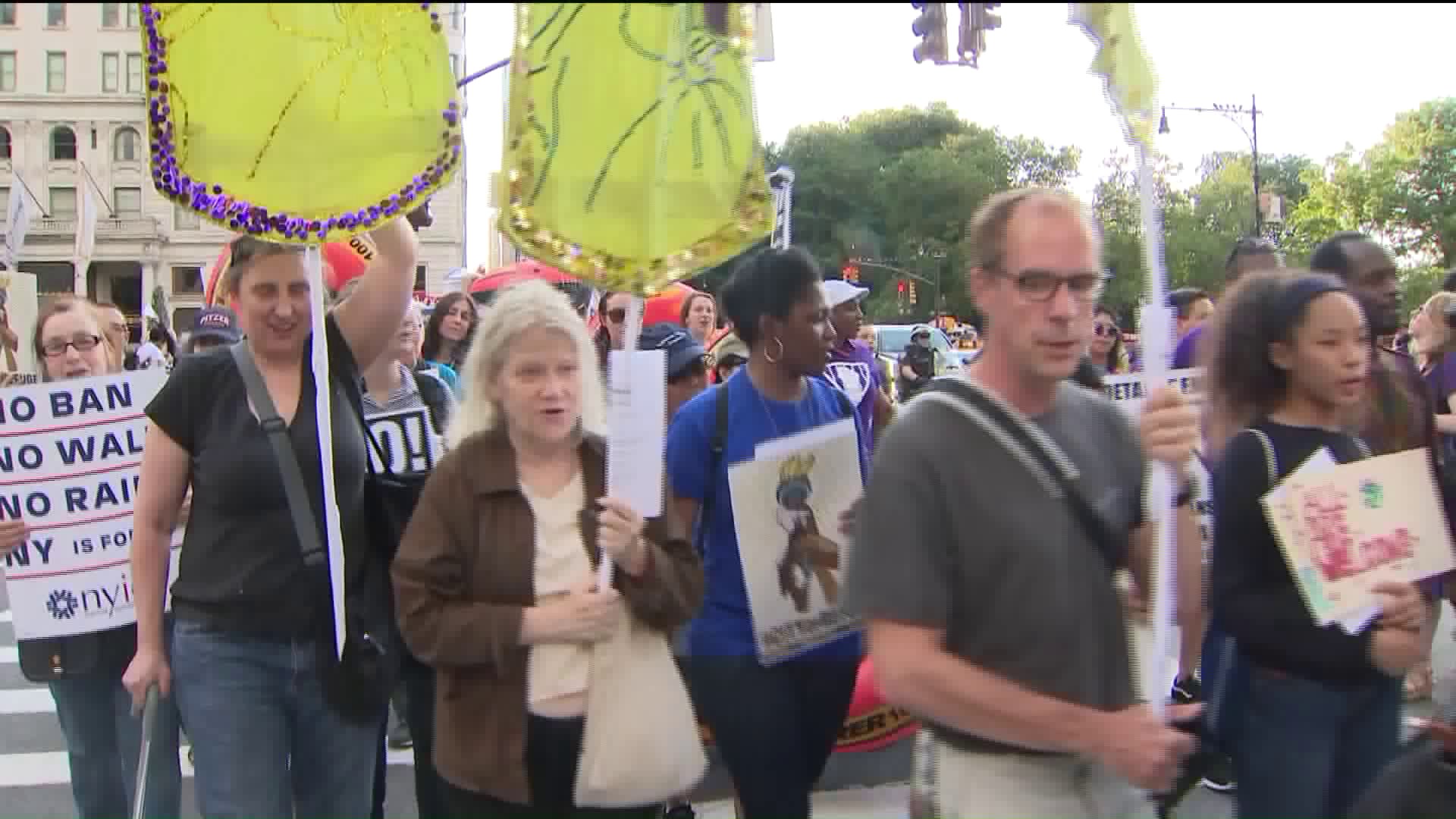 There are more than 65 million refugees worldwide.

They hoped bring attention to the more than 65 million refugees worldwide. Some of the people there, like Rafael Shimunov, were refugees. Shimunov's family fled Soviet Uzbekistan decades ago when he was just two years old.

"They fled through Europe with nothing but what was on their backs," Shimunov said. "They'd barter on their way to get hotels and food."

He said without people like the attendees at the rally, his family wouldn't have made it to the US.

“We reflect on the courage of those who fled and the compassion of those who welcome them,” the Secretary-General said

New Yorkers also rallied near Trump Tower. Many are concerned about how President Donald Trump's decisions may impact refugees. In his first days in office, Trump signed an executive order restricting travel from several muslim majority countries, including Syria, where conflicts have displaced 12 million people.