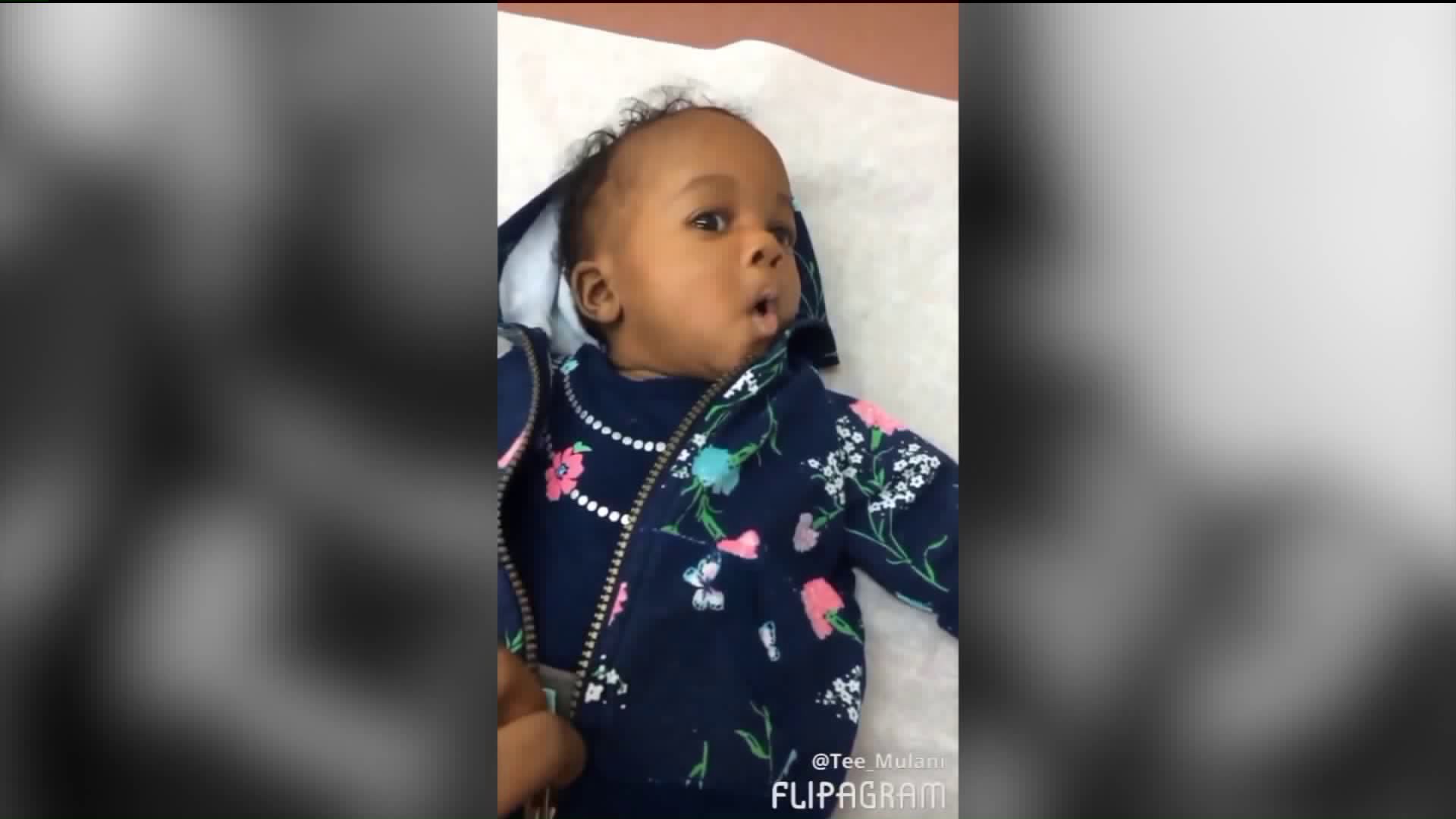 The teenage father was watching his daughter, Nylah Lewis, when the girl`s mother arrived and noticed the sleeping baby was struggling to breathe and had bruising on her face, police said.

Shaquan Taylor, who turned 19 on Tuesday, is accused of going on the attack at a Coney Island apartment Sunday.

The teenage father was watching his daughter, Nylah Lewis, when the girl's mother arrived and noticed the sleeping baby was struggling to breathe and had bruising on her face, police said.

The mother, Tammy Lewis, 17, then attempted to leave the apartment with Nylah when Taylor allegedly punched her in the face.

A friend was able to take the child as Taylor continued to assault the mother, police said.

Nylah Lewis was hospitalized with two skull fractures, and bruising on her face and legs, police said. She is in critical condition.

Taylor has five previous arrests, including one in 2015 in which he was charged with sexual misconduct because his then-girlfriend, Lewis, was only 14 at the time, the Daily News reports.

Two months after Nylah was born in 2016, Taylor was arrested for harassing Lewis, police sources told the newspaper.

The judge who issued an order of protection against Taylor on behalf of Lewis and their daughter in that case, presided over his arraignment on Monday, the Daily News reports. It is unclear why Taylor has access to Nylah Lewis on Sunday.

During the arraignment, prosecutors said they feared the little girl would not survive her injuries.

Last Feb. 16, when her daughter turned one, Tammy Lewis reminisced on Facebook about her first days as a mother.

"You're one of the best things that ever happened to me Nylah," Lewis wrote, "I'll go above and beyond for you."

The teenage mother said she was criticized for having a child at such a  young age but vowed to persevere.

"I knew I was gonna be a great mother to you and finish school," she said, adding, "you motivate me to go harder each and everyday and I swear you (sic) gonna have the best life ever."​