Sleeping boy, 7, taken to bus depot when driver doesn’t realize he’s on the bus: ‘It’s like being in an oven’ 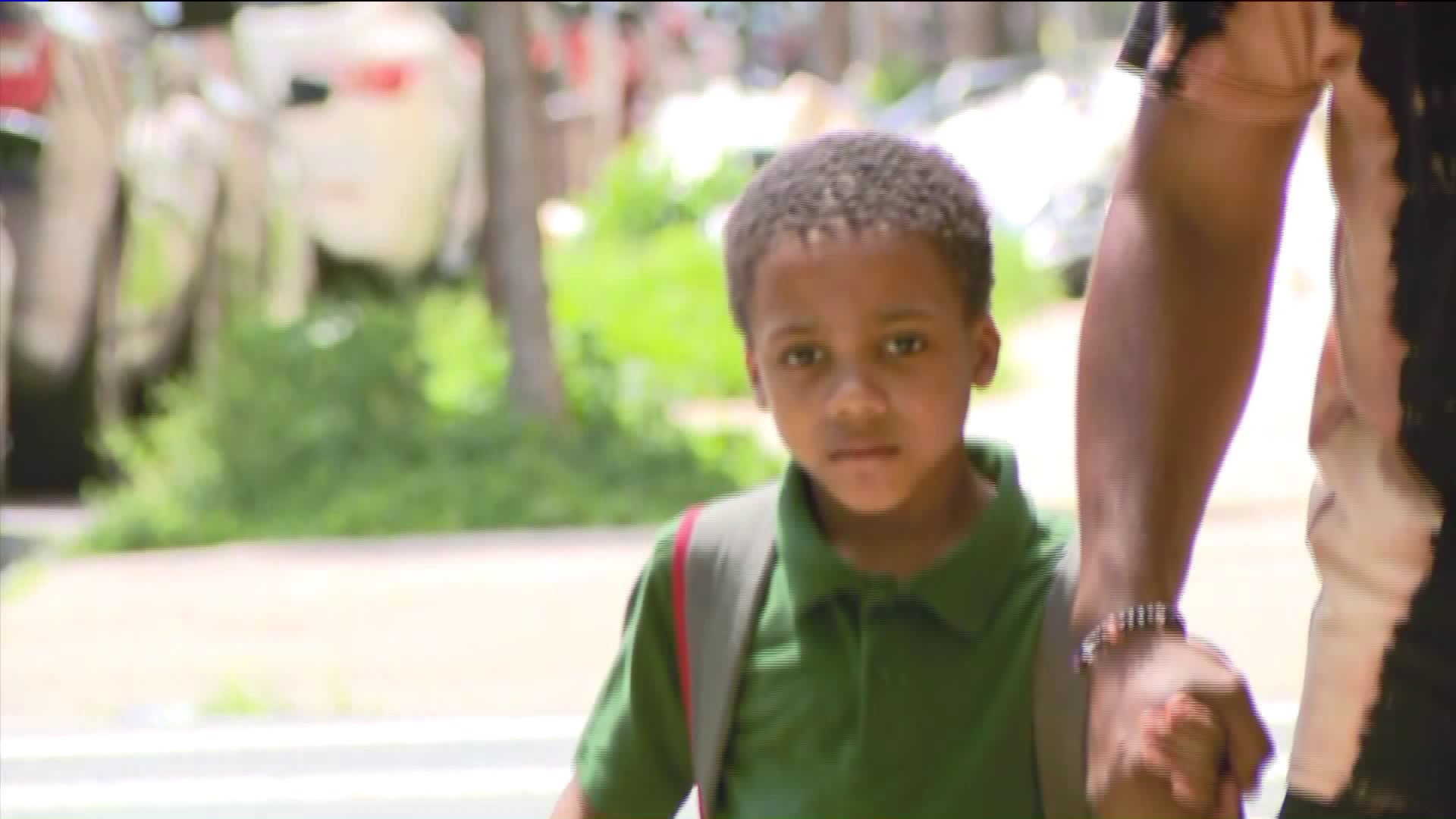 He fell asleep on the way to school and then stayed on the bus, fast asleep, as it was driven to the bus depot.

BEDFORD-STUYVESANT, Brooklyn — A Brooklyn family was furious Monday when a 7-year-old fell asleep on his bus ride to school and was then driven to the bus depot after the driver didn't check for sleeping students.

First grader Zedeki Laster boarded his bus at 7 a.m. By the time he reached the Bedford Stuyvesant New Beginnings Charter School, he was sleeping. All the kids got off the bus, except him.

The driver returned to the Logan Bus Company depot in Ozone Park, Queens and left the bus.

When Zedeki woke up, he didn't see any other kids.

"I thought they were all hiding," he said.

But it wasn't a game. The bus was hot. And Zedeki was scared and thirsty.

Finally, a person at the bus depot saw Zedeki. The bus company called the school and drove the child back to Brooklyn.

Zedeki's father, Shermaine Laster, said they didn't get his son any sort of medical attention.

"They fed him and then they sent him to class," Laster said.

Laster said his son was on the bus for more than 2 hours.

"After they realized that they had done everything wrong, they went back and they got him from the class and they had the nurse evaluate him," he said.

Laster said it took the school over an hour to call him about the incident.

"Student safety is our top priority. While we have no direct supervision of the employees of the bus company, we are reviewing this incident and will take appropriate steps to protect the safety of all our students."

The Logan Bus Company said it fired the driver. A company director said, "We are extremely apologetic to the child and his parents, and we are glad the child is safe. We will remind all employees by reissuing a memo that is a company staple, that they must check for sleeping children at the completion of their route EVERYDAY. "

Laster said he is angry but thankful his child is alive.

"He could have went into heat stroke," Laster said. "Because there is no A/C on the yellow buses. And the windows are up. He's laying on the bus. It's like being in an oven."