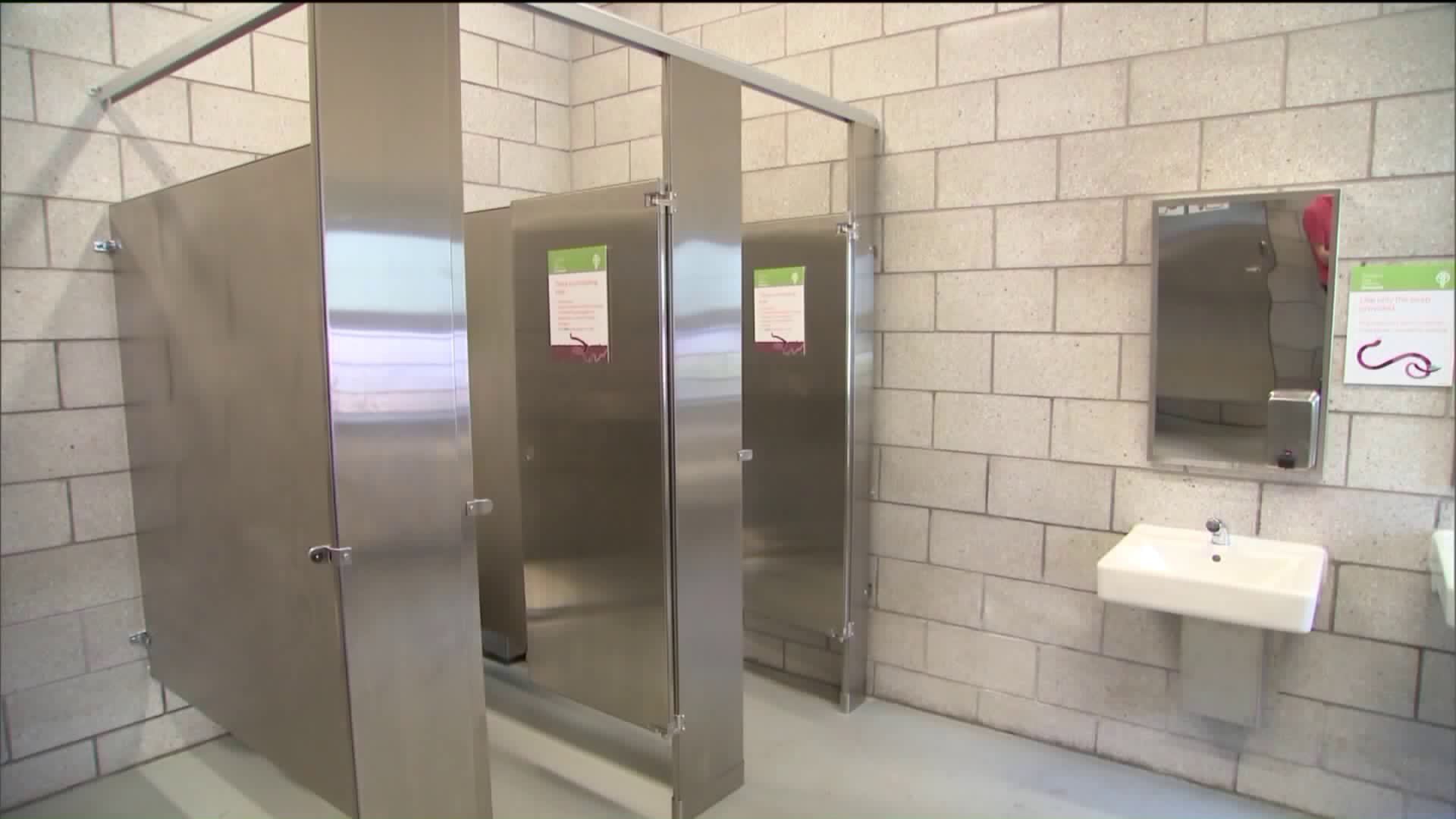 The bathroom building itself may be more than a century old, but the $2.34 million project uses new technology to help people be environmentally friendly when they relieve themselves. Composting toilets use 97 percent less water than traditional toilets.

"Being able to provide more restroom facilities to park visitors, while advancing the environment, is a win-win situation," said Sue Donoghue, president of the Prospect Park Alliance.

The design will save 250,000 gallons of water annually and keep waste out of New York City's sewer system by converting it to compost. It will also save greywater - water collected from hand sinks, janitor sinks and floor drains - for landscape irrigation.

It's a sustainable way to develop nutrient-rich soils and divert waste from landfills, said Sanitation Department Commissioner Kathryn Garcia. Composting has been a major focus of the city since the announcement of OneNYC, an environmental program created under Mayor Bloomberg and updated by Mayor de Blasio.

The toilets are in the park's Wellhouse, a structure built in 1869. It fell into disuse after Prospect Park was connected to the city's water supply in the early 20th century.

Now it's home to the first composting bathroom in a New York City Park. The concept has been around since the 1930s. Foam, rather than water, cleans the toilet out after use.