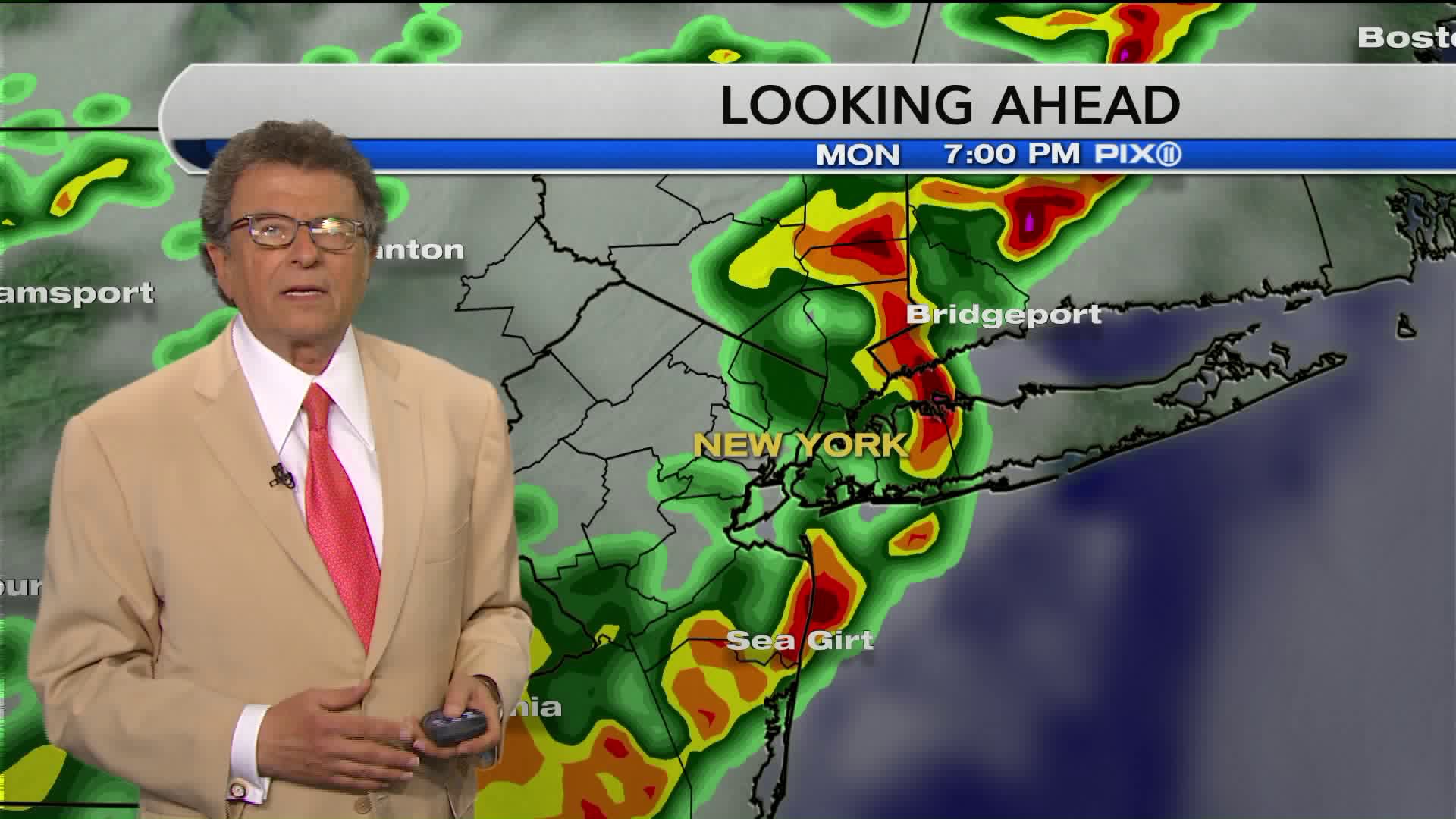 The thunderstorms passed at the height of rush hour.

A cold front sweeping across the region brought torrential downpours, gusty winds across the region. Reports of downed trees and limbs were scattered across the entire region. Flash Flood Warnings were issued local catch basins had trouble handling rainfall rates that were in excess of 2” per hour.

The severe weather has moved on and weakened with the loss of daytime heating since then. The region is left with is a few leftover showers that could linger through the night.

Is anybody excited about the rainbow outside? So beautiful! One of natures treasures. Newark, New Jersey

By daybreak, the shower threat should end and skies should clear out early on Tuesday. Temperatures will still be on the warm side with highs in the mid 80s, but it will be noticeably less humid through the day.

A weak front may spark a shower Wednesday afternoon but the bulk of the day will be partly sunny with highs in the lower 80s.

Outside of the region, Tropical Storm Bret has formed near the coast of the Venezuela. Climatologically speaking its very unusual for a such a system to develop around that part of the Tropics. Regardless, Tropical Storm Warnings have been issued for the region as the storm passes through Monday night into Tuesday morning.

In the Gulf of Mexico, the National Hurricane Center is monitoring another disturbance that is anticipated to become Tropical Storm Cindy. Currently stationary, the system is expected to start moving north by Tuesday morning approaching the Texas/Louisiana coast by Wednesday. Tropical Storm warnings and watches have already been issued for the region in anticipation forecast to further organize and intensify.