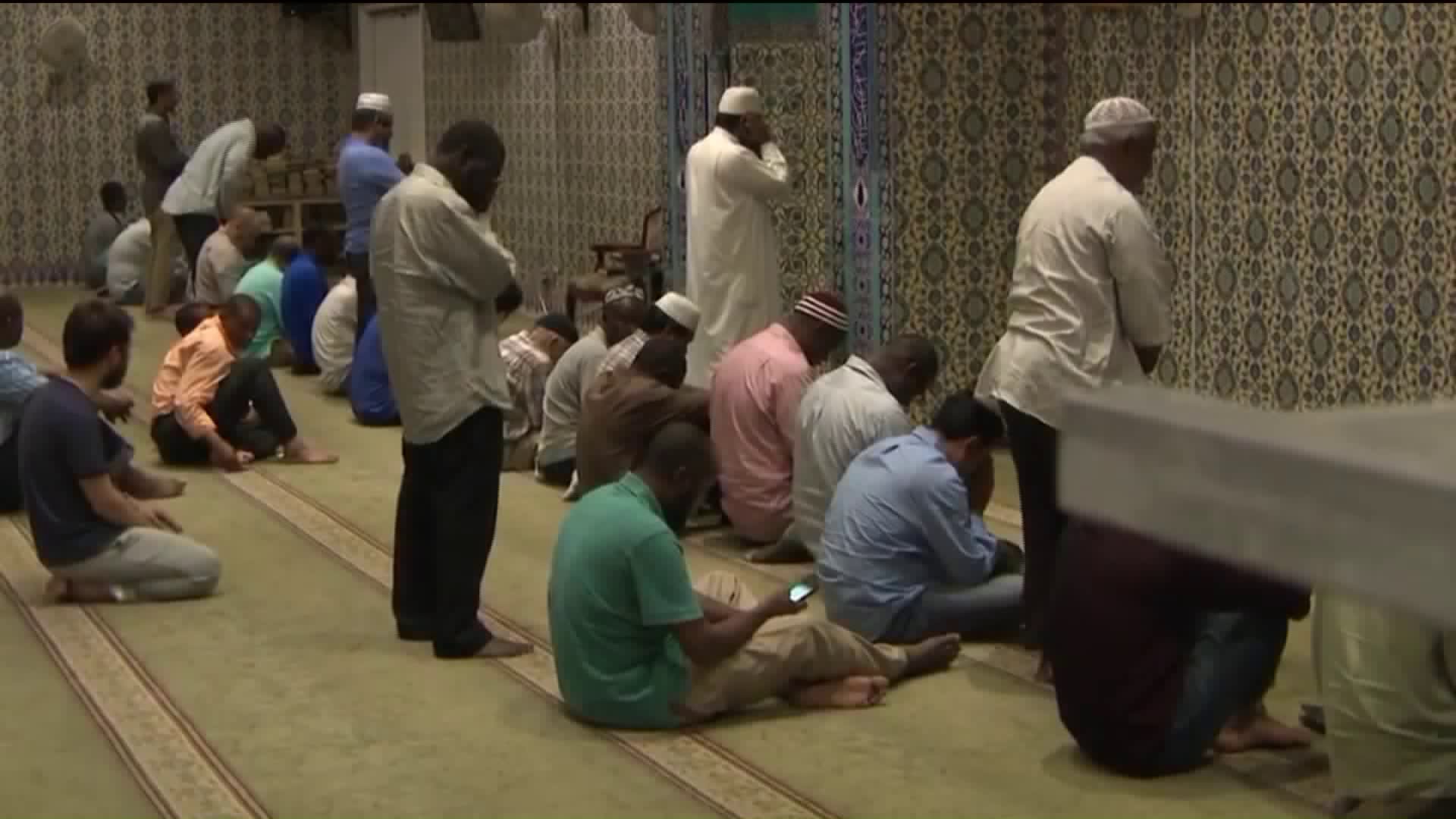 A man was found dead and at least eight people were hospitalized after an attacker rammed a van into a crowd of worshipers near a mosque in north London, in what police are treating as terrorism.

LONDON –– A man was found dead and at least eight people were hospitalized after an attacker rammed a van into a crowd of worshipers near a mosque in north London, in what police are treating as terrorism.

A 48-year-old man was restrained by members of the public and then arrested at the scene on suspicion of attempted murder, according to London's Metropolitan police.

"No matter what the motivation for this attack proves to be, we are keeping an open mind. This is being treated as a terrorist attack and the Counter-Terrorism Command is investigating," said Neil Basu, senior national coordinator for terrorism.

-- Police say they believe there was only one man in the van.

-- Investigation of the incident is being carried out by the Counter-Terrorism Command.

-- Muslim Council of Britain releases a statement calling it a "terror attack."

Basu confirmed witness accounts that the man found dead at the scene was already receiving first aid when the attack unfolded.

It was unclear whether the man died as a result of the attack, Basu said. Eight other people were taken to hospital. Two of them are seriously injured.

Basu said police believed that the alleged attacker acted alone, despite earlier reports from witnesses who said they saw two other people flee the scene.

London Mayor Sadiq Khan called the incident a "horrific terror attack." The assault comes on the heels of another attack at London Bridge, in which three men rammed a van into pedestrians and went on a stabbing spree at nearby bars and restaurants, killing eight people.

"We don't yet know the full details, but this was clearly a deliberate attack on innocent Londoners, many of whom were finishing prayers during the holy month of Ramadan," Khan said.

Abdikadir Warfa, who was on the street at the time, said the van turned into an alleyway and hit a number of people before coming to a stop. Images from the scene show a white van wedged against a traffic barrier at the end of a dead-end street.

"I saw a man, he was underneath the van," Warfa said, who described how his friends tried to lift the van to free him.

Warfa said many of the people in the street were worshipers who'd been attending late-night taraweeh prayers at Finsbury Park Mosque.

He said as he attended the injured, others grappled with the driver as he tried to run away.

"The man tried to escape. My friends told me there were two other guys with him but they caught the driver," said Warfa.

Ratib Al-Sulaman told CNN he was sitting with friends two minutes away, when an "incident in front of the mosque" occurred.

"Some big van ... crushing the people in the mosque. So we just run straight away, I see police, ambulance, people lying on the floor, and a van as well," said Al-Sulaman. "There was three people in the van. One has been arrested and two ran away," he added.

Witness Saeed Hashi described how he fought with the driver as he waited for police to arrive. "We stopped the guy and we put him on the floor and people managed to call police," Hashi said, showing CNN his bruises. "He punched me in the head."

Hashi was one of three people who held the suspect on the ground for 10 minutes. "He was really shouting and aggressive ... he was just spitting on us," Hashi said.

Witnesses described seeing between eight to 10 people lying on the ground near to the Muslim Welfare House on Seven Sisters Road.

"He (the driver) wasn't drunk or anything ... I know this is deliberate. This is a terrorist attack," said Abdul.

A statement released by the Muslim Council of Britain (MCB) condemned what it described as a "terror attack."

"During the night, ordinary British citizens were set upon while they were going about their lives, completing their night worship. My prayers are with the victims and their families," read the statement.

Finsbury Park, in the London Borough of Islington, is a bustling, diverse area of north London. Around 10% of the borough's population is Muslim.

The incident was the third to have used a vehicle to kill pedestrians in London since March this year.

UK Prime Minister Theresa May said police are treating the incident "as a potential terrorist attack," and has confirmed that counter-terrorism command is leading an active inquiry.

The incident comes at a time when emotions are high in the UK, in the wake of a series of deadly terrorist attacks.

On May 22, a suicide attack killed 22 people and injured nearly 60 after an Ariana Grande concert in Manchester.

Then on June 3, eight people were killed and 48 were injured when three men drove a van into pedestrians on London Bridge before leaping out and launching a stabbing spree in nearby bars and restaurants.