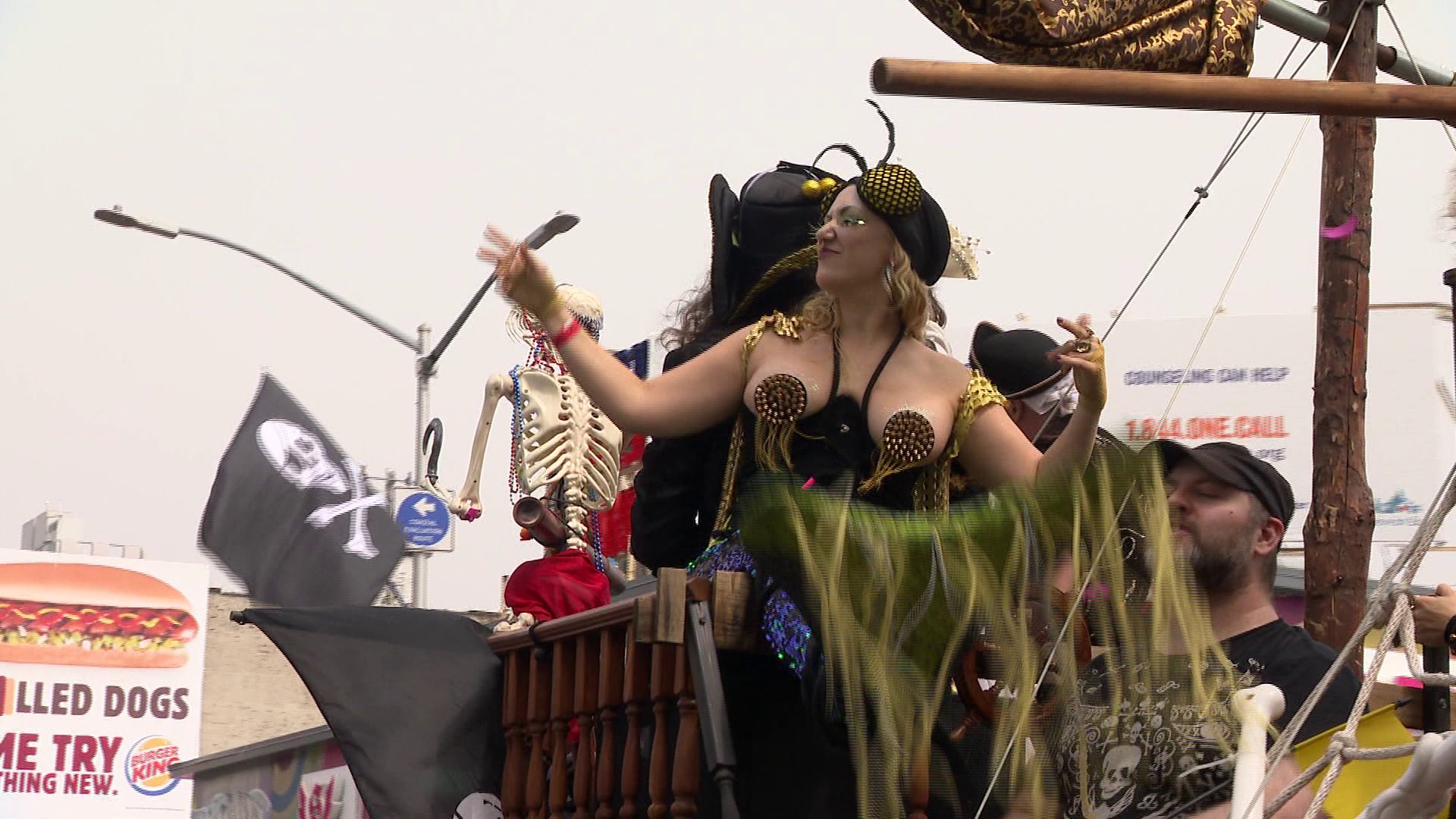 A mesmerizing 35-year-old tradition, the Mermaid Parade celebrates all shapes and sizes of seafaring creatures and the spirited, artistic and quirky nature of Coney Island itself.

CONEY ISLAND, Brooklyn –– It is arguably one of the most outrageous and bizarre of New York City's parades.

A mesmerizing 35-year-old tradition, the Mermaid Parade celebrates all shapes and sizes of seafaring creatures and the spirited, artistic and quirky nature of Coney Island itself.

"I love it, it's exhilarating," one almost topless mermaid said. "Mermaids are topless."

There were the bare-breasted and bare-chested, the near topless and the almost bottomless.

These creatures from the ocean were definitively not fish out of water,

"I am a piece of art," a man identifying himself as SmokestackNYC said. "I am a face."

Hundreds of thousands of spectators come from all over the world to see this spectacle.

Zhiwen Peng told PIX11 there is no mermaid parade in China.

Havana Hagans came all the way from Kentucky to see the floats and those floating on them. "I love the music, the artists, the energy of the crowd, it blows my mind," she added.

And when the parade was all over, toast on the famous boardwalk to the unofficial start of summer.