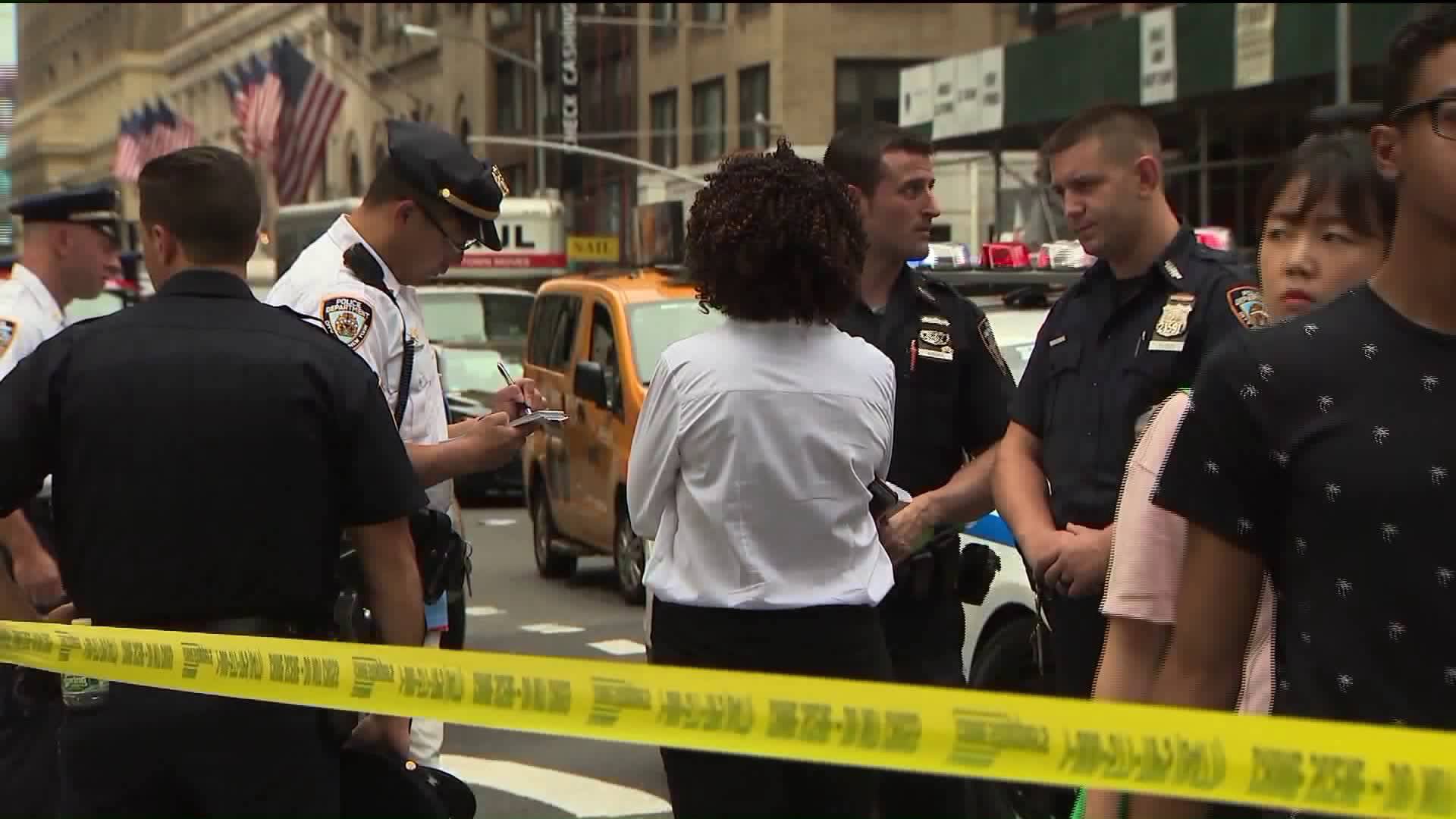 MIDTOWN, Manhattan –– Police say an 80-year-old man was struck and killed by a charter bus on a busy midtown Manhattan street Saturday afternoon.

Cops responded to a report of a bicyclist struck at West 29th Street and Seventh Avenue around 2:30 p.m. Arriving officers discovered the victim, a male, laying on the floor with "severe" body injuries, police said. EMS took him to a hospital where he died.

.@NYPDHighway investigating after a cyclist was struck by a coach bus while crossing 29th Street and 7th Avenue and died. pic.twitter.com/s3ln9C3N55

An investigation by the NYPD found the bicyclist and a charter bus were both traveling southbound on Seventh Avenue when they collided. The bus was trying to make a right turn onto West 29th Street.

The driver of the bus remained the scene.

The victim was later identified as 80-year-old Michael Mamoikakis.