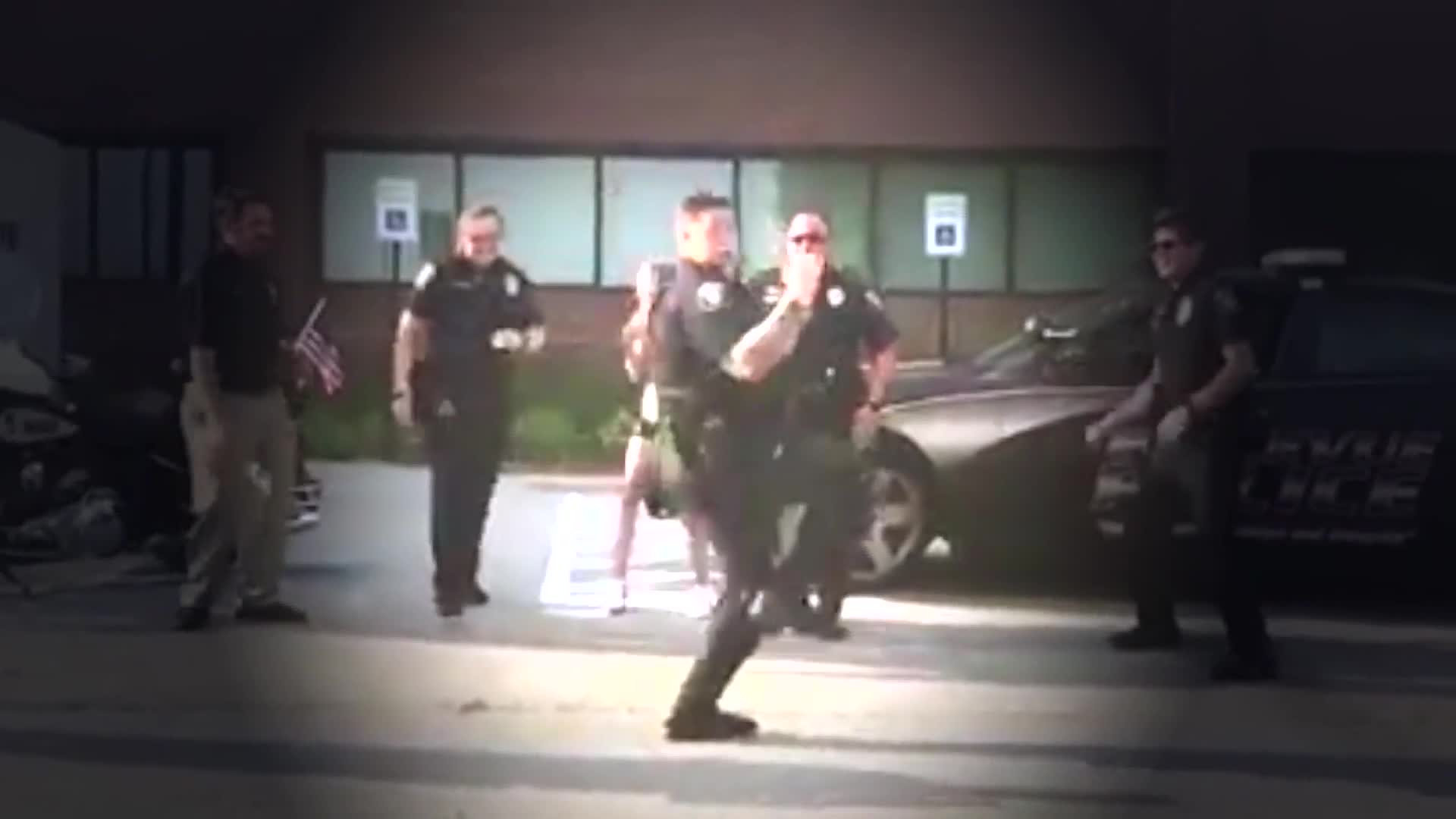 Officers in Nebraska responding to an unusual call this week… A call to dance!

Officers in Nebraska responded to an unusual call this week — a call to dance!

It all started when an officer from the Lincoln Police Department in Nebraska posted a video on twitter that sparked a mini-movement – literally.

Officers from Bellevue showed off their moves, though with perhaps less skill.

You can see the officers doing their best toe-tapping in front of a police car, motorbike and the station building.

“'I’m just a big goofy guy with no dance moves, but I’ll get into it as much as I can,” he told a local news station.

And don’t worry, the officers were all off duty, but definitely on the beat.

Police say these dance offs are a way to show the public that the force is made of ordinary people. They want the public to remember they’re human, too.

And clearly they know how to have a good time.