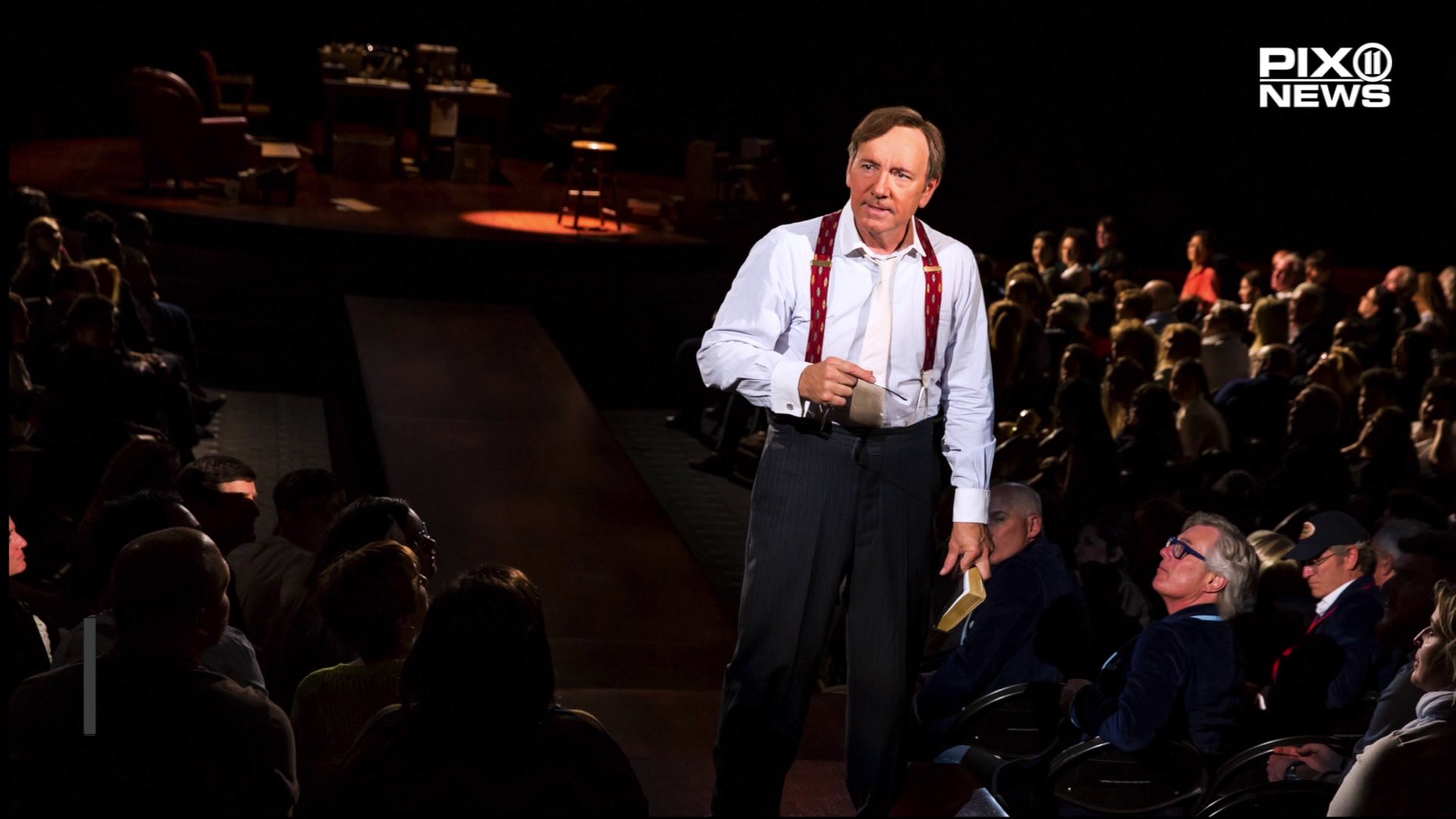 He stars as the celebrated trial lawyer, Clarence Darrow, in this unique one-man show.

FLUSHING, Queens — A week after hosting the Tony Awards, Kevin Spacey has made history starring in the first show ever staged at Arthur Ashe Stadium.

He stars as the title character in the one-man play " Clarence Darrow ." It tells the story of Darrow, one of the most celebrated and prominent trial lawyers in U.S. history. He was a champion of the rights of the underdog, a leading member of the American Civil Liberties Union and a strong advocate against capital punishment.

And now, Kevin Spacey — the Oscar, Tony and Olivier award-winning star — is making the American debut of his acclaimed one-man show, playing the man who made headlines taking on the cases others wouldn’t dare touch. This performance is happening only at the world-renowned Arthur Ashe Stadium, transformed for the first time in its history.

It's a two-night only event, with the final performance Friday at 8 p.m. Tickets are still on sale.