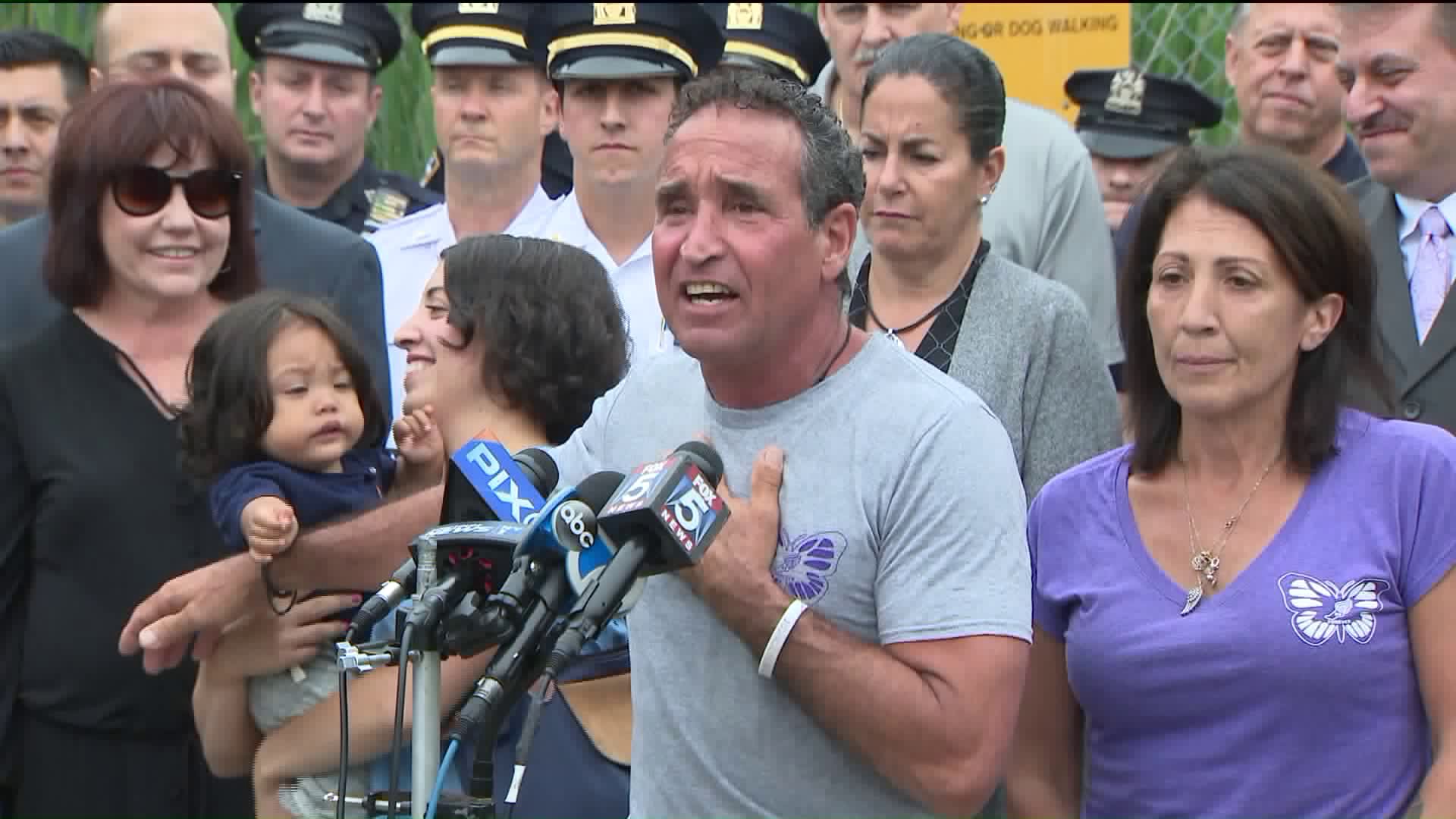 By a vote of 9 to 2, the New York State Committee on Forensic Science passed a policy that will allow familial DNA searching to track unknown killers and rapists.

HOWARD BEACH, Queens — For Phillip Vetrano, there have not been many good days since the murder of his daughter Karina last August — but this Friday was different.

Vetrano, along with with his wife and elected officials, came together near the park where Karina's body was discovered to applaud the approval of familial DNA testing by the New York State Commission on Forensic Science.

The 9 to 2 vote will allow the crime fighting tool, which works by testing the genetic make-up of anyone already listed on the state's DNA database and connecting it to a relative, to be utilized by law enforcement agencies throughout New York.

His wife Cathie put it into words what will happen once a connection is made, "Familial DNA usage will help bring these deviants to the severe justice that they do deserve."

As the Vetranos weighed-in on the significance of commission's approval, so did Queens District Attorney Richard Brown. His office is set to prosecute Karina's alleged attacker and killer 20-year-old Chanel Lewis of East New York.

In a statement Brown offered the following, "Today's approval of familial DNA searching by the State Commission of Forensic Science is a victory for justice and the people of the State of New York."

For the Vetranos, the wound of this tragedy will live with them forever, but before the news conference a rare sight, a smile from Phillip.

He shared the moment the way grandfathers do with their grandchildren.

The way he once did with his own daughter.