Scoping out the 10 best places to cry in New York 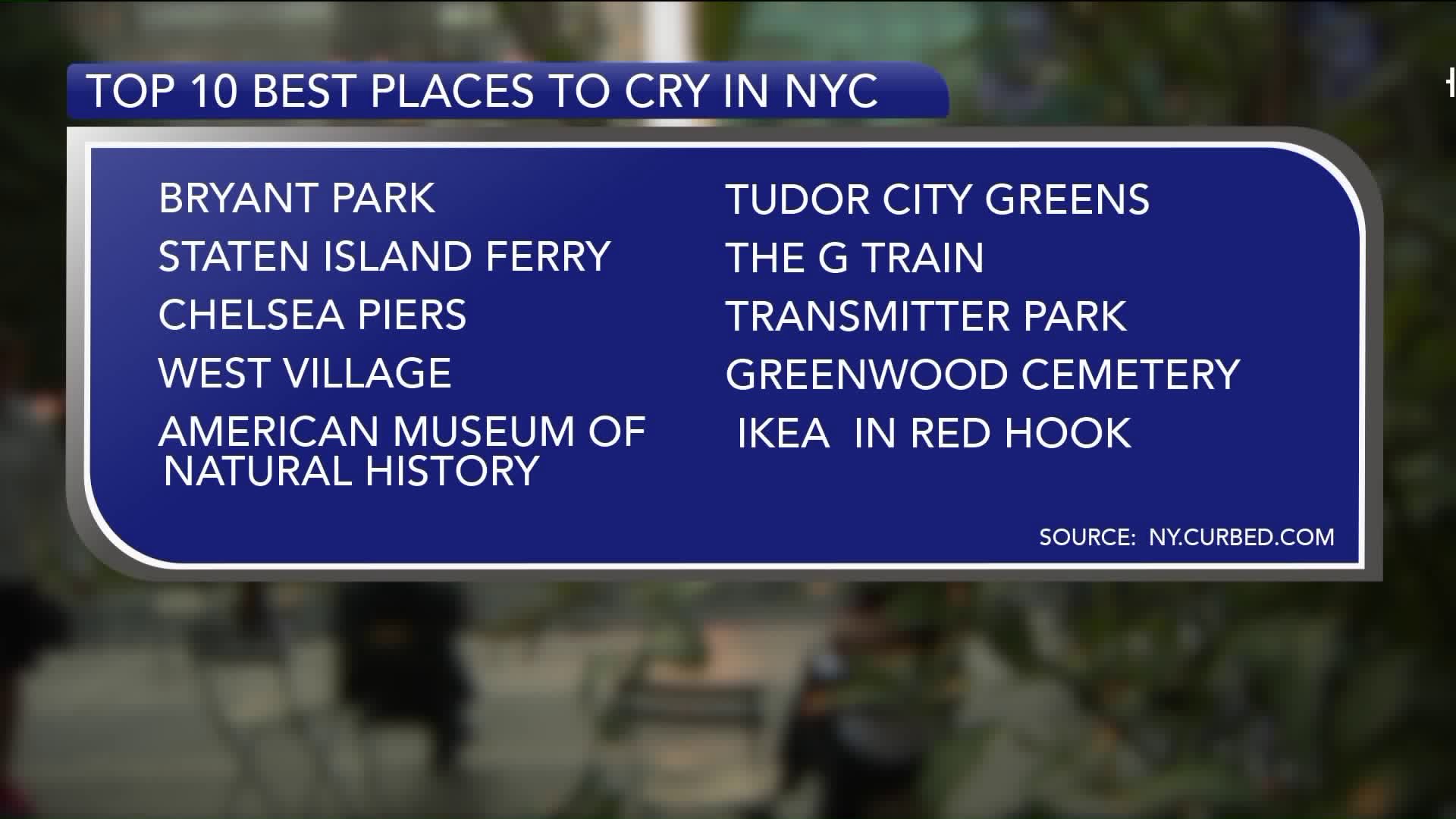 New York is a big city filled with lots of places for a good cry session, but some places are better than others.

NEW YORK — New York is a big city filled with lots of places for a good cry session, but some places are better than others.

With high rent, subway commuting problems and job stress, it can be important to let off some steam with a good old fashioned cry.

Some of the places on the list can even fill more than one purpose - like the new bathrooms at Bryant Park. A $300,000 upgrade made it one of the most luxurious bathrooms in the city. It will always have tissues when you need them most.

PIX11 ran into Ilaria Liprandi right outside the Bryant Park bathrooms Thursday. She just moved to New York from Italy

"Everywhere, I cry everywhere," Liprandi said. "I'm work-sick because I can't find a job, so I cry basically everywhere."

Liprandi said she wasn't at the Bryant Park Bathroom to cry - she doesn't need the privacy of a bathroom.

“I’m Italian, so no problem crying in public,” she said.

Liprandi's let loose in public at Central Park, the Empire State building, a restaurant and a church near her new home. None of those locations made the Curbed list.

No locations in Queens or Bronx made the list.