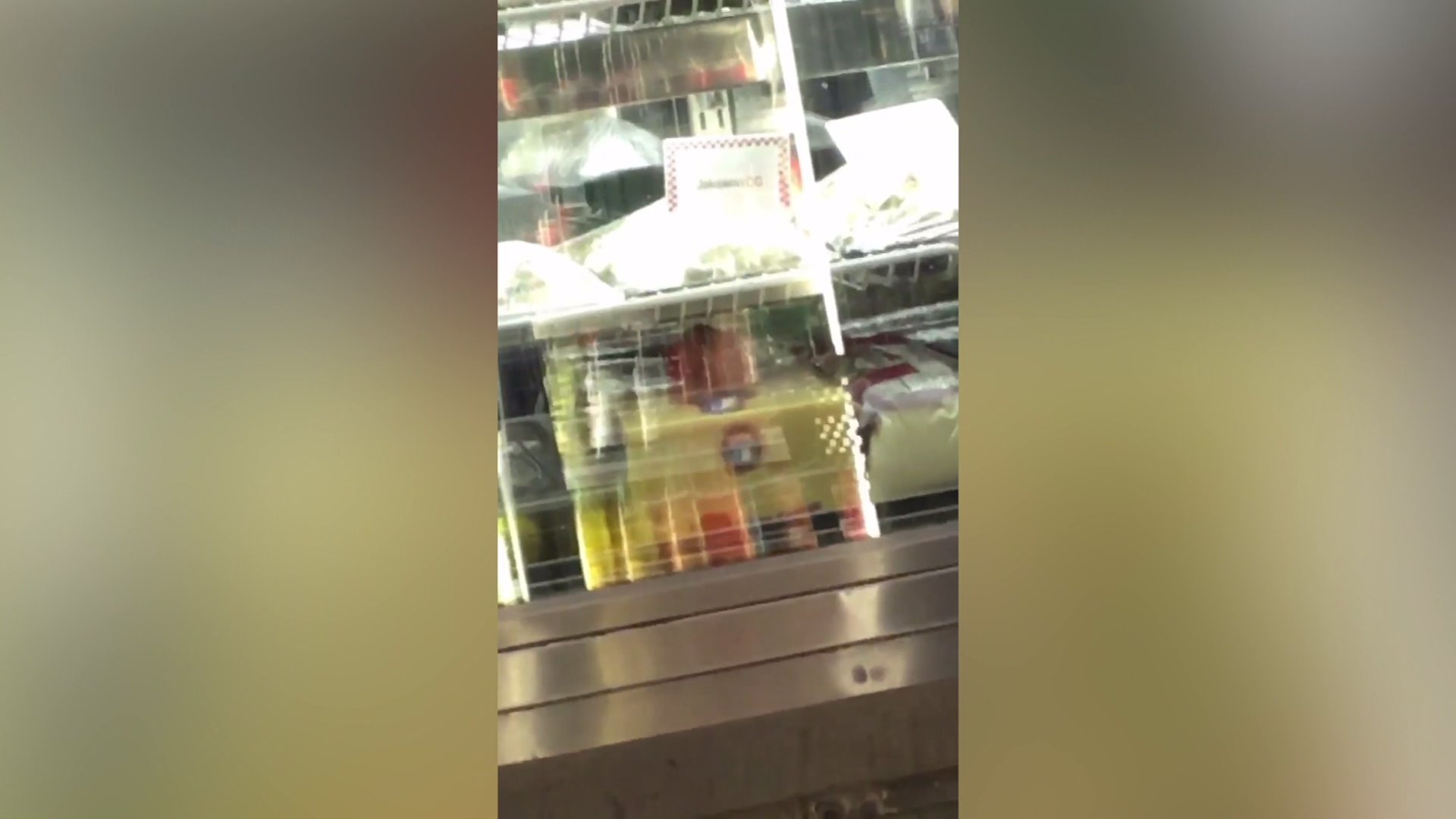 The 24-hour bagel shop has been serving the community for decades but a viral video is now turning many long time customers away.

The 24-hour bagel shop has been serving the community for decades but a viral video is now turning many long time customers away.

“I felt sick to my stomach because that’s really disgusting and I go there every week,” Jason Clohessy said, describing a recent visit to the deli that went awry.

Clohessy was having lunch with his friend Lawrence Conway last week at Bagel Oasis when he noticed an uninvited guest in the deli’s cold cut display.

“A rat was walking around on top of it around everything,” he said. “I was like ‘yo bro its behind you,’ and he dropped his food immediately.”

Without skipping a beat, the 16-year-old took his iPhone out and started filming.

“I didn’t believe him at first and I saw the rat and I threw away my food and asked for my money back,” Conway said.

According to the teens, the clerk who was tending the deli at the time, immediately issued the pair refunds.

Despite getting their money back, they said the damage was already done.

Clohessy’s mother says she is still shaken by the incident.

“I was shocked,” Heidi Hartwig told PIX11 News. “I’m a regular there its my late night spot [for] a quick bagel and I will never go there again.”

Management at Bagel Oasis declined an on-camera interview with PIX11 simply acknowledging that they are aware of the video which in the past 24 hours has clocked in nearly 200k views and thousands of shares on Facebook.

“I just felt like every day I see people eating in there and I don’t feel like its right – you can get sick,” Clohessy said, explaining what compelled him to post the video a week after it happened.

PIX11 did put out a call to the state's Department of Agriculture and Markets, which oversees the Bagel Oasis establishment. Our calls were not immediately returned.

It's unclear if they are aware of the situation.

Meanwhile the city's Department of Health told us in a statement they "treat rodent complaints seriously and will send an inspector to the business to investigate."