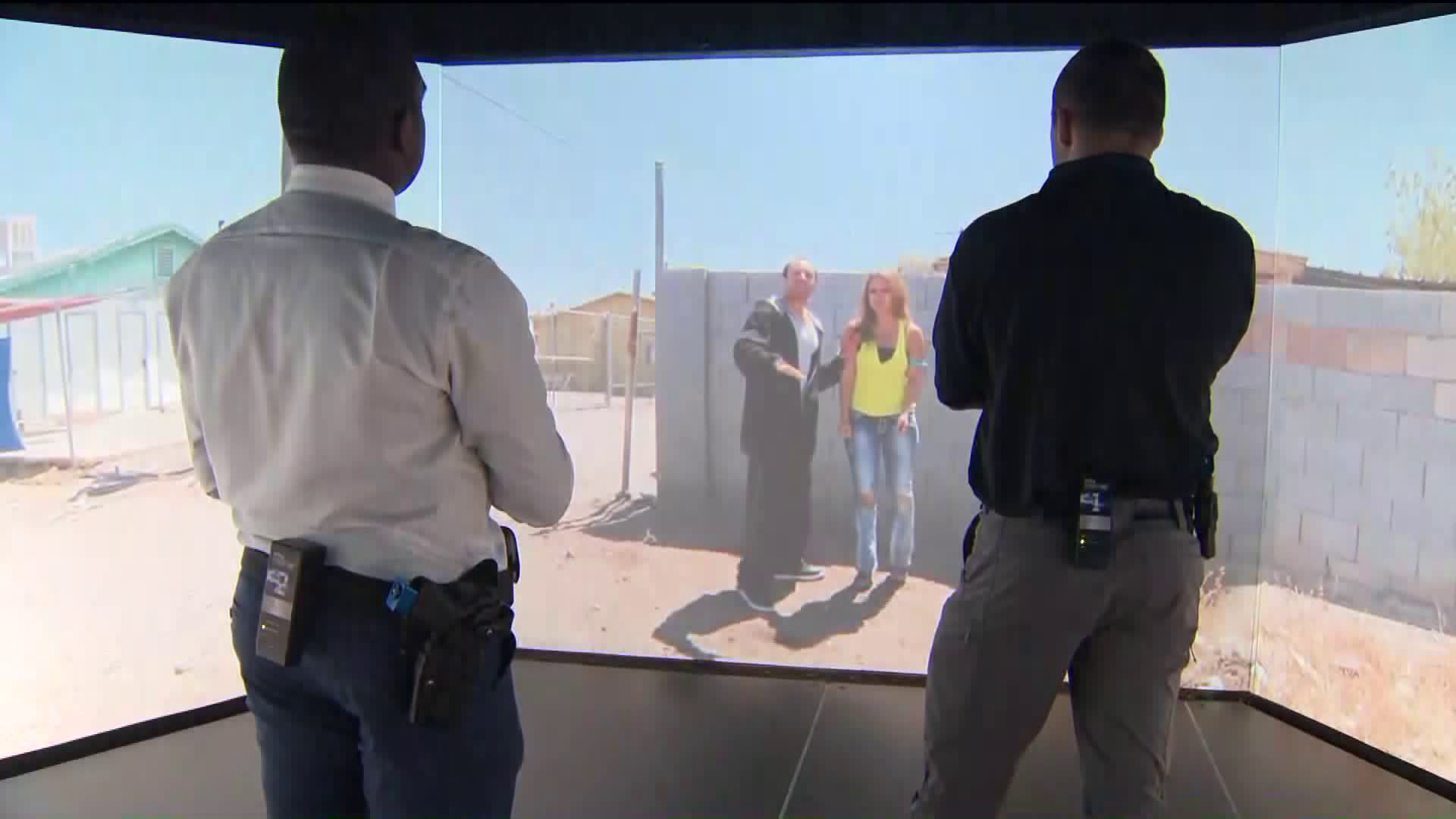 FREEHOLD, New Jersey — During Wednesday’s shooting of Rep. Steve Scalise and four others, the gunman appeared to be laying in wait with a long gun, behind the dugout at an Alexandria, Va. YMCA baseball field.

Its what  police call an “active shooter” situation.

The incident has law enforcement across the country on high alert, including in Monmouth County, New Jersey, where the sheriffs office is using a computer simulator to prepare officers for the real thing.

“We know sometimes situatuions escalate in split second notice and we want our officers and our law enforcement professionals out the to be prepared,” said Shaun Golden, the Monmouth County sherriff.

The video simulator in Freehold has more than 100 scenarios, including a heated domestic violence situation and target practice.

I wore a police belt, equipped with a real Gloc handgun and a sensor that shocks you if you're shot by a suspect.

The first call? A noise complaint.

We asked the suspect to put down a hammer, he complies but pulls out a rifle and is shot.

In another scenario, we responded to a fight between a man and woman.

We get told him to step away, he complied, but neither of us could have expected the woman to pull out a needle.

She follows our orders to drop the syringe.

“If there is an active shooter, how do you respond afterwards,” is what the officers who train here learn, said Golden.

The simulator allows officers to make split second decisions that will pay off in the field.​