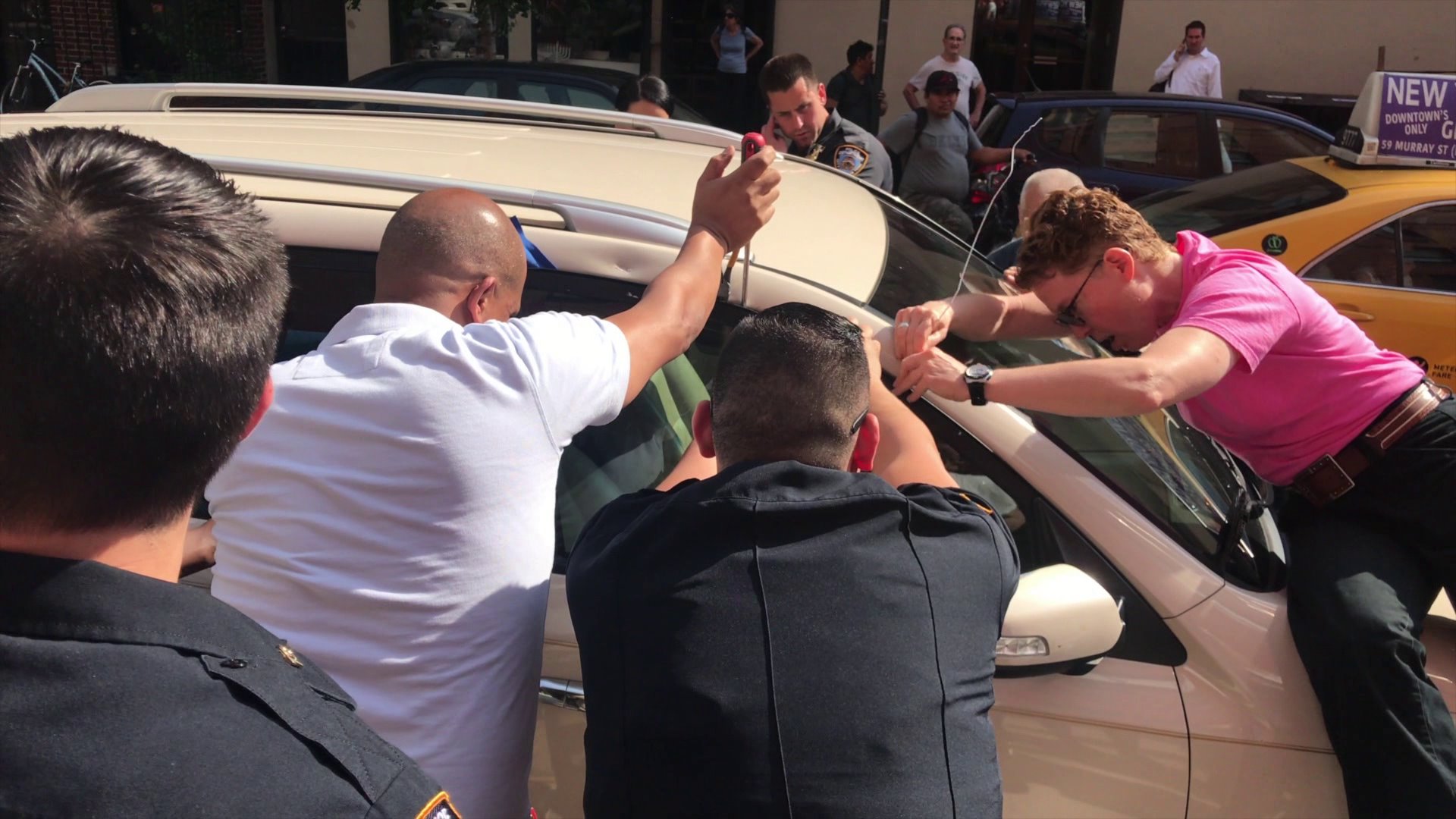 Officers safely removed the child and determined he was not injured.

UPPER EAST SIDE, Manhattan — A 2-year-old was left stranded in a hot car Wednesday—until cops rushed to his rescue.

The toddler’s grandmother went to the car’s trunk to get wipes to clean him when he locked the car doors with the keys inside, Officer Alicia Garcia of the 19th Precinct told PIX11 exclusively.

“Our number on priority was to get the child out quickly and safely so we had to distract him to one side of the vehicle. We also had a bunch of people trying to fit a wedge into the door to pop the lock open,” said Officer PJ Conley who worked to free the toddler.

Officer Danny Pardo used a emergency windshield escape hammer known as a “Lifehammer,” to break the windows of the KIA SUV open and free the child.

“I was very anxious to get the child out of the vehicle because it was very hot in there, at the same time we also had to think of his safety first to make sure he wouldn’t get harmed once the glass was broken,” Garcia said.

Officers safely removed the child and determined he was not injured.