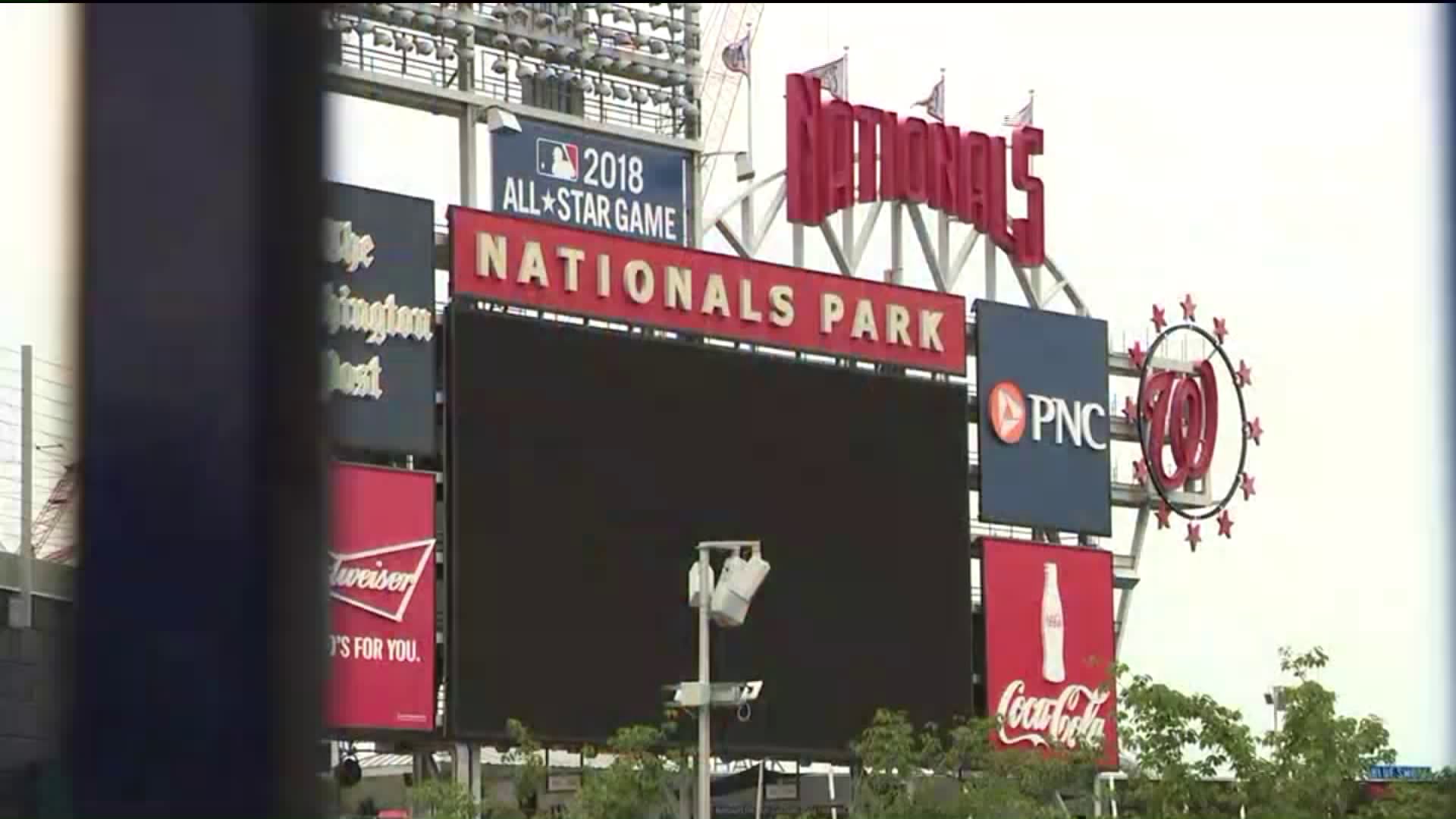 The Congressional Baseball Game will go as planned Thursday at Nationals Park after Democrats and Republicans called for bipartisan unity in the wake of the congressional baseball practice shooting.

WASHINGTON –– The Congressional Baseball Game will go as planned Thursday at Nationals Park after Democrats and Republicans called for bipartisan unity in the wake of the congressional baseball practice shooting.

"This bipartisan event shows baseball's power to bring people together," the Nationals said in a statement. "Our thoughts and prayers are with those wounded today and their families."

Rep. Steve Scalise, a member of the Republican baseball team, was hospitalized Wednesday after a gunman opened fired while Republican members of Congress were practicing Wednesday in Alexandria, Virginia ahead of the annual charity baseball game.

Scalise, the third ranking member of House Republican leadership as the majority whip, is in critical condition after he suffered a single shot to the left hip. Five people were shot and two others suffered secondary injuries.

The shooting marks the first time a sitting member of Congress has been shot since Arizona Rep. Gabby Giffords was targeted by a gunman in 2011.

During their 20-minute visit to the hospital,Trump sat next to Scalise's bed and spoke with the congressman's family, said White House spokesman Sean Spicer.

"He's a patriot. And he's a fighter," Trump said. "He will recover from this assault -- and Steve, I want you to know that you have the prayers not only of the entire city behind you, but of an entire nation, and frankly the entire world."

"He underwent immediate surgery, and an additional procedure to stop bleeding. He has received multiple units of blood transfusion," the hospital said in a statement put out by Scalise's office.

The Republican's team was practicing their batting at the Alexandria baseball field when shots suddenly rang out.

Staff members, and even the young son of one of the members, ran for cover, jumping into dugouts and over fences.

"We had nothing but baseball bats to fight back against a rifle with," Alabama Rep. Mo Brooks said.

Many members of the congressional GOP baseball team huddled in a dugout while Capitol police -- who were part of Scalise's security detail -- and local Alexandria police engaged in a shootout with Hodgkinson.

Scalise, who was standing at the second base plate, was struck by gunfire and collapsed.

Lawmakers told reporters they saw Scalise dragging himself roughly 15 yards before the shooter was neutralized.

He was lying motionless and was "coherent the whole time" when Sen. Jeff Flake and Rep. Brad Wenstrup, who is a physician, applied pressure to his wound, Flake said.

A law enforcement source told CNN that traces were still being done on the two firearms recovered at the scene -- an SKS rifle 7.62 (which is a Chinese-made AK variant) and a 9 mm pistol.

The shooter, James Hodgkinson, was a small business owner in Illinois who defined himself publicly by his firm support of Bernie Sanders' progressive politics -- and his hatred of conservatives and President Donald Trump.

Hodgkinson's Facebook page is largely political. His picture is a caricature of Bernie Sanders as Uncle Sam and his feed is filled with anti-Trump sentiments.

In recent months, Hodgkinson called Congressman Mike Bost's office at least 10 times with complaints about the Republican's stance on health care and his voting record, Bost said in a statement.

Vermont Sen. Bernie Sanders said he condemned the shooting "in the strongest possible terms" after he learned the shooter had volunteered on his Democratic presidential campaign.

"I am sickened by this despicable act," he said. "Real change can only come about through nonviolent action, and anything else runs against our most deeply held American values."

Medics rushed into the field after Scalise and others including a congressional staffer, a lobbyist and two members of the Capitol police force were injured.

As of Wednesday, Matt Mika, a lobbyist for Tyson Foods and former congressional staffer, was in critical condition after undergoing surgery for a gunshot wound, his family said in a statement.

Two members of the Capitol Police -- Crystal Griner and David Bailey-- were also injured. Griner was hospitalized Wednesday after she was shot in the ankle while Bailey "was treated and released having sustained a minor injury," Capitol Police said in a statement.

A congressional staffer, Zach Barth, was also shot in the leg and has since been released from the hospital.

Rep. Roger Williams, a Texas Republican whom Barth works for, was also hospitalized and released with an injury to his leg.