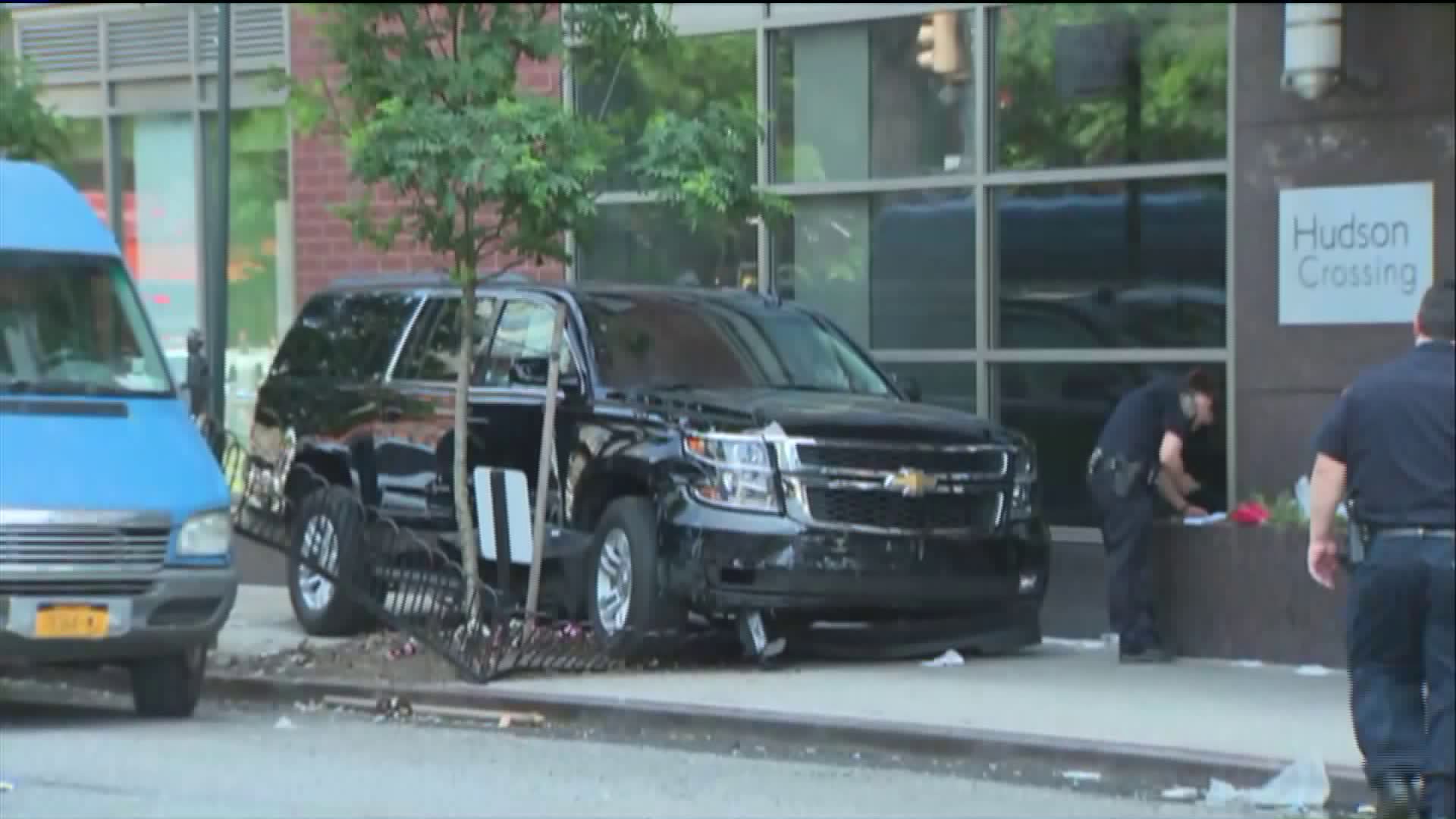 Ten people were injured, including one who was hospitalized, when an SUV jumped the curb in Hell`s Kitchen Thursday afternoon, FDNY officials say

HELL'S KITCHEN, Manhattan — Ten people were injured, including one who was hospitalized, when an SUV jumped the curb in Hell's Kitchen Thursday afternoon, FDNY officials say.

The crash happened about 12:30 p.m. at West 37th Street and Ninth Avenue, according to fire officials.

Livery cab driver Pardeep Singh told PIX11 News he and the driver of a Chevy Suburban with Georgia license plates were both trying to make a right turn at the same time when the SUV driver accelerating, striking the cab and nearly everything else in her path.

The driver of this SUV jumps curb, hits pedestrians crashed into building in midtown @PIX11News pic.twitter.com/FsnyGvAMYP

Two pedestrians were struck. One person was hospitalized in serious condition, and nine people were evaluated at the scene, FDNY said.

Images tweeted from the scene show a person on the ground next to an SUV being treated treated by officials.

Several vehicles were damaged in the crash, including a cleaning van that was apparently rear-ended.

Scene of the crash with SUV on sidewalk, on 37th & 9th #fdny #nypd pic.twitter.com/rMnbUDPzov