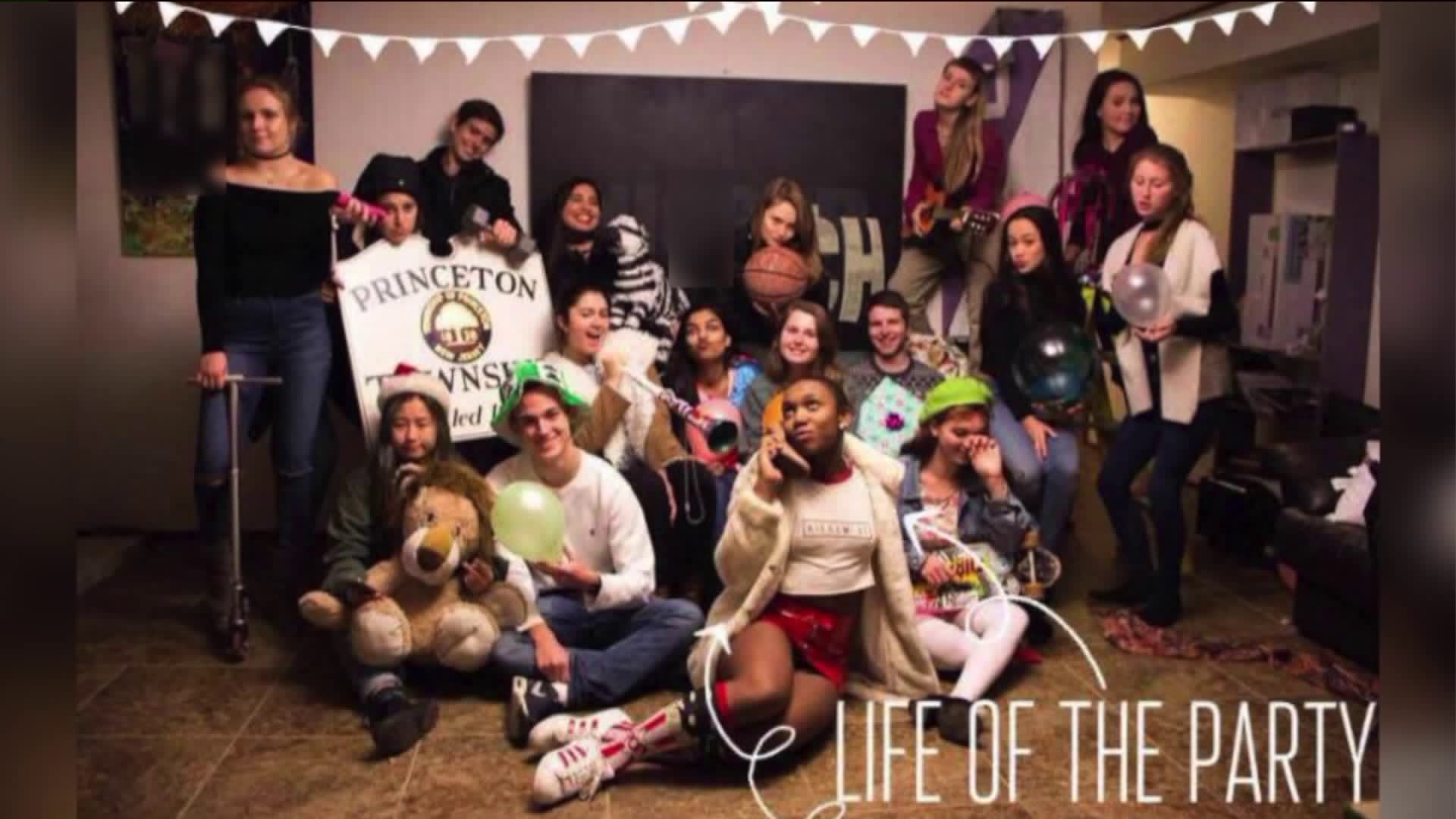 A senior is appealing the decision to suspend her for a day after it was discovered that artwork displaying the n-word and lynchings were in the background of her submitted yearbook photo.

PRINCETON, N.J. — A graduating senior at Princeton High School is appealing the decision to suspend her for a day after it was discovered that artwork displaying the n-word and lynchings were in the background of her submitted yearbook photo.

"Of course! I didn’t even think about it because it's art that's been hanging in my house for a like decade," said Jamaica Ponder, 18. "I’m so desensitized to it and so are my friends."

Ponder and a group of friends posed in her basement with props on a friday night in January. She said she wasn't even thinking of the artwork behind them on her family's wall when they snapped the photo. She submitted it for her yearbook collage and then forgot all about it. Until she was called down to the principal's office last Thursday.

"I said it's a great thing I’m black! Right Mr. Snyder?", she recounted telling the Princeton High School principal, Gary Snyder. "Cause black people can use the n-word. I don’t, and I would never purposely put in the yearbook. But seeing as these are the circumstances, we are in a good position, considering!"

That night, Ponder went home and blogged about the experience.

The following day, she was called back to the principal's office.

Ponder argued that her friends blocked parts of the n-word from view in the photo and that images of lynching are something students see in high school history class.

"This is a word that is extremely intrinsic in America​n history and racism," she stated.

"I apologized and said I didn't mean to put the photos or have the paintings in the background but I didn't think we had a problem further than that."

Ponder served her suspension on Monday. She said her classmates protested on her behalf by wearing signs that read 'suspend me' and standing outside the principals office to demand a meeting. Dozens of students also turned out to a Princeton school board meeting last night to voice their concerns.

Ponder's family has been contacted by the ACLU and they are appealing her 1-day suspension.

Princeton High School’s principal told PIX11 that there were a few senior collages "with insensitive, offensive, and provocative words and symbols of racial bias, bigotry, and anti-Semitism."

"Both faculty and students on the yearbook staff have acknowledged shortcomings in their editorial review process," the principal said, adding that students would be disciplined.