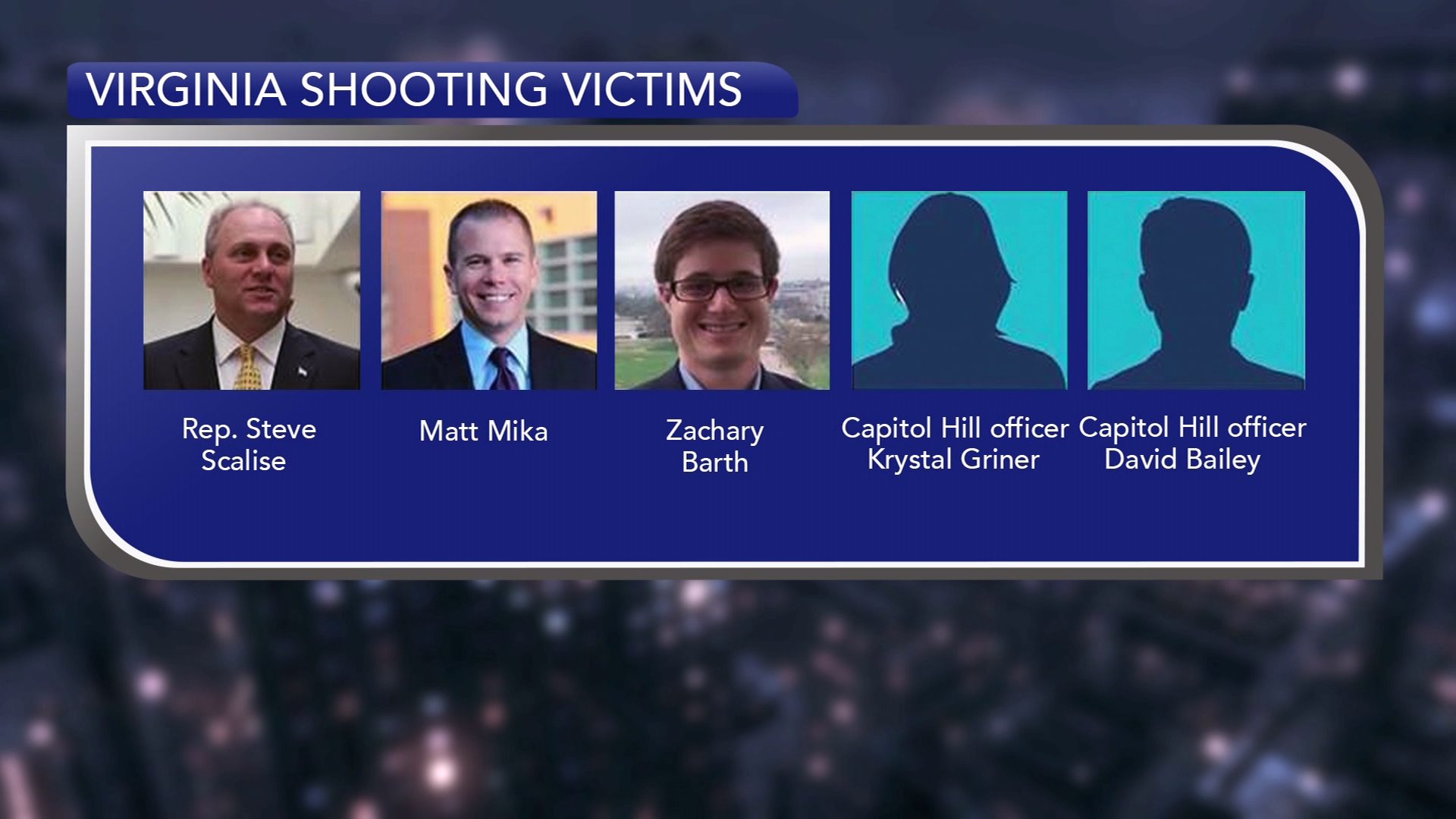 Scalise was among several people wounded early Wednesday when a rifle-wielding attacker fired on lawmakers on a baseball field in Alexandria, Virginia

WASHINGTON, DC — The hospital where Rep. Steve Scalise is recovering after being shot says the congressman remains in critical condition and will require several more operations.

MedStar Washington Hospital Center is also providing a more detailed description of Scalise's wounds. The hospital says he was shot in the left hip, after which "the bullet travelled across his pelvis, fracturing bones, injuring internal organs and causing severe bleeding."

He received multiple blood transfusions and is in critical condition.

Scalise was among several people wounded early Wednesday when a rifle-wielding attacker fired on lawmakers on a baseball field in Alexandria, Virginia, outside Washington. The attacker was shot and later died. He was identified as James T. Hodgkinson, 66, of Belleville, Illinois. His motives were not initially clear.

President Donald Trump made a surprise visit to the hospital Wednesday night. The president and first lady Melania Trump brought two bouquets of flowers to the hospital.

"Just left hospital," he tweeted. "Rep. Steve Scalise, one of the truly great people, is in very tough shape - but he is a real fighter. Pray for Steve!"